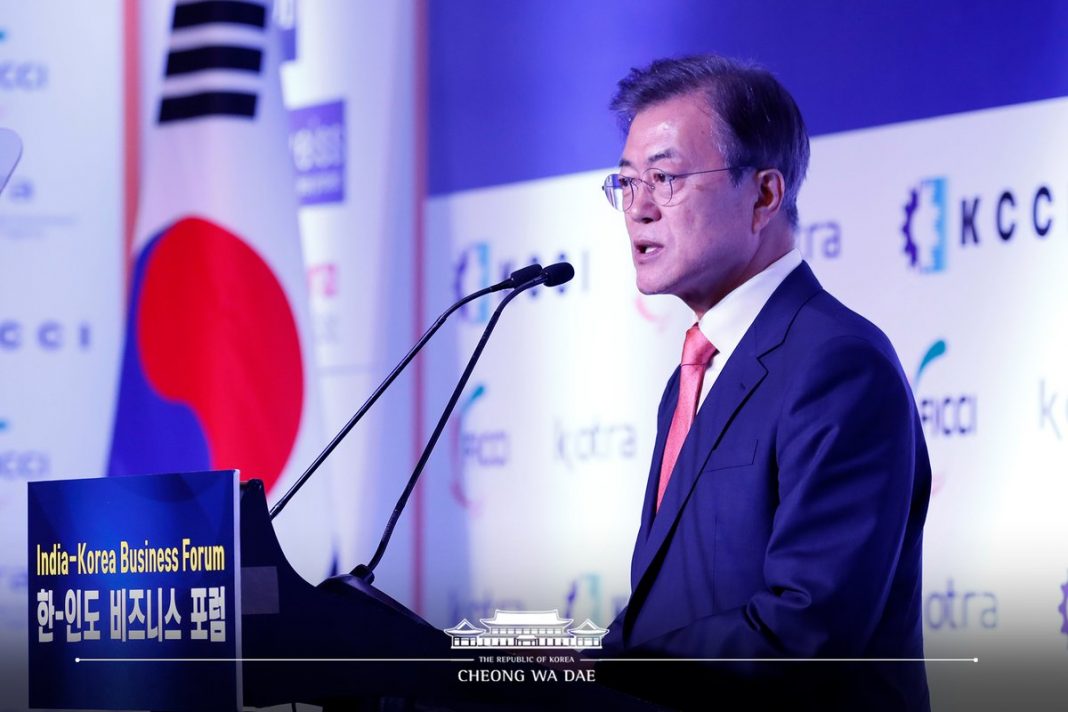 New Southern Policy is a newly established diplomatic effort under President Moon Jae-in’s administration as  part of the Northeast Asia Plus Community of Responsibility. This initiative comprises two pillars: peace and prosperity. New Southern Policy is counted as prosperity pillar in its initial conception. The policy goal is parallel to New Northern Policy but with different target regions. The general idea of this policy is to leverage ASEAN and India as key partners like other major players in the region. This is the first time in the history of Korean diplomacy after the World War II that both ASEAN and India incorporated as strategic priority for South Korea.

After his inauguration in May 2017, Moon has released a series of actions indicating South Korea’s enthusiasm to leverage her relations with the South. The range of activities cover the appointment of the special ambassador to three countries in ASEAN, presidential visits and participation in the ASEAN Summit, the opening of the ASEAN Culture House, the acceptance of students and media’s visit to the Blue House, the consultation between the committee of permanent representatives from ASEAN countries and Korean high-level officials at the ASEAN-Korea Centre (AKC) on June 25, the international conferences on New Southern Policy organized by two different prominent institutions, the Korea National Diplomatic Academy (KNDA) and the Korea Institute of Economic Policy (KIEP). Presidential visit to India and Singapore is a recent example on how serious South Korea is.

Working toward the advancement of mutual interests, both sides need to sufficiently review their perspectives on each other. Moon announced the concept of “3Ps” consisting of people, peace, and prosperity at the Indonesia-Korea Business Forum on November 9, 2017. He mentioned at the forum about “six core cooperative tasks” in order to boost the bilateral relations between South Korea and Indonesia as well. Since then, the 3Ps has become an informal explanation for New Southern Policy. Although the policy itself is still a work in progress, it leaves a room to discuss the policy priorities as well as to engage the strategic stakeholders.

There are some policy challenges that should be addressed. At the international level, all major players like Australia, China, Japan, Russia, and the United States have their own strategic interests in Southeast and South Asia. All of them are bigger than South Korea in terms of both hard and soft power capabilities. They are also engaging ASEAN through their own policies such as the Indo-Pacific strategy, China’s One Belt One Road (OBOR) Initiative, Japan as a long-standing partner of ASEAN for more than forty years. Therefore, South Korea has to find her own stance among these major powers.

Besides, ASEAN and its dialogue partners have adopted the documents on the vision of strategic partnership and the plan of action. These documents have shared some similar characteristics and priorities such as human security matters, ASEAN-centered political and economic multilateralism, ASEAN Connectivity, narrowing the development gap, improving the capacity of ASEAN institutions, and so on. This is an ASEAN effort to ensure its centrality in dealing with the external partners. Segmenting from other players will be another necessary point for South Korea to think of.

At the domestic level, the former ASEAN Secretary-General, Ong Keng Yong, addressed a concern over the consistency of policy performance. South Korea’s foreign policy has been very dynamic. New government always comes up with a new policy. Perceived as a middle power, South Korea has crafted several initiatives such as Northeast Asian Initiative, Global Korea, Northeast Asia Peace and Cooperative Initiative (NAPCI), Mexico-Indonesia-South Korea-Turkey-Australia (MIKTA) partnership. Some of these projects still exist but low profile. Thus, a similar suspicion is raised for the case of New Southern Policy.

In addition, there is a large perception gap between Korean and ASEAN people. A survey by the AKC stated that ASEAN people have widely perceived by Korean people as the laborer, foreign workers and so on. Conversely, many ASEAN and Indian people have an impressive imagination of Koreans as influenced by the Korean pop culture. This subject is very critical because people are not only the core of Moon’s policy tasks but also the principle of ASEAN Vision 2025. People have an encouraging function in nurturing sustainable relations.

Responding to the aforementioned trials, the South Korean government may need to consider the following recommendations regarding 3Ps. On prosperity, the economic relations between ASEAN and South Korea have been very positive by nature. The statistics from the AKC points out a significant volume of trade and investment flow between ASEAN and South Korea. ASEAN is the second largest trading and investment partner for South Korea while South Korea ranks fifth for ASEAN in terms of both  trade and investment in 2016. There is a tendency that the magnitude will be increasing in the near future. As a result, harder works will be related to peace and people.

To promote peace, the South Korean government should employ two-level strategies focusing on ASEAN as a regional organization and an individual country. India, in this spot, will be given a consideration as a plug-in to ASEAN-South Korea power capabilities while ASEAN can have a duty of a bridge-builder between South Korea and India. A research on cooperative situations among ASEAN dialogue partners and South Korea’s suitable posture should be conducted.

Moreover, South Korea-ASEAN-India should work together as a triangular strategic partner in order to contribute to the maintenance of the global public goods and the international division of labor for sustainable development. They should additionally ensure their centrality in the geopolitical struggle between the United States and China. ASEAN and India should maximize the benefit of a limited but constructive mantle of the ASEAN’s charm defensive approach to underline their positions on North Korea puzzle. At the same time, Korea should strongly hold up any cooperation to exercise the maritime security of the Indian Ocean and the Pacific Ocean.

For socio-cultural and people-to-people dimension, South Korea should aim at constructing a genuine and long-lasting relationship by maximizing the benefit of the First Basic Plan on Public Diplomacy (2017-2021). The government should carry out the pilot programs that help narrow the perception gap between Koreans and ASEAN, such as a two-day trip to the Korean Unification Site for Indian people living in South Korea, plus talking with North Korean refugees. From the author’s research, this activity was very successful in framing the mutual understanding of the audiences. It might be useful for enhancing policy objectives on North Korea in the future.

Last but not least, the role and mandate of the AKC should be strengthened. If possible, the AKC should be a control tower of implementing New Southern Policy related to ASEAN. The AKC, as an inter-governmental organization that includes the ambassadors from ten ASEAN member countries as the advisory committee, has professional experiences in arranging people-to-people exchanges and visits, business matching, capacity-building programs, publicizing data and information, and so on. Equally, the AKC is apolitical and well institutionalized with the relevant operative units and networks that have gained a high reputation among ASEAN member states. These features will reduce some political risks and solve the case of uniformity.

New Southern Policy is a policy in making. It reflects South Korea’s attempt at finding her places under the changing global and regional environment. This article addresses some international and domestic challenges consisting of the positioning and segmenting among other players, sustainability, and perception gap between people. These stumbling blocks could be lifted by generating two-level strategies, reinforcing the community-building, engaging people through public diplomacy programs, and enhancing the post and injunction of the AKC. ASEAN and South Korea will celebrate their thirtieth anniversary in 2019. Hope it will be a productive year for healthier ASEAN and South Korea relations. 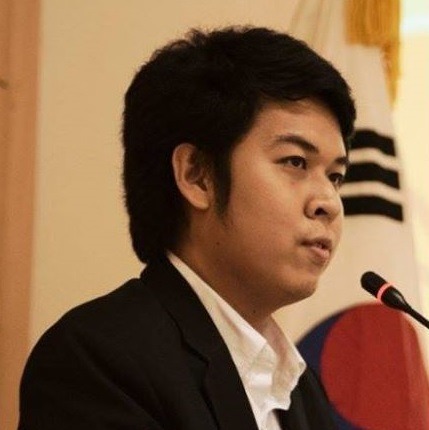