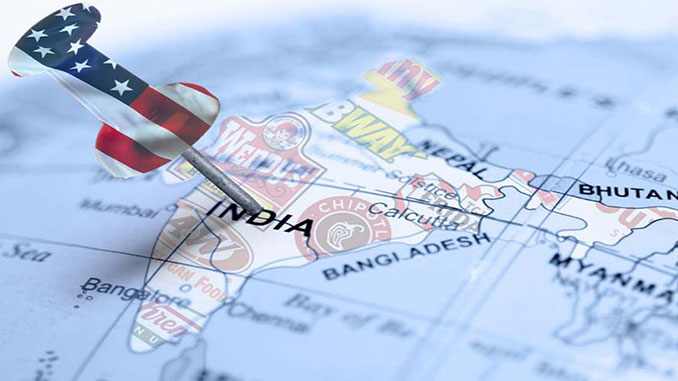 India is an emerging power and going to be a key player in the geopolitical matrix of Asia and the Pacific. It is the second largest country in terms of population and sixth largest in GDP. India also has a huge fertile territory. Since the post-World War II ear, India-US relations have been determined by the dynamics of the Cold War. Geopolitical considerations, not mutual relations – determined American policy towards India in the hot and tumultuous days of the Cold War. There was an invisible curtain between the two nations due to India’s non-aligned position during the Cold War. The future of India-US relations will not resemble the past.

After the independence from the British Crown, Jawaharlal Nehru, the first prime minister of India visited the United States in October 1949. It was the beginning of a new era in India-US relations. President Eisenhower was the first serving President to visit India. Washington supported New Delhi in 1962 China-India war. America even provided military hardware to India during the war. However, relations were not always that smooth afterwards. Historically, we have witnessed ups and downs in Indo-US bilateral relations. The United States’ support of Indian position in the Kargil War in 1999 was the first gesture of its policy reorientation in recent history. Relations between the two countries got renewed momentum during the presidency of George W. Bush. India–United States Civil Nuclear Agreement and Logistics Exchange Memorandum of Agreement have taken their relations to a new height. Treaties, agreements and mutual interests will guide the future of India-US relations. Washington considers New Delhi as a strategic partner. Joint military exercise, technology transfer and defense cooperation point towards a convergence in their mutual interests. India and the United States has a shared vision regarding the geostrategic architecture of the Asia-Pacific. They also share common values and principles as both of them are democracies. Trade and commerce are growing steadily every year. Today, they enjoy nearly 115 billion dollars of two-way trade. India is one of the major destinations for the United States’ foreign direct investment.

The rise of China and its rapid military modernization has caused apprehension and discomfort in Washington and New Delhi. China’s assertive behavior in the South China Sea has amply demonstrated its regional and global ambitions. America has committed its naval and military resources and political capital to counter the influence of China. The United States’ rebalancing or pivot to Asia is explicitly designed to box in the influence and power of Beijing within the confines of East Asia. Washington alone cannot implement the policy of rebalancing. It needs key states from Asia-Pacific region to form a balancing coalition against the dragon. India, Japan, Australia, South Korea, Vietnam and the Philippines are the most suitable candidates for this job. However, India and Japan are anchor states in the United States’ policy of New Containment or Containment Version 2.0.

The United States’ government has published the National Security Strategy paper (NSS) on 18th December 2017. It has identified China and Russia as possible threats to American global interests. According to the National Security Strategy paper, “China and Russia challenge American power, influence, and interests, attempting to erode American security and prosperity.” The NSS has also stated, “China and Russia are developing advanced weapons and capabilities that could threaten our critical infrastructure and our command and control architecture.” The Trump administration sees especially China as a strategic rival because it can compete with the United States in multiple domains, namely military, politics, technology and economics. Notably, the paper has used the term Indo-Pacific instead of Asia-Pacific. It has also placed particular importance on the Indo-Pacific region to indicate India. Page 68 of the document mentioned, “We welcome India’s emergence as a leading global power and stronger strategic and defence partner. We will seek to increase quadrilateral cooperation with Japan, Australia, and India.”  Now, it appears to many scholars that India is too important a player in the Asia-pacific region. So, the statement “American pivot to India” is not an exaggeration. The future of India-US relations is on an upward trajectory.

Current geopolitical dynamics or structure of the international system is encouraging both Washington and New Delhi to coordinate their actions. India is very concerned about the intentions and capabilities of the Peoples’ Republic of China. Beijing’s aggressive behavior and refusal to accept the verdict of international tribunal regarding the South China Sea have fuelled further geostrategic competition and rivalry in the region. The recent Doklam standoff has sown the seeds of distrust in the heart of India.

China has nearly four times the GDP of India. Beijing has shown marked improvement in designing and producing major military weapons where India is still facing enormous challenges. The communist country has emerged as a fourth largest exporter in the global arms trade, in contrast, India is the number one importer of military hardware. All these developments have pushed India into the arms of the United States. Only America can reliably help it recovering its weakness. The groundwork for the future of India-US relations has already been done. The coming days will attach flesh to the skeleton of their present relations.

America and India will get even closer in the coming days. Distribution of power in the international system, shifts in the geopolitical settings and rise and fall of great powers determine the status of major power relations. A tectonic shift in the fabric of geopolitical landscapes makes a previous friend a foe and an enemy a friend. Einstein’s law of relativity is also applicable to the domain of international relations to some extent. Friendship and enmity are relative, not absolute and they also revolve around a strong gravitational force called the balance of power. America and India are on the same page in the geostrategic space-time continuum.