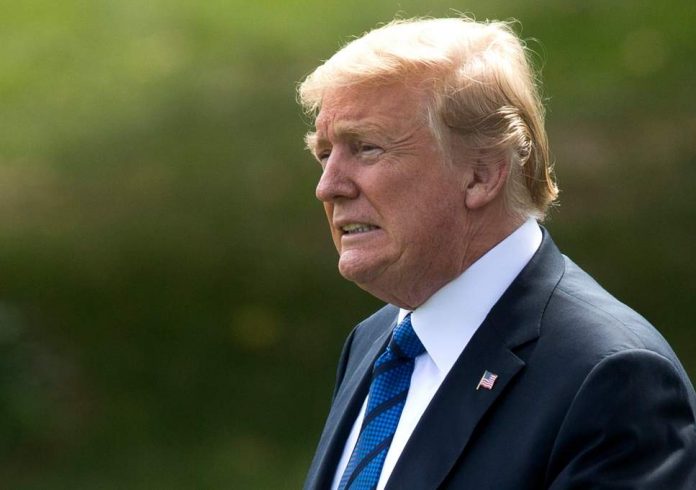 Trump-era trend of the locus of U.S. foreign policy shifting to the Capitol Hill set to accentuate as Democrats retake control of the U.S. House of Representatives.

The incoming chairman of the U.S. House Committee on Foreign Affairs, Eliot L. Engel recently declared that his committee will “waste no time before beginning inquiries into how the White House, the State Department and even the Trump Organization have been conducting foreign policy.” If viewed from the standpoint of President Trump’s oft-repeated claim of the Democrats only knowing “how to obstruct, demolish and destroy”, this statement may have borne a partisan flavor for some. However, on foreign policy matters, the reining of Trump’s powers by the U.S. Congress has been underway for quite some time now. Often, the same has occurred not solely at the behest of the Democrats, but also in conjunction with the Republicans.

For about seven decades since the end of the Second World War, American primacy stood bedrocked by its vigorous advocacy of liberal market economies, its furtherance of Wilsonian democratic values, and its intricate web of alliances and security partnerships. Over time, this confluence produced an era of relative peace –– absence of war between major powers, to usher an era of unprecedented prosperity that lifted millions out of poverty.

Today, as President Trump pushes the U.S. onto the brink of mercantilist trade wars, reneges on multilateral security arrangements, and questioned the rationale behind sustaining U.S. security commitments, future of American primacy stands at an abyss –– not due to defeat by a peer strategic competitor but by wilful “abdication”. In an effort to then safeguard those fundamental tenets of U.S. foreign and security policy that informed its primacy, American legislators –– often with a bipartisan mandate, have sought to stem the tide against Trump’s disruptive inclinations.

Consider the recent instance of Trump’s ambivalence towards Saudi Arabia’s killing of journalist Jamal Khashoggi. In view of impending U.S. arms sales to Riyadh, President Trump refused to levy sanctions on the Kingdom. To force Trump’s hand, a bipartisan group of 21 House legislators has introduced a bill to cease all impending arms sales and aid to Saudi Arabia. On Trump’s questioning of sustaining U.S. troops in South Korea, the John S. McCain National Defense Authorization Act deemed the “significant removal” of U.S. military forces on the Korean Peninsula as being “a non-negotiable item”. Signed into law by Trump, it also prohibited the use of funds to reduce troops levels below 22,000 without certification from the secretary of defense.

On Trump’s repeated derision of the North Atlantic Treaty Organisation (NATO), a bipartisan set of bills introduced in the House and the Senate deem “no funds are authorized to be appropriated, obligated, or expended to take any action to withdraw the United States” from the transatlantic alliance. Further, at the outset of the Trump presidency, in guarding against his intended embrace of Russian President Vladimir Putin, legislators passed with a veto-overriding majority (419-3 in the House and 98-2 in the Senate) the Countering America’s Adversaries Through Sanctions Act (CAATSA). Signed into law by Trump –– albeit grudgingly, CAATSA tied the president’s hands on Obama-era sanctions by mandating him to “submit for congressional review certain proposed actions to terminate or waive sanctions with respect to the Russian Federation.”

One may argue that such actions by the U.S. Congress are unprecedented given their long-term implications on the power balance between the legislative and executive branches as enshrined in the U.S. Constitution. For instance, the tabled bill to halt arms sales to Riyadh may not seem unprecedented as in the past, the U.S. has sought to “improve a customer nations’ behavior on human rights” by using arms sales as a lever. However, in this case, the bill aims to improve the behavior –– if you will, of a sitting American president by constraining his executive authority to “conduct diplomacy with other countries” on behalf of the American populace. Other tabled bills like the Restricting First Use of Nuclear Weapons Act –– prohibiting “the President from using the Armed Forces to conduct a first-use nuclear strike unless such strike is conducted pursuant to a congressional declaration of war” –– may be seen as constraining the president’s role as the Commander-in-Chief of the U.S. armed forces as enshrined under Article II, Section 2 of the U.S. Constitution.

However, in the age of Trump, concerns over the long-term ramifications of such a locus shift away from the Oval Office stand rightly eclipsed. In the immediate term, guarding against Trump’s worst impulses on American international relations stands imperative. Thus, foreign policy elites asking the U.S. Congress “to step up and provide adult supervision for the White House to keep the US safe” does not necessarily constitute hyperbole.

Although the Republicans continue to control the Senate, these Democrat-led committees in the House can serve important oversight duties that have stood diminished in the recent past.

In holding the Trump administration “in check and counter the policies that have undermined American leadership around the world”, these Democrat-led committees will hone powers to issue subpoenas and request documents. The same may be employed to tackle issues –– that Republicans have at times slow-walked on, like President Trump’s conflicts of interests with respect to business interests abroad informing foreign policy decisions (the Trump Ocean Club in Panama being a case-in-point), and alleged reprisals (“loyalty tests”) by Trump appointees against career civil service and foreign service officers at the U.S. State Department.

Further, civilian oversight of the U.S. military has stood diminished in the Trump era. As one House Democratic Staffer staffer put it, “If Obama was guilty of micromanaging the Pentagon, Trump is the opposite, so you’ll see a lot more oversight in that regard.” Trump has indeed accorded unprecedented levels of operational latitude to theatre commanders, and reduced transparency on troop levels and civilian casualties. In addition, other issues such as Trump’s ban on transgenders serving in the military and a complete disregard of climate change (Trump’s National Security Strategy doesn’t mention climate change even once) can be probed via conducting more committee hearings with senior security establishment officials like Secretary of Defense James Mattis, Joint Chiefs chairman Marine General Joseph Dunford, and U.S. Combatant Command chiefs.

In summation, as discussed, Republicans often joined hands with their Democrat colleagues to table or pass bills aimed to rein back Trump’s foreign policy powers. However, given their control of both chambers of Congress, expectations of the ruling party to credibly conduct oversight duties on their party’s president stood limited.

Furthermore, evidenced by the Republican-led House Intelligence Committee’s poorly-substantiated conclusion of the Trump-Russia probe earlier this year, such an expectation may even be deemed as futile wishfulness in a polarized democracy such as the United States. With the Democrats now poised to retake control of the House, one can expect the underscored Trump-era trend — wherein the locus of U.S. foreign policy shifts towards the Capitol Hill — to accentuate with greater oversight of Trump’s actions abroad. 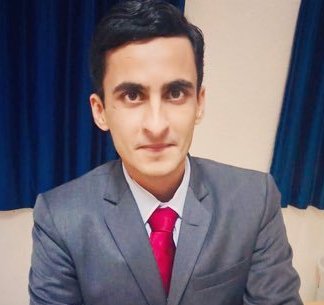 Kashish Parpiani is a Research Fellow at the Observer Research Foundation (Mumbai). His research interests are U.S. Grand Strategy, U.S. Civil-Military Relations, and U.S. Foreign Policy in the Indo-Pacific.