This year Kazakhstan is marking its 30th anniversary as an independent state. Just three decades ago, a relatively short period of time in historic terms, we were part of the Soviet Union with an economic and political system that could not be further from our current model.

As a nation, we have come a long way to creating a free-market economy and functional democratic institutions. The development of a thriving civil society was a major factor in achieving our objectives. Civil society was practically non-existent during the Soviet times, so we had to start practically from scratch to build it from the ground up. Our experience offers a blueprint for other nations that are on the path of democratic and economic development.

Just after our independence, only a few dozen non-governmental organizations (NGOs) operated in Kazakhstan. Today, there are around 22,000 registered NGOs. Major political processes proceed with active participation of civil society institutions. For example, Kazakhstan’s Civil Forum, held every two years, provides a platform for heads of government bodies and representatives of the civil society to engage on numerous issues, including on political rights.

In 2019, the government also established the National Council of Public Trust, an influential consultative and advisory body where pressing problems of the state and society are discussed by reputable experts and popular public figures with the direct participation of the Kazakh President, Kassym-Jomart Tokayev. As a mechanism for meaningful dialogue between the government and society, it plays a key role in discussing critically important reforms.

To empower the civil society with vital resources, we have substantially increased a pool of state funding available for NGO projects from 100,000 to 45 million US dollars. As a result, more than 1,600 civil society projects were implemented throughout the country last year.

Along with facilitating dialogue between the public and the government, another key objective is to give more influence and power to the people. In this regard, the Ministry of Information and Public Development of Kazakhstan, which I lead, has developed a draft law “On Public Control”, aimed at giving our citizens more opportunities to oversee government activities. We believe that this measure will increase the transparency of the state and the quasi-public corporations.

In addition, the institution of public councils of various levels has been developed in our country – under the state local public administration bodies. Their activities also recently began to be regulated by law. Thanks to this, the procedure for forming the composition of public councils has been improved, which increases the transparency and accessibility of the competitive selection of members, their powers, rights and obligations have been expanded.

The important role of our civil society became increasingly clear during the COVID-19 pandemic. For example, civil society representatives, including volunteers, played a big part in ensuring that the pharmaceutical businesses do not engage in price collusion at the domestic market and do not create an artificial shortage of necessary medicines. The work of volunteers was so vital that our government implemented measures to encourage the creation of new volunteer organizations. Their number has trebled over the past 18 months, reaching over 600. Approximately 200,000 of our citizens are now actively involved in the volunteering sector, a significant number for a country with a population of just 19 million people.

Perhaps most importantly, the development of Kazakhstan’s civil society has also contributed to the implementation of political reforms aimed at protecting human rights and modernizing our political system. They include the adoption of a new law on peaceful assemblies, which makes it significantly easier to organize protests, the decriminalization of libel, the introduction of a 30% quota for women and youth under 30 in the political parties’ lists of electoral candidates, as well as the accession to the Second Optional Protocol to the International Covenant on Civil and Political Rights on the abolition of the death penalty. In addition, the number of signatures required to establish a political party has been halved.

All these reforms form part of the “Listening State” concept, put forward by President Tokayev. Its purpose is to encourage government representatives to hear the views of the public and the civil sector and introduce reforms accordingly.

Despite the progress that we have made, we do not shy away from meaningful dialogue with our international partners on how we can cooperate in the further development of civil society. We closely collaborate with the U.S. Commission on International Religious Freedom, with the new OSCE Representative on Freedom of the Media, Teresa Ribeiro, and are soon hosting the third EU-Central Asia Civil Society Forum.

Ultimately, the development of an active civil society remains a key priority for Kazakhstan’s state policy. Of course, we still have some way to go to ensure that our civil society sector reaches the standards of well-established democracies that have had much longer time to work on this process. Yet given our history prior to independence, we are proud to have implemented a system that increases the level of participation of citizens and NGOs in the political decision-making process and management of public affairs. 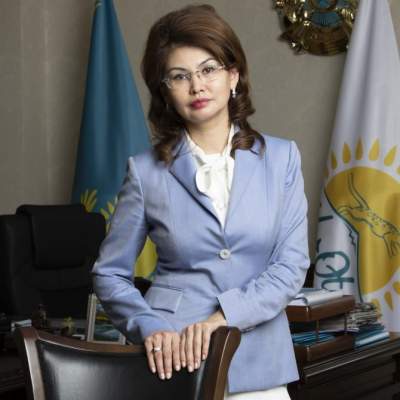 The author is the Minister of Information and Public Development of Kazakhstan.

Non-State Actors and the End of the Westphalian World?