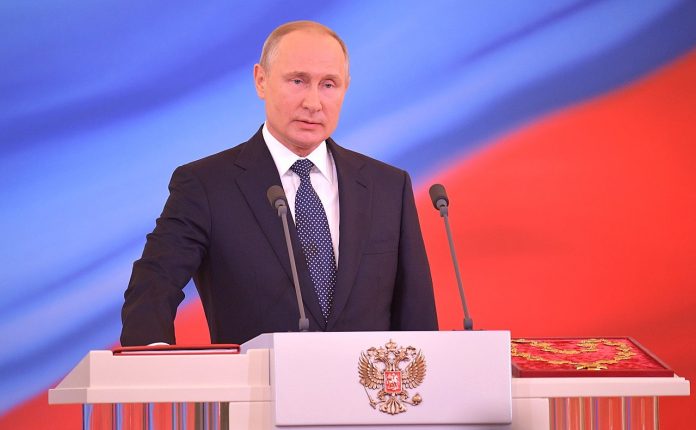 Today, Russia is trying to play an influential role in Iraqi politics. Its major oil companies have invested in many of Iraq’s oil fields since 2010. One of these companies, Rosneft, tried to mediate between Erbil and Baghdad in the aftermath of the failed Kurdish referendum on independence from Iraq. It wanted to settle the troubled relations between these sides to facilitate exporting oil. As a reaction to the step of the Kurdish separation, Baghdad, during that time, decided not to transport oil through the Iraqi Kurdistan Region (IKR) to economically punish the Kurdish parties. Hence, Russia thought it must exploit that event to accomplish some of its geopolitical aims.

Russia seeks to confirm its presence in Iraq’s energy sector. Mikhail Bogdanov, the Russian deputy foreign minister, visited Baghdad on Feb. 4, 2019 and met with Adel Abdul Mahdi, the Iraqi Prime Minister. Bogdanov discussed with Abdul Mahdi the Russian desire to extend its participation in the projects of developing Iraq’s oil and gas fields in the IKR and the other parts of Iraq. Moscow knows well that Baghdad considers it a neutral international player that can help Iraqis in making their country more stable, prosperous, and secure.

Russia has many geopolitical ambitions in the IKR. Russia does not like to give the US the freedom to decide the fate of this part of Iraq. Moscow has built closer relations with Erbil through the huge investments in the oil pipelines, though the move can anger Baghdad. Before the Kurdish plebiscite, held in September 2017, Russia was also investing in the pipelines that transport Natural Gas from the Kirkuk and IKR to Turkey and Europe. It was looking to completely control the Kurdish energy exports to the international markets. Unlike the US, EU, and Turkey, Russia was accused of taking double positions, because it did not openly reject the Kurdish referendum, proving that these powers have contradicted benefits and views towards the future of the IKR.

To confirm its policy, Russia in 2018 was making real efforts to reconstruct the energy sector in the IKR. “Over the past 18 months, the Russian company has paid about $3.5bn to the Kurdistan administration including $400m to develop five exploration blocks; $1.8bn for control of the region’s export pipeline, and a $1.2bn loan in pre-payment for oil produced by companies other than Rosneft,” according to the financial times.

Moscow is currently betting on its role in helping Baghdad by transporting Kirkuk’s oil to the Mediterranean Sea. In 1952, Kirkuk-Baniyas pipeline was built to meet that desire. It extends for 800 kilometers and carries 300,000 barrels per day of crude oil. It was closed many times, especially when the Syrian-Iraqi relations became soured in the 1980s. In 2003, the Iraqi part of this pipeline was heavily damaged by the US airstrikes during the invasion of Iraq. In 2007, a Russian oil company, Gazprom, was scheduled to repair the pipeline, but financial problems prevented the Iraqi side from achieving that goal. In 2010, Iraq and Syria agreed to build two new pipelines from Kirkuk to Baniyas port. The first pipeline was supposed to carry 15 million barrels of heavy crude oil per day, and the second pipeline was supposed to carry 125 million barrels of lighter crude oil per day. Nowadays, Russia is trying to convince the Iraqi and Syrian governments that it can successfully implement this project.

In both cases, the Kirkuk-Baniyas pipeline is considered one of the Iraqi alternative routes to export oil in case the Strait of Hormuz is closed due to the Iranian-American tensions in this region.

The activation of this pipeline will reshape the relations between Baghdad and Erbil. Baghdad will get rid of its unilateral dependence on the transfer of oil to Turkey through the IKR. This will reduce the geostrategic importance of this region’s location. This option will also affect Erbil’s ambitions to control Kirkuk again. In such a situation, Baghdad thinks that it will have more futuristic opportunities to make Erbil leave the dream of separation from Iraq. Baghdad knows well that this Kurdish dream cannot be done without annexing Kirkuk to the imagined Kurdish state. As a result, Baghdad and its allies will tighten their grip on this vital city. Hence, the Kirkuk-Baniyas pipeline might lead to postponing this Kurdish aspiration, at least, for decades to come.

From the geopolitical perspective, this pipeline track will strengthen the Iranian-Russian alliance. Before Da’ish control on Mosul city in 2014, there had been an intensive talk on an Iranian desire to build a pipeline connecting its oilfields to the Kirkuk-Baniyas pipeline. Many analysts discussed that project and said it would be a part of the international and regional game that determines who could dominate the routes of pipelines in this geographical area. Iran, furthermore, was encouraging the Iraqi government to restore the Kirkuk-Baniyas pipeline. Iran is now relying on its relations with Russia to reactivate this project. There is a hope that this pipeline will link the fate of both Iran, Russia, Iraq, Syria, and even Lebanon economically and militarily. By this way, the US will not remain the single player who can decide the political equations of this oil-rich region.

Russia and its allies will have to secure the geography of this project, which passes through many Iraqi and Syrian cities where Da’ish once occupied. There are still reports affirming that Da’ish has sleeper cells there, especially in Iraq. Therefore, Da’ish might revive its ability to attack the Iraqi state and its facilities, including oil pipelines. Regional and international rivalries may continue creating unstable situations in these parts of Iraq and Syria. How Iraq can manage this challenge is the question that Iraqi policymakers must take into account.

Russia today yearns to be a new actor in Iraq. It has found in the Kirkuk-Baniyas pipeline one of the important gates through which it can enter into the Iraqi scene. It is attempting to work with Iran to repair this pipeline and looking to build new ones to transport oil from Kirkuk to the Syrian Baniyas port on the Mediterranean Sea. Baghdad craves for investing in this project for geopolitical reasons, but it knows that this plan would face political and security dilemmas, especially in the areas where this pipeline crosses. Though it might be a good option to export Iraqi oil, Baghdad is afraid of the US and the Arab countries’ reactions towards this project. 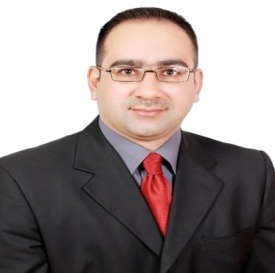