In addition to its historical and cultural depth, as a state with a rich experience, Egypt has a deep-rooted foreign policy tradition that is fed by its own geopolitics. When we look at that so-called tradition in a general view, it is initally seen that Egypt’s foreign policy has historically been based upon three main pillars from its own strategical and geopolitical perspective. The first of these is the “Arab/Islamic” dimension that reflects the etho-cultural identity of the country. The most important fact that Egypt’s being mentioned as the natural leader of the Arabs in the Middle East in modern times is based on the mentioned Arab-Islamic identity. Egypt firstly announced its claim for regional leadership with the foundation of the Arab Republic of Egypt in the second half of the 20th century. Undoubtedly, the charismatic political leader of the Arab Nationalism and the strong rhetoric of Gamal Abdul Nasser played a vital role on that claim. Because of this, Egypt voiced its claim on regional leadership in the highest pitch throughout the first half of the Cold War and made the other Arab states acknowledge this “elder brother role” in the Middle East. There is no doubt that the Egyptian foreing policy of the Nasser era succeeded in the architecture of this leadership between 1950 and 1967, which is one of the most turbulent periods of the modern Middle Eastern political history. As a matter of fact, several turning points of the Cold War Middle East, such as War of 1948, the Suez Crisis of 1956, Syrian Crisis of 1957, the Coup in Iraq in 1958 and the Second Arab-Israeli War of 1967 occured within this period. With the influence of the regional and global dynamics in the conflict areas such as the Suez Crisis which directly affected Egypt and the Arab-Israeli Wars, which fundamentally affected the Arab states and societies, Nasser’s Egypt reinforced its regional leadership and the acceptance of this identity by the other states of the region. Thus, the same period served as a time, in which Nasser was successfully introduced as the charismatic leader of the Arabs in the regional sense in terms of both the political discourse and activism.

Along with the Arab-Islamic etho-cultural identity, the second important pillar that builds the Eyptian foreign policy tradition is the “African” dimension as a historical and geopolitical output. According to this pillar, which is built with a geopolitical counciousness on the African identity, the “Unity of the Nile Valley” has been accepted as the most important political initiative of Egypt since the 19th century. So, this approach which is historically corresponds to the period of Muhammad Ali Pasha in the first quarter of the 19th century, when the Egyptian administration started to build the modern Egypt by following  a regional unification project in terms of foreign policy, including Sudan and Ethiophia, which were seen as the backyard of Cairo. The African pillar, which includes a wide range from the use of the Nile River to the military security of Egypt, constitutes one of the basic components of the Egyptian foreing policy tradition in this context. Besides this, the African politics came into existence in the era of Nasser especially after Egypt assumed one of the leaders of the Non-Aligned Movement with the Bandung Conference of 1955 in the 20th century. With the effect of this new leadership, Nasser managed to enrich his African policy with a high-level of anti-colonial and anti-imperialist political discourse among the newly-independent African states as a result of the de-colonisation process of the time in the global politics. In fact, Nasser administration successfully used this rhetoric in the other Non-Aligned Movement conferences, such as in Belgrade and in Cairo, and strengthen the Egyptian foreign policy’s Arab-Islamic pillar with the African dimension. However, in the post-Nasser period, as seen in the Arab Nationalism/Pan-Arabism point, there were gradual roll-back in the African dimension and this decline in the time of Anwar Sedat was completely replaced by a Western domination on the Egyptian foreign policy in the period of Hosni Mubarak in the 1980s.

The third and the last pillar of the modern Egyptian foreign policy tradition is the “Western” dimension of it. Geopolitically including the Mediterranean World, and especially following age of modernity, culturally and historically “being a Westerner” has always effected the identity of the country. Egypt’s history of modernization in terms of Westernization, which dates back to the early 19th century, has affected Egypt by creating a new dimension to its foreign policy understanding. Particularly in the 20th century, the Western approach, although seemed to be thrown into the background time to time due to the effects of both global and regional reasons, declined in the European side in the 1970s and the U.S. dimension on the contrary showed a period of getting stronger on Cairo. In this period, which corresponds to the post-Nasser era, Egypt, which faced difficulties in implementing reconstruction projects due to its low internal economic sources, had the possibility of opening the doors of the country for direct foreign capital investments and removing the political obstacles to borrowing from international credit institutions. These economic and political efforts of Egypt gave way to the Western dimension of their foreign policy to take the first place among the other pillars. In the Cold War Middle East, where Western-centered foreign economic aids also meant the preservation of the power in domestic politics, the Egyptian foreign policy decision-makers of Sadat and Mubarak preffered to strengthen the Western dimension to preserve the regional leadership of their country and the continuation of their power in domestic politics. There is no doubt that the Westernist approach has also been discussed in the Egyptian domestic politics, while the traditional secular strata of the country besides the civil-military bureaucracy supporting this approach that corresponds to their own civilization images; the Islamist oppositions, especially the Muslim Brotherhood, have taken their positions against this policy for several political and religious reasons.

Especially, as a result of the reflection of the global balance of power in the Middle East of the 1970s, when the Cold War entered the period of Détente, Egypt began to adopt a more Western-centered foreign policy in the period of Anwar Sadat. This preference of Egypt turned into a one-dimensional Westernism centered on the U.S. in the 1980s, when the outcome of the Cold War began to be evident. As a matter of fact, the Western-centered foreign policy, which started to manifest itself with the Infitah and Egypt-Israel peace negotiations known as Camp David process during the period of Sadat, made Egypt one of the most reliable allies of the U.S. in the Middle East since the end of the Cold War. 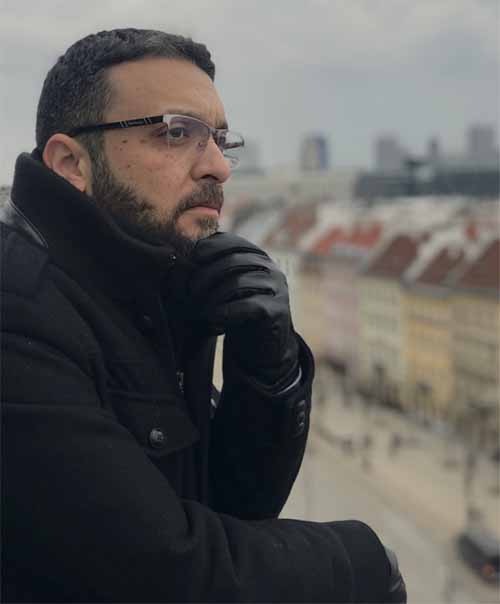