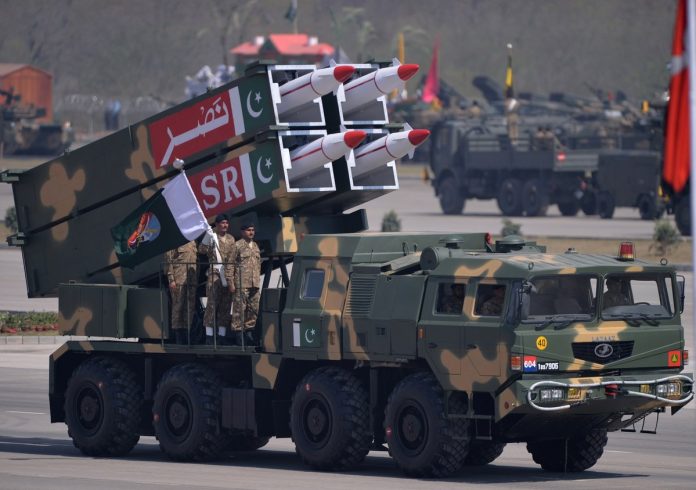 By agreeing to build Kartarpur corridor, Pakistan and India have taken a historic step to help the pilgrims of Sikh community of India to visit the Gurdwara (Sikh temple) in Kartarpur, Pakistan. Though not a major breakthrough in the two countries’ bitter relations, the step is seen as a useful diplomatic move, kindling the hope of good relations between them. Caught in strained ties over several issues of many decades, the two countries must initiate negotiations to resolve their bilateral issues.

As the two South Asian neighbors have always been criticized internationally for their intolerance towards the minority religions, the corridor can help them to show a more tolerant image towards these religions. India can also use the corridor to show her Sikh community that attempts have been made to address their problems before the national elections which are due in April/ May next year.

As Kashmir issue is central to the relations between Islamabad and New Delhi, a solution to it is a key for their relations to improve. Though both the countries have tried several formulae from diplomacy to talks to war for settling the issue -no formula has succeeded. Yet, talks remain the best option to settle the issue.

On 4 December 2018, Pakistan Prime Minister Imran Khan said, “Kashmir can’t be resolved through a war”. He added that Pakistan was serious to develop peaceful ties with all its neighbors. This is a significant statement because it has come at a time when Pakistan is passing through a critical phase –politically and economically.

Politically, Pakistan is in dire need of stability so that its social sectors like education, sports, and anti-corruption institutions can get suitable conditions to operate. The political stability will help Islamabad to improve its ties with the other nations unhappy with it for its purported sympathy with the non-state actors.

Political stability inside Pakistan is essential for China-Pakistan Economic Corridor, an ambitious multi-billion dollar project of China. The project goes through Pakistan and can land in trouble amid the latter’s political instability. Bad ties with India are a threat to CPEC, a matter which is a cause of concern for Imran Khan led Pakistan Tahrek-i- Insaf.

Economically, Pakistan desperately needs a boost to improve its private sector, reduce unemployment and pay foreign debt. Loans and aids from foreign countries and global institutions are needed to boost the economy. Analysts and experts believe that Pakistan requires around $ 28 billion to meet its financing needs.

The political and economic stability is not possible unless there are good relations with the neighboring countries. Such relations create conducive environment for foreign trade and keep anti-social elements away.

Pakistan’s bad relations with its immediate neighbors- Afghanistan and India- can never help it. America is putting pressure on Islamabad to support its “peace efforts” in Afghanistan. Pakistan does not want to interfere in Afghan affairs, something which has angered Washington. In reaction, the US has not only cut military aid to Pakistan but also has gone closer to India besides making the IMF loan difficult for it to get.

Soured ties with India are hurting Pakistan from another angle. Taking full advantage of the bad ties between US and Pakistan–  India has strengthened her ties with Washington. America sees India as its strategic partner in the region and projects her as a South Asian leader. For Washington, India is a key partner in Afghanistan peace process. Meanwhile, India and Afghanistan share good relations and New Delhi is supporting the rebuilding of Afghanistan.

Moreover, the Paris based Financial Action Task Forces’ (FATF) listing of Pakistan in the ‘grey -list’ this year over the charges of global ‘terror finance’, has given a strong excuse to Islamabad’s competing neighbors to isolate it regionally and globally. However, PM Khan’s government is going to submit a compliance report to the FATF in the first week of January. In 2016, India refused to participate in the SAARC summit held in Pakistan. Some other SAARC countries followed suit, a move which was seen as a symbol of their support to New Delhi’s stance against Islamabad.

Perhaps, the prevailing situation in Pakistan, led PM Khan to say that “a war cannot resolve the Kashmir issue”. But, he stopped short of saying that good ties are essential for talks to begin. To establish good ties, Indian and Pakistani leadership must act wisely and consistently. Domestically, both must gain support from their public and deep states to move forward.

Also, there is a need of Confidence Building Measures (CBMs) before talks can begin. High-level visits from both the countries at the political, military and diplomatic level can prove good CBMs. Sports, trade and cultural programs can also have positive effects.

With the election of Nawaz Sharif as Pakistan’s Prime Minister in 2013, it was expected that dialogue would be preferred to build trust and resolve the thorny issues. And when Narendra Modi invited him to India for the swearing-in ceremony in May 2014, Sharif took a realistic path by participating in the ceremony. This move by the premiers was seen as a CBM. But there was no progress afterward and the deadlock went on.

Some people think that India should go for a military solution but such an action can lead to a nuclear war. A major war between India and Pakistan may kill millions of people. Further, the foreign debt will rise and the prices of basic essentials will increase.

Moreover, Pakistan has half a million well equipped and trained troops, a strong air force, powerful missiles, and possibly more nuclear warheads. Hence, India cannot have a cake walk exercise to force Pakistan into submission. Pakistan can muster courage from its capacity of retaliation to counter-attack. That will lead New Delhi into a tight corner, leaving it with no other option but to step up the conflict. Since both the countries possess nuclear weapons, a disaster of nuclear war can result in the region only to consume both men and material regionally and globally.

Therefore, India cannot afford a war. She has other options to use and get rich dividends. For example, she can use diplomacy, watchfulness, and talks as the best ways to deal with Islamabad. India’s policy of “no talks unless insurgency stops” needs a review. Pakistan should also revisit its policy towards India.

Talks, not war, is the best option to solve all the bilateral issues including Kashmir. Both the nuclear powers have been using their respective media to attack and undermine each other and to score political points with their electorate through rumors, war threats, and blame games. Iran nuclear deal (though dead now) is a perfect example of the utility of talks in resolving issues.