Like many others around the world who have visited Algeria and follow its politics, I have been watching intently the development of the post-Bouteflika era. Longtime president of Algeria, Abdelaziz Bouteflika, resigned on April 2nd after weeks of peaceful protests.

But while complete regime change seems unlikely for one of the Arab world’s most populous, oil-rich countries, so does political stasis. Algeria’s young, engaged population is already altering their government’s decision-making and rejecting the narrative that their only choice is between the authoritarian status quo and chaos. And, at least for now, their leaders appear willing to make concessions to avoid more serious unrest.

What will not change.

There is much that will not change in Algeria in the short term. Abdelaziz Bouteflika may have resigned on April 2, but he has not been running Algeria for some time. Those who have are still in power. Through consensus, the president’s allies put in place a caretaker president, Abdelkader Bensalah, who will take part in a transition process that will include a presidential election within 90 days. Bensalah has been the head of the Council of the Nation since 2002. The Council of the Nation is the upper house of parliament created in 1997 to help ensure political stability as the country resumed parliamentary elections during the decade-long civil war. Two-thirds of the Council of the Nation’s members are indirectly elected by regional and local councils, and one-third are appointed by the President of the Republic (that is, by Bouteflika until April 2, 2019). The Council provides an important safety valve against legislation that is not approved by the executive from passing into law because the Council must approve any legislation emanating from the lower house by 3/4 vote.

Bensalah’s appointment also points to the importance of the bonds of political and military clan and regional origin. Like Bouteflika, Bensalah is from western Algeria. Bensalah grew up in Morocco during Algeria’s war of independence from France (1954-1962), and took part in the country’s independence struggle against its colonial occupier. Bensalah has represented Bouteflika at official events. Whatever his personal views and what type of a leader Bensalah will be, Algeria’s elites are still very much in control of the country’s transition process.

But elites also face constraints and are debating how to proceed in the face of unrelenting protests. Protesters rejected as caretaker president Noureddine Bedoui who, as Interior Minister, presided over flawed elections. Protesters will not be satisfied without some change to the system and a greater say in who will be president. This reality is deeply unsettling not only to entrenched political and economic elites in Algeria but also to regional powers with an interest in stability.

There have been other shake-ups as well. Athmane Tartag, head since 2015 of the Département du Renseignementet de la Sécurité (DRS), the army’s very effective internal intelligence agency, and veteran of the civil war between the state and armed Islamist groups in the 1990s was sacked within days of Bouteflika’s resignation.

Yet unless changes in Algeria include truly fair presidential elections that allow the people — not elites — to choose the next president and unless reforms include a new constitution that provides for the possibility of checks and balances, addressing serious problems such as systematic corruption and weaknesses in the health and education sectors will be difficult, if not impossible. Such constitutional changes might include direct election to the upper house of parliament and requiring governors (walis) to be elected, not appointed as they are now. These structural changes will not come easily.

Between continuity and change.

To be sure, radical change is likely not coming to Algeria. At least not quickly. Elites still control the process and the military will continue to play a guiding role. Lt. Gen. Ahmed Gaed Salah called on Bouteflika to resign, leaving Bouteflika and his supporters no choice but to end his mandate. The military will also provide a bulwark against violence and instability as elites negotiate what comes next.

Yet while complete regime change is unlikely, neither is complete stasis—not in the post-Arab spring era. The circle of what is possible in the minds of Algerian citizens has changed. Hopefully, Algeria’s rising new leadership will recognize the necessity of difficult economic and political reforms.

But while the military has long warned the people of the specter of civil war, the days of quelling demands for justice and dignity with token concessions may be coming to an end. Algerians will soon have a new president, but ending systemic practices of corruption, achieving rule of law, and building an accountable political system will be much more difficult.

Image Credit: Becker1999 via Flicker and it is available under a Creative Commons license. 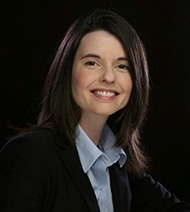 The author is an Associate Professor in the Hatfield School of Government and Director of the Middle East Studies Center at Portland State University. She is a Fellow at the Woodrow Wilson International Center for Scholars in Washington, DC and holds a Ph.D. from the University of Michigan—Ann Arbor.