The violent protests that left dozens killed and hundreds arrested in the Central Asian state of Kazakhstan continue to send ripple effects throughout the geopolitical landscape a week later. It’s a region that intersects with both Russian and Chinese culture and interests but has only experienced autonomy as its own country since the fall of the Soviet Union three decades ago. Under this newly established independence, Kazakhstan had never experienced the level of violent uprising that transpired in the city of Almaty last weekend.

The Kazakh people burst under the pressure of rising fuel prices and other societal cost of living issues. These obstacles formed the tinder needed to light the flame under an already disgruntled populace within the nation. Beneath these financial woes of the Kazakhs lies a hatred for their former President, Nursultan Nazarbayev. He is now 81 years old and no longer holding office but he did receive the title of Leader of the Nation back in 2010 from the Kazakh parliament, which continues to protect him from prosecution and allowed for him to call early elections that proved fruitful for his extended tenure. Nazarbayev finally resigned as president in March 2019 but still held power with policies, leadership of the security council and ruling party, and Leader of Kazakhstan through their constitution. It was only recently within the last few months that Nazarbayev appointed current president Kassym-Jomart Tokayev as his replacement.

“Get out, old man” was one of the primary chants that echoed throughout the streets of various cities in Kazakhstan last weekend, referencing the open disdain for both the former president and his appointed successor. Prior to his nearly 30-year reign as the president of Kazakhstan, Nazarbayev earned his keep as a steel worker, engineer, and held various positions within the Communist Party of the USSR during the 1960s, 1970s, and 1980s. He did help form the Commonwealth of Independent States, which was essentially an economic union comprised of former Soviet Republics.

Fast-forward to 2022 and this union remains intact with the Collective Security Treaty Organization (CSTO) that is led by Russia and includes Armenia, Belarus, Kazakhstan, Kyrgyzstan, and Tajikistan. This is the treaty president Tokayev opted to utilize during the worst of the protests in Almaty, calling upon its alliance with Russia to quell the uprising via a calculated counterterrorism operation. The president stated that “20,000 bandits” were forming a premeditated attack due to their level of combat preparedness and organization. Labeled as terrorists and Islamic militants from neighboring Afghanistan, the president has ushered in over 3,000 Russian paratroopers and dozens of planes and tanks to flush out any remaining “terrorist” activity after setting government buildings ablaze and briefly taking over the airport.

Geopolitics incorporates many factors into its stratagem but physical borders and location proximity play a particularly massive role. When one assesses the location of Kazakhstan, it’s sandwiched between south of the Russian border and northwest of the Chinese border. It is rich in oil reserves and therefore adds another layer to the geopolitical cake. Russia wants to preserve stability and peace within its neighbor while it prepares to build a natural gas pipeline to China, transporting energy to over a billion Chinese people. The massive industry China possesses when it comes to finance, entertainment, and transportation will be the “scratch on the back” returned through its Belt and Road Initiative. This is a massive multi-year effort from the Chinese Communist Party (CCP) that seeks to invest in trading routes and establish alternative trading markets throughout Asia, Africa, and Europe.

The sudden violent protests that escalated in Kazakhstan last weekend have sewed suspicion within all members of its government and from Russian president Vladimir Putin. The timing of the incident is indeed curious with the upcoming talks between the United States, the Kremlin, and NATO regarding Russia’s presence surrounding Ukraine. Sowing dissent and toppling a regime is the last thing Putin and Chinese president Xi Jinping want during their formative discussions and deals surrounding the importation and exportation of goods and services. Kazakhstan is squarely in the sight of Jinping in particular, who embarked on a visit to the Central Asian nation back in 2013 to unveil his initial pitch for the BRI. It is considered to be the most vital region for the proposed Belt, as it is the perfect location to establish trading outposts en route to Europe and Africa or vice versa. It’s no wonder why China and Russia immediately lent their military forces to president Tokayev. There is too much invested to allow a small group of armed agitators and terrorists to dismantle an entire nation and dissolve its constitution.

Emotions are already running high due to Putin’s suspicion of Ukraine wanting to join NATO. He does not want this to happen and sanctions are already in place from the United States should he take any further action deemed inappropriate and inflammatory. Ironically, this is a similar picture to how Putin, Jinping, and Tokayev feel about the amount and experience displayed by the armed protestors in Almaty last weekend. Coup d’etat and color revolution are two phrases that have been uttered by all three presidents, as they believe the United States helped recruit, arm, and rile up the protestors to undermine the authority and legitimacy of the Kazakhstan government.

How will the U.S. manage relations with Russia and China in 2022?

It’s imperative for Anthony Blinken and the rest of the United States’ cabinet to maintain good relations with China and Russia. Going into their backyard and causing mayhem through the intentional actions of a coup d’etat or a color revolution will certainly not heal the already fractured relationship that stems from NATO alliances and the involvement our government officials have with these foreign apparatus. There is not yet enough information available to form a clear and precise opinion on why and how the protestors in Kazakhstan became so violent and so effective in briefly overthrowing their ruling elite. Perhaps focusing internally to address the needs of our own nation is a start. Realistically, we need to be much more transparent and less aggressive in the geopolitical arena to maintain good relations with other countries that we need to uphold trade and peace. Without these two things, we fail to exist as the superior moral and ethical force we perceive ourselves as. A strong effort to mend relations across the board is necessary to move forward in the era of technological globalization. 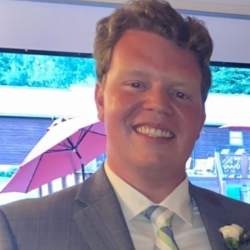 The author is an avid reader and writer with a background in communications and technology. He enjoys researching, analyzing, and opining on geopolitical topics.