Among the many predicted ill impacts that the protracted trade war between the U.S. and China will have on the global trade and supply, the silver lining lies in the fact that China now needs markets to absorb its products, which were earlier being absorbed by its biggest trading partner- the U.S. The need for allies and search for markets is seen in the sudden concessions China has been making for some of its trading partners like India and Bangladesh among others. In June, China agreed to reduce or cut to zero its tariffs on a total of 8549 goods made in India, Bangladesh, Laos, South Korea and Sri Lanka. A quick glance at China’s trade with India, which is its largest market in South Asia reveals that the trade between the two has been defined by a persistent imbalance weighing heavily in favour of China. In a span of ten years, the growth in trade deficit between India and China has been 319.74 percent! While the uncovered trade gap was USD 602 million in 1998, it increased to USD 48 billion in 2015. The trade deficit with China narrowed only marginally to USD 51.08 billion in 2017 from USD 52.69 billion in 2016. Over the years, India on several occasions had asked Beijing to address the trade imbalance, nevertheless without avail.

Beyond low competitiveness of Indian products, the cause for the imbalance also is that Indian products suffered from both tariff as well as non-tariff barriers in the Chinese market over the years. A closer look at the pharmaceuticals sector for example, in which India has a comparative advantage, reveals that while licenses and regulations for Chinese Application Programming Interfaces (APIs) are granted by Indian Drug Regulatory Authorities in four months, it takes roughly five to six years for even established Indian Pharma firms to register their products in China. Indian drugs, particularly cancer-curing medicines are in huge demand in China, for the simple reason that they are cheaper than their Western counterparts. However, supply so far has been restricted in the Chinese market by trade-distorting strategies such as non-tariff barriers.

Indian IT services- another arena wherein Indian goods are competitive; are unable to make a massive breakthrough in China’s opaque state controlled and state-owned enterprises. Another apt exemplification of the non-tariff barriers Indian products face in the Chinese market is that of non-Basmati rice. China in one of the largest buyers of non-Basmati rice from Pakistan, but it does not allow such supplies from India. Certain oilseed exports require as many as 11 certificates stating the items are pest free. Ironically, 10 of the 11 pests mentioned are already present in China.

However, the impending trade war with the U.S. has led to a sudden change, as China reached an agreement on July 9, with India for a reduction in tariffs on the import of Indian medicines, particularly cancer drugs. Despite the fact that Indian companies cannot automatically legally market their drugs in China as a result of this agreement, as it needs licenses from the Chinese food and drug administration, this remains a welcome step. Similarly, in the case of non-Basmati rice, it was reported in June that a team of Chinese officials would visit India to inspect and certify non-Basmati rice mills, allowing them to export to China. In this context, it is pertinent to point out that for several years, India had been pressing China for market access. However, China reiterated its rules every time regarding the necessity of Chinese authorities visiting the mills in India first. Finally, given the impending U.S.-China trade war, Chinese officials are now expected to make the much-awaited visit to the Indian mills seeking to export non-Basmati rice to China. If these steps with respect to non-Basmati rice and pharmaceuticals actually materialize, there is a scope for the trade imbalance being actually addressed.

Over and above these steps to address the trade balance, China has also expressed hopes of a free trade agreement (FTA) with India. In as early as March this year, it was reported that Zhong Shan, the Chinese Commerce Minister stated that an FTA between India and China would be negotiated in due course of time. Soon after, in April, the Chinese Consul General in Kolkata, Ma Zhanwu stated that an FTA with India would facilitate more commerce between the two countries. In July, Chinese Ambassador to India, Luo Zhaohui tweeted about how it would be beneficial to negotiate an FTA between India and China. However, the question which remains is how exactly the FTA would be beneficial for India which already is reeling under a humungous trade deficit.

An economic analysis on the possible outcomes of an FTA between India and China undertaken by Indian Institute of Management, Bangalore reveals possible scenarios. In the first scenario, it is assumed that China reduces tariffs on all items which do not appear on its negative or sensitive lists to zero, while India continues to use the current applied rates for China. The dataset used for the analysis is of 2008 when the trade imbalance was much lower than it was in 2017. The results in this scenario show that India will continue to have a deficit and the deficit (based on 2008 data) reduces marginally from USD 22.1 billion to USD 21.41 billion. The increase which Indian exports would register in this scenario is not enough to make a dent in the deficit.

In the second scenario, it is assumed that both India and China agree to open up their economies completely to each other. However, in the case of the sensitive items, tariff rates are assumed to be brought down to 5 percent and in the case of negative list items, the current applied tariff rates continue. In this situation, bilateral trade grows by 15 percent or USD 6 billion. Nevertheless, India’s trade deficit further shoots up by 18.18 percent!

Therefore, even in a scenario of a completely biased FTA in India’s favour, the current level of competitiveness of Indian goods is not enough to make a substantial dent in India’s deficit. An FTA in goods will only further flood Indian markets with Chinese goods- which will be beneficial for China, but definitely not for India.

In the sudden emergence of an emphasis on a bilateral  FTA, it is pertinent that India realises that if addressing the deficit is the goal, then an FTA in services should be signed, including sections on investment and collaboration on R&D, which should have frameworks on issues such as anti-dumping, standards and dispute resolution. Prior to entering any negotiations on any kind of FTA, India needs to first wait and watch whether the promises and the current steps being undertaken in the realms of pharmaceuticals and non-Basmati rice are actually increasing Indian businesses access to the Chinese market or not. This becomes pertinent given the fact that China’s previous promises of investment in India which could have addressed the deficit, so far have been mere words. In 2014, during his visit Xi Jinping had promised an investment of USD 100 billion in India. However, as revealed by statistics, between 2000 and 2015 the total foreign direct investment (FDI) from China to India was only around USD 1.1 billion. Given the fact that China is rapidly losing its biggest trading partner, it will only try to find alternatives and India in some ways fits the bill. However, it is pertinent that India takes actual stock of the situation and does not base its decisions on empty words and false hopes. 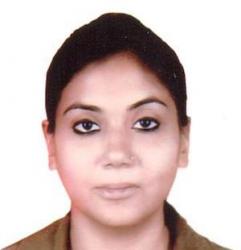