Religion, in fact, is a way of life pursued by the followers of different faiths all over the world. The coming of pandemic at the close of the year 2020 evaporated the earlier methods of worship and rituals maintained from decades and centuries. Soon after the spread of the Covid-19, governments around the world banned social gathering in religious places of all faiths and cancelled the surrounding observances and festivals. In general, especially during the period of strict lockdown all churches, mosques, synagogues and temples remained closed for physical presence but allowed worship through livestream during the pandemic. Although, the relief or charity wing of almost all religions performed a good job in this period of health emergency and made available the affected people all kinds of help including food and other health-related requirements in hospitals and other destined places. Many of them also offered free testing kits of the Covid-19, prayed for the end of the pandemic and requested the scientists and physicians to control the disease at the earliest.

Pandemic and the response of Christianity

For hundreds and thousands of years, the followers of Christianity have used traditional methods to reach the audience. In recent times, they take the help of radio, television, and online sources for the purpose of religion, but this pandemic has changed all these as Gallup, a phenomenal analytic of America, said that this health emergency has dramatized the religious events and there has been an exceedingly shift of religious services from in-person to online worship. In another report submitted by Pew Research also confirms that people visit the Church rarely and watch religious services on online or on television. In generosity and keeping in view the human need of the time the World Council of Churches also called on people to help the sufferers with solidarity, accountability, mindfulness, care and wisdom. According to a report over 200 church and civil society organisations with Caritas and Jesuit Refugee Service have been working continuously for the affected people of the globe.

In this period of pandemic and lockdown, importance of social distancing is most significant to check the spread of Covid-19. As senior citizens, children below ten years of age and pregnant ladies are more vulnerable to the coronavirus, they are particularly said to stay at home and not to attend the Sunday rituals. To maintain social distance, many services related to the faith are also made available to the followers. There has been a lot of applications which show daily devotional prayers and services held in the Churches to keep people’s faith intact or engage. In the meantime, several branches of Christianity have also suspended their daily and weekly religious rituals so that people could remain in their houses and guidelines of social distancing be followed.

Pandemic and the response of Hinduism

Other religions alike, the Hindu religion and the followers of Hinduism suffered a lot in the phases of lockdown which lasted more than ten weeks in one stretch. The first Hindu festival that was affected most was Holi, the New Year’s Day of Hindu mythology, although it was the starting point of lockdown in India. In succession several other festivals of north, south, west and northeast India were bound to be cheerless and celebrated from home. The online management of viewing were arranged by the management of the prayer place. Complete lockdown and closure of all big as well as small temples all over the country/globe compelled the entire Hindu community to offer their puja and prayers from the home they live in. In the neighbouring country Nepal, a Hindu state, also restricted the number up to 25 for offering prayer and puja at Pashupatinath Temple in Kathmandu. However, from June 08, 2020 religious places of all faiths have been opened to offer traditional religious activities in churches, mosques and temples. Although, they were told to maintain strictly the guidelines of Health Ministry and the Ministry of Home as well.

The prayer, puja, and preachings were also affected badly in other sects of Hinduism — Jainism, Sikhism and Buddhism. On April 06, 2020, the famous festival of Jainism, Mahavir Jayanti was celebrated without any procession throughout India and outside as it was instructed by the leaders to carry the religious rituals at home. The organisations related to Sikh religion all over the world like, The Sikh Coalition, Shiromani Gurudwara Parbandhak Committee, The Sikh Centre of New York and Delhi Sikh Gurudwara Management Committee have either cancelled or suspended the services at gurudwara and decided to telecast the offering of reading and other rituals directly. In particular, its New York Centre decided to distribute more than 30,000 home-made meals to affected Americans who are living in self-isolation during the Covid-19 outbreak. In line, the Buddhist organisations in India and abroad suspended their rituals in order to avoid gatherings and maintain social distancing. Dalai Lama, the highest religious leader of Buddhism, also appealed the people to fight crisis with compassion and avoid anger, panic and greed.

Pandemic and the response of Islam

Like Christianity, the continuing pandemic also cast a dark shadow on the religious activities of Islam. The recently cherished Ramadan and Eid-al-Fitr became the recent victim during which several countries cancelled congregations for Taraweeh prayers because the mosques all over the world were closed due to the pandemic. In the context the Council from Saudi Arabia, the Great Mosque of Mecca urged the Muslim world to prepare for Ramadan with precautionary and preventive health measures regarding acts of worship and not to organise Iftar and Suhur meals during the period. The Saudi Government banned touching Kaaba for visitors on 5 March 2020, followed by the closure for public on March 20. The country has also restricted the Haj pilgrimage, a great occasion for foreigners to visit this holy place. Likewise, in several Western countries the religious organisations issued varieties of guidelines to be followed during the pandemic. The Islamic Society of North America, mosques within the United Kingdom, the Islamic Council for the Federal Republic of Germany, Singapore, Malaysia, Indonesia and a host of other have restricted their religious activities through Imams.

The Covid-19 pandemic has greatly changed the way people perform religious rituals. Online streaming, social distancing and world-wide lockdown have added newer dimensions to all the major religions of the world. 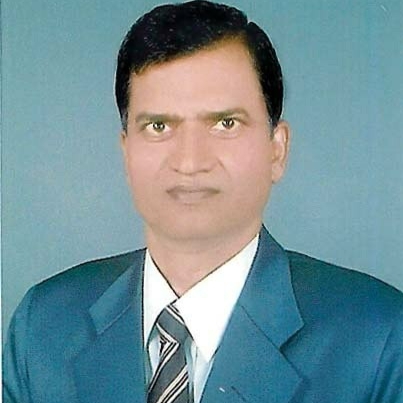 Dr. Rajkumar Singh is a University Professor for the last 20 years and presently Head of the Postgraduate Department of Political Science, B.N.Mandal University, West Campus, P.G. Centre, Saharsa (Bihar), India. In addition to 17 books published so far there are over 250 articles to his credit out of which above 100 are from 30 foreign countries. His recent published books include Transformation of modern Pak Society-Foundation, Militarisation, Islamisation and Terrorism (Germany, 2017), and New Surroundings of Pak Nuclear Bomb (Mauritius, 2018). He is an authority on Indian Politics and its relations with foreign countries.

A Case for ‘Digital Refugees’ in the Age of Internet Shutdowns

A Closer Look at Amazon: Are Unethical Working Conditions on the Rise?