With the Biden administration’s lukewarm commitment to engaging with North Korea in the ambivalently stated realms of diplomacy and deterrence, we are witnessing President Biden falling into Washington’s policy clichés on addressing nuclear proliferation and hostilities on the Korean Peninsula. Like past administrations, Biden’s policy team has failed to understand the deterrence, legitimacy, and ideological foundation that Chairman Kim is losing by choosing nuclear disarmament. At the same time, President Biden has yet to fully grasp that the U.S. alone cannot induce the changes necessary for Chairman Kim to choose disarmament.

For any genuine progress to be made with North Korea, President Biden must approach negotiations from the framework of the DPRK’s cost-benefit analysis. If President Biden can come up with a shared policy in a package deal, with the ardent support of other stakeholder nations, that optimizes the DPRK’s chances of survival, then Chairman Kim will not be able to refuse. Now is the time for the U.S. to engage with the DPRK in transformational, not transactional terms.

An unpleasant truth that no prior administration has acknowledged is that the United States by itself does not have the means to denuclearize the DPRK. Washington has historically too heavily relied on punitive sanctions to politically, economically, and militarily coerce North Korea to denuclearize. Yet without the cooperation of Russia and China, the effectiveness of these sanctions is drastically reduced. Moreover, Chinese and Russian approval is required for the implementation of potent, multilateral economic sanctions from the U.N. Security Council.

While only further inflaming North Korean hostility, the transactional nature of sanctions failed to address the principal reasons why Chairman Kim retains and develops his nuclear arsenal. As a momentous achievement, the DPRK gains internal, ideological legitimacy from its nuclear weapons program while possessing deterrence from real and imagined enemies of the state.

Being one of two pillars of the Byunjing policy, nuclear weapons entrench the Kim dynasty’s ruling legitimacy by allowing them to perpetuate brinkmanship and external hostility to fulfill the demands of Juche and class struggle. Until these fundamental factors are addressed in Washington’s foreign policy calculus, their stalemate with Pyongyang will continue to fester.

For too long, the United States has not been able to produce the necessary “carrots” for the DPRK to pursue denuclearization. However, if President Biden can propose a shared policy that accounts for the strategic interests of South Korea, Japan, Russia, and China, then he can elaborate a package deal to ensure that A. every stakeholder faithfully executes their role in the shared policy and B. that Chairman Kim has a viable exit strategy to preserve the DPRK, while achieving permanent peace and prosperity by denuclearizing.

The first part of the deal provides security guarantees from the stakeholder nations – peace treaties with South Korea and the US, and the reconfirmation of defense agreements with China and Russia to relinquish the DPRK’s need for nuclear deterrence. However, in order to persuade China and Russia, the US will have to withdraw all ground troops from the Korean peninsula after the successful implementation of the end stage of the package deal. Chinese and Russian pressure on Pyongyang to accept the package deal is crucial to its implementation.

The second part is an economic development fund financed by the stakeholder nations, which will be calibrated to induce market-oriented reforms. At a total of $300 billion over 10 years, with a rate of economic growth of at least over 10 per cent annually for a minimum of a decade, the fund will be sufficient to ensure North Korea’s successful economic development. The greater the fund, the better the ability of the DPRK to withstand socioeconomic shocks from their transition to a market economy. While every stakeholder will be expected to contribute to the fund, South Korea will be the primary contributor, as they stand to gain the most from a developing and economically integrated Korean Peninsula. The fund will be issued yearly in conjunction with North Korea’s completion of disarmament benchmarks that lead to the complete, verifiable denuclearization of North Korea.

Simultaneously, economic modernization will require the genuine transformation of North Korea into a market socialist economy. Juche and Byunjing must be radically revised by introducing market reforms through legalizing private business entities, transferring the means of production into the hands of private entrepreneurs and enabling foreign investment in the development of private enterprise and infrastructure. By replacing the ruling ideological legitimacy based on the execution of Juche, the economic transformation of North Korea will allow Chairman Kim to relinquish the DPRK’s nuclear arsenal by ensuring him the popular support of the people.

Critically, this deal must be executed as a package. Piecemeal normalization of relations with the DPRK on a transactional basis will result in the DPRK’s collapse. The timing and sequential nature of the package deal is essential to ensure the DPRK’s survival of the sociopolitical shocks they will endure as they transfer to a market economic system.

Unilateral sanctions and transactional promises are what President Biden must avoid while crafting a strategy that will bring permanent peace and stability to the Korean peninsula. By achieving the economic and ideological transformation of North Korea, in partnership with other stakeholders, President Biden can be remembered as a grand statesman who improved the wellbeing of over 25 million North Korean citizens. If successful, the redefined relationships with Russia and China, the creation of permanent peace and stability on the Korean peninsula, and the relinquishment of the North Korean people from the chains of poverty will define Biden’s presidency as a monumental success. 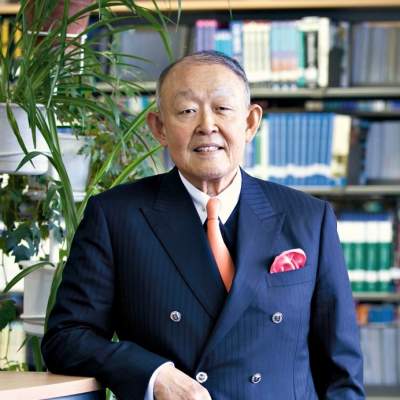 Dr. Chan Young Bang is president of KIMEP University, principal investigator at the DPRK Strategic Research Centre, and a former economic adviser to Nursultan Nazarbayev, the former president of Kazakhstan. His current research focuses on nuclear proliferation and the economic development of the DPRK.