Irritants in Indo-Sri Lankan ties have caused massive setbacks, despite the two neighbors’ overwhelming importance to each other. Sri Lanka’s hostility to India, compounded with its hyper-nationalistic rhetoric and India’s big brother attitude, in part due to its strategic compulsions, has caused multiple frictions that have intensified over the years. With increasing geopolitical rivalry in the region, India must chalk a way out from this quagmire to be able to secure its vital interests. Sri Lanka has much to gain from the revival of bilateral ties that are witnessing torrid times.

The two states have had fractious relations for three chief reasons. The foremost being the implementation of the long-pending Thirteenth Amendment that sought to introduce provincialism to provide political representation to the Tamil community. The second one pertains to Sri Lanka’s growing dependence on China and its sell-out of geostrategically important ports — both of which have caused distress in New Delhi. The final is the corollary of the second concern, which is the rejection of New Delhi as an important partner.

To err is human but to never gain from it is buffoonery. Sri Lanka shot itself in the foot by introducing brazen citizenship laws, language laws and employment laws to the exclusion of the Tamil community, which rose in anger and later in militancy that led to a horrifying state of affairs for almost 30 years. Despite that, Colombo refused to bury the hatchet, and instead decided to rule with an iron fist, robbing off fundamental freedoms. The Thirteenth Amendment, which was introduced by way of the India-Sri Lanka Accord of 1987 was to provide Tamils provincial rights. India understood and acknowledged the expediency of providing for internal self-determination to the Sri Lankan Tamils by way of provincial autonomy. However, Colombo refused to act on this and subsequent governments have since paid lip service to the implementation of the said rights – which remains a thorn in the flesh in our bilateral relations to this date. Even as early as January 2021, India’s External Affairs Minister, S. Jaishankar emphasized the need to fulfill the aspirations of the Tamil population and pressed for complete implementation of the Thirteenth Amendment. However, to a country that remains deathly allergic to federalism, this suggestion has been unheeded, despite constant pleas.

The Thirteenth Amendment, however, isn’t the only friction point – Tamils are on the receiving end of constant state-sponsored discrimination. The community is ostracized, accorded second-rate treatment in its own country; is constantly stopped, frisked and remains under constant military surveillance. Frequently targeted by the Government, the Tamils have been victims of enforced disappearances over the years. Although Tamil has been included as an official language alongside Sinhala, the reality remains that Tamil is not even used for official communication. For instance, civil jobs still mandate the knowledge of Sinhala – denying Tamils the opportunity and representation. Rajapaksa’s ascendency to power again in 2020 has caused the Tamil community massive distress, which has endured the iron-handedness in his earlier tenure. Tamils are further witnessing a desecration of their cultural property at the hands of Sinhalese nationalists keen on reasserting Sinhala identity. Only by rectifying the blunders, ending the state-sponsored discrimination and giving them their rightful representation as citizens of Sri Lanka can the island experience peace and development. Sri Lanka must reassess its Sinhalese chauvinism that has outright dismissed the Thirteenth Amendment as dead letter, and must attempt to put an end to the vilification of the Tamil community.

China entrenched its ties with Sri Lanka during the final phases of the war and has remained an important partner since. In fact, the ties have been so deep, that Sri Lanka happily ceded its sovereignty to China by way of a 99-year lease on the Hambantota Port. China has also consolidated its presence by developing Colombo International Container Terminal and Colombo Port City. A recent deal that gave Sinosar-Etechwin the development of hybrid wind and solar energy projects in a joint venture with the Ceylon Electricity Board, is another example of Chinese foothold in the island state. Both Hambantota Port and Colombo Port are strategically located and are nodal points for maritime traffic. Besides, important energy shipments from the Middle East pass through these key points. China’s consolidation of important ports in the island nation remains a key threat for India’s security and amplifies the concern for securing the Indian Ocean Region. The hybrid renewable energy power plants, that will be constructed in Delft, Nainativu and Analativu close to the Jaffna peninsula, bring China in close proximity to the Indian peninsula. Despite New Delhi’s opposition, Colombo has moved forward with this deal, creating major rifts between the neighbors, damaging the already strained relations.

Whatever remained of India’s position is now being eroded by Chinese clout. In fact, the recent statement by Gotabaya Rajapaksa regarding prioritizing China and taking a veiled dig at the Quad nations, poses massive concerns in the longer run. Sri Lanka’s cabinet recently decided to scrap the Memorandum of Cooperation (MoC) that was signed in 2019 between Sri Lanka, India and Japan to develop the East Container Terminal (ECT) which was adjacent to the Chinese controlled Colombo International Container Terminal (CICT). The MoC was held at 51/49 stake, where Sri Lanka Ports Authority (SLPA) held 51% stake, and Japan and India collectively held the remaining 49.

However, in a surprise move, the deal was scrapped on grounds of pressure from the workers union who were unwilling to divest the country of its important assets. This claim is at best absurd, for the same accusation has not been leveled against the Chinese who have effectively taken hold of the Hambantota Port, which has been leased for 99 years to China Merchant Port Holdings, Colombo International Container Terminal, where China Merchant Holdings has 85% share or the Colombo Port City. Nor does this line of argument considers that none of the Chinese projects generate employment for the Sri Lankans. In a bid to control the damage, a month later, Sri Lanka offered India and Japan to develop the West Container Terminal, in order to elicit India’s support in the UNHRC’s resolution, concerning the human rights situation in Sri Lanka.

Charting a way out

New Delhi must use its diplomatic clout and its economic leverage to renegotiate the East Container Terminal deal, which holds significant economic importance for India. Japan, which remains India’s significant strategic partner can use its leverage to secure a favorable bargain that does not jeopardize India and Japan’s resolve to a free and secure Indo-Pacific. Japan exercises considerable influence in the island state, and at the same time, is willing to counter China’s aggressive Belt and Road Initiative in the region. Further, India must garner the support of international partners, including Quad, to push for an amicable Tamil settlement. Peace remains a sine qua non for development and exclusionary practices are only going to alienate communities and disrupt peace. Guns may have fallen silent but wounds haven’t been healed for over a decade, and thus, it remains in Sri Lanka’s best interest to aim for holistic inclusion of Tamils.

India moved with caution and abstained during the UNHRC resolution to regain its losing edge, but that hasn’t stopped Sri Lanka from drawing comfort in the Chinese company. The recent statement by Gotabaya Rajapaksa must be seen as Sri Lanka’s intention to disregard the concerns of New Delhi and openly embrace Beijing as a ‘sincere friend.’ The signing of the Military Assistance Protocol between China and Sri Lanka has further heightened concerns. Sri Lanka should digest the reality that China can only save it from war crime resolutions, not mounting debt, and that it has little future if it engages in balancing China and India at its convenience. 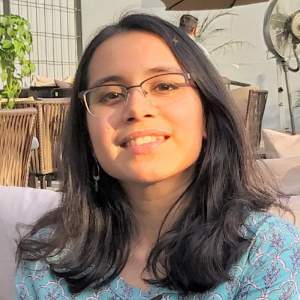 The author is a final year law student pursuing LL.B. from Symbiosis Law School, Pune. She can be reached at juhijain341@gmail.com.