Cambodia on Saturday issued a statement throwing its full support for One China Policy and regarding Hong Kong protest as Chinese domestic affairs as the rallies for democracy in the region mark the 11th weekend.

Most importantly, the Kingdom also indicated that it also backs any measures deemed necessary by China and Hong Kong authority to ensure public order, peace and security, and I can say the necessary here includes the use of brute forces to crush protestors which has always remained on the table.

Hong Kong, which was handed over to China in 1997 from Great Britain and granted a special administrative status under “the one country two systems principle” has been facing a major political crisis since June 9 as the protests escalated to fight against the controversial bill on extradition, which is now-abandoned.

The protests have since turned violent with protesters claiming for full democracy andpolice accountability, and Beijing denounced the rallies calling it “terrorist-like acts”.

By publicly declaring its support for Beijing, Cambodia becomes the first country in Southeast Asian region to do so when the West, which was accused of instigating the unrest, denounced the crackdown on protestors by the city’s authority. Some experts already have anticipated that Tiananmen-style crackdown would be applied soon to crush the protesters and end the people movement that demanded full democracy.

I am not so surprised seeing Cambodia choosing this path—just like it did on the issue of Xinjiang or Tibet. And there are few reasons behind the move.

First reason is Cambodia wants to demonstrate that it stands firmly with China against the external forces, which China has publicly pointed its fingers at the US. Just like China, Cambodia might have a reason to do so when it comes to the external force. That is the allegation on secret deal with China over the naval base in Koh Kong and Chinese troops stationing in Ream.

Second reason is the country shows the world its unbreakable and trusted ties with Beijing—a situation in which both sides are always ready to lend each other backs in any circumstances. But, to a certain extent, it is more about “quid pro quo”.

Cambodia’s statement came a day after Chinese Ambassador to Cambodia, Wang Wentian wrote an Op-Ed titled “Standing against Violence in Hong Kong with Expectation for its Better Tomorrow”. In the piece, he pointed out four reasons for “our Cambodian friends who care about Hong Kong know the truth in time.”

It is obvious that Cambodia, as close friend, does its part now to fill up the foreign voice in strengthening Beijing’s stance on the protests. As whether China will go soft or hard on Hong Kong remains to be seen, foreign countries’ backup would serve a purpose for China.

Third reason is Cambodia likely wishes to send a message to the West that Hong Kong-like people movement, either for sake of freedom, democracy or whatever reasons, must not be allowed to happen in the country. And with this, any actions the country will take to subdue the protest or unrest would be justified.

It is unfortunate that most Western countries including the UK, once the former colonial master of Hong Kong, and the US remain reluctant to make a tougher stance on Hong Kong issue—a position that can infuriate China. But it is easy to understand that President Donald Trump himself doesn’t seem to care much or he might want to secure a good trade deal without wanting to frustrate Xi Jinping.

If it is really the case, it can be assumed that the move probably links to Cambodia’s political development with the possible return of opposition group led by former president of the now-disbanded party CNRP, Sam Rainsy. It is worth noting that the statement was issued a day after the former opposition leader Sam Rainsy announced that he and his associate set November 9 as the date for their return to Cambodia.

The possible reasons behind the move should end here. But then we should ask “do we Cambodians really need to declare our position on the issue like Hong Kong?” Of course not. What Cambodia has done, I think, could only be seen as a mistake.

Cambodia declaring pro-Chinese position on Hong Kong is a “mistake”

By mentioning a mistake, I wish Cambodia should have learnt that revealing its pro-Chinese position concerning Hong Kong protests would serve nothing but only weaken the neutrality of its foreign policy it has always claimed to have upheld.

Cambodia, in many aspects, should understand that its relations with the West have already hit the lowest point, and the step it took possibly makes it even harder for the country to reset the ties. I might be wrong but showing the West that you are persistently cozying up with Beijing doesn’t serve as a leverage because the stake is high. And the statement itself contains some points that should not have been stated at all.

Instead of stressing its support for China’s indispensable measures which can include the use of forces, Cambodia should position itself in a more neutral way calling upon relevant parties to be restraint and call on parties involved to choose inclusive dialogue and other peaceful settlement to end the ongoing stalemate in the city.

It should, in the statement, have specifically condemned the intolerable violent acts and other activities that can threaten the peace and stability in the region. It is not the whole democratic movement in Hong Kong is violent and subversive or instigated by the foreign black hand.

It also should have mentioned its respect for principle of “One Country, Two Systems” enshrined in international agreement that guarantees rights and freedoms of Hong Kong people— something which mainland Chinese people never experience. It is just to be fair for those who fight for their rights when one says it supports One China Policy. 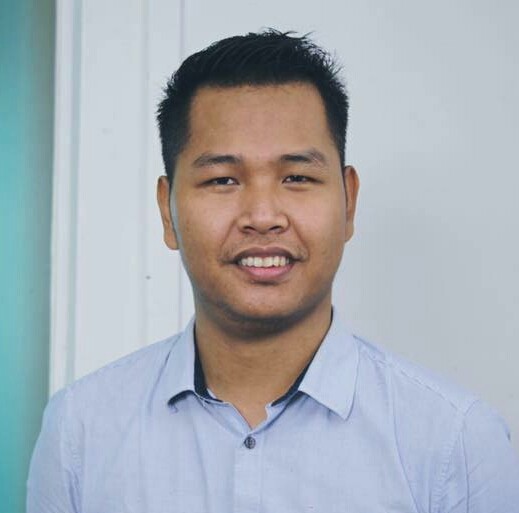 The author is a Cambodian journalist who has interest in foreign affairs and climate related issues.