The quick victory of the Taliban was a terrifying nightmare for Afghan civilians, specifically ethnic and religious minorities. People in Afghanistan are currently on the verge of losing what they have achieved over the past 20 years. This includes deprivation of the right to a free life.

Taliban fighters have won a 20-year war against the world’s most powerful military and its NATO allies. Needless to say, the Taliban takeover of Afghanistan is also a significant victory for the supporters of the Islamic Jihad. The Taliban and nearly 10,000 foreign Jihadists acquired advanced facilities worth $83 billion in their recent victory. These US-made combat equipment have given the dynamic terrorist organization an upper hand in suppressing people. The unbridled Jihadists are now capable of brutally repressing any fronts, including the last resistance front in the Panjshir valley.

Now, with the fall of the Afghan national government, life keeps getting harder for vulnerable groups, including the Hazara minority. The Taliban have severely persecuted the group in the past. For instance, in August 1998, the Taliban have massacred thousands of Hazaras in just a few days in Mazar-e-Sharif.

The Hazara community has no choice but to flee the country, given that there is nobody to protect them from the Taliban. As an ethnic and religious minority long suffered discrimination in Afghanistan, the Hazaras are not only concerned about non-participation in government, but also about retaliation, and deprivation of basic rights and opportunities.

On Aug. 7, the Taliban announced their new government in Afghanistan. The Taliban had previously assured people that they would respect women’s rights and form an inclusive government. Their government, contrary to what was claimed in the early days of the fall of Afghanistan, is made up of only men, the clergy class, and most importantly people from the Pashtun community. They vividly excluded women and ethnic and religious minorities, especially the Hazaras.

Following the withdrawal of US and NATO forces from Afghanistan, the Haqqani network is in charge of the country’s security. A group for which the US government once offered a $5 million reward for information leading to the arrest of its leaders. The network and the military units under its aegis are not reliable. This includes the Badri 313 brigade, which operates suspiciously and whose first condition of membership is being a suicide attacker. The group has killed ordinary people in mosques, and even students in schools. Not to mention that its most outstanding weapon has been launching suicide attacks on civilian neighborhoods in the past.

The Taliban think they have conquered Afghanistan in the most Islamic sense. Therefore, they try to imitate the early Muslims by announcing a general amnesty and justifying their behavior accordingly. A general amnesty, of course, will also help the Taliban gain international legitimacy. In practice, however, they will never tolerate vulnerable groups. The group’s fighters break the rules of war and peace without hesitation. Prior to the attack on the Resistance Front in Panjshir, the Taliban had agreed to resolve the issue through negotiation. Nevertheless, it did not take a few days for the Taliban fighters to break the agreement.

Life is Getting Harder for Minority Groups

The Taliban have killed a pregnant policewoman in Ghor province in the most brutal way possible. Taliban fighters slaughtered Banu Negar, in front of her family. “The Taliban tied us with string and pulled my mother’s head in front of our eyes with a knife and a twister,” the woman’s son told local newspapers.

According to Amnesty International in July this year, Taliban insurgents have killed nine Hazaras in Ghazni’s Malistan district. The Taliban Mujahideen shot six Hazara men and tortured to death three others. Taliban fighters also blew up a statue of Abdul Ali Mazari, a Hazara leader in Bamiyan province only one night after the fall of the Afghan government. There are also reports that the Taliban are collecting a special kind of tax from the Hazaras that has no religious justification.

The group’s fighters have been trained to carry out suicide attacks, not to govern. Taliban suicide attackers have killed thousands of Afghan civilians in recent years. Certainly, the shattered economy of the country under the Taliban government will never recover. The group’s government is likely to engage in widespread opium cultivation, drug trafficking, human rights abuses, repression of women, and, worst of all, persecution of ethnic and religious minorities. Therefore, the tragedy in Afghanistan will impact everybody.

Afghanistan’s wars, according to Edward Azar, have been one of the protracted social conflicts for more than 40 years. In other words, in the conflicts of Afghanistan, there are traces of the conflict between different ethnic groups that have fought for recognition. The civil war in the 1990s was also a kind of confrontation between different ethnic groups. These conflicts have somehow continued for the last 20 years. Now, with the Taliban’s takeover of Afghanistan and depriving other ethnic and minority groups of political participation, the conflict has just intensified. And as other anti-Taliban fronts weaken, the Taliban, as an undeclared union of Pashtun fighters, are capable of committing all kinds of crimes against vulnerable groups.

However, in these chaotic developments, no one is as threatened in Afghanistan as the Hazaras. The Shi’a Hazaras have always been considered as strangers in a country where the vast majority of people practice Sunni Islam. Most importantly, the Hazaras are considered to be the descendants of Genghis Khan, whose armies plundered Muslim countries in the 13th century. The Hazaras were deprived of economic opportunities and participation in the government even in the previous governments. All of this makes the Hazaras more vulnerable to persecution as the Taliban take power in Afghanistan. 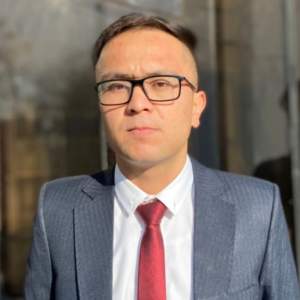 The author is a journalist based in Kabul, Afghanistan. He is a frequent contributor to various local newspapers and international media outlets.