A nuclear arms race in an international system that has in effect the Comprehensive Test Ban Treaty (CTBT) and the Nuclear Nonproliferation Treaty (NPT) might have seemed farfetched. However, China’s modernization of its nuclear arsenal opens room for a possible counter strategic balance of power from the United States. While, both the US and China are parties to the NPT, it does not seem like it would be a hindrance for either to pursue absolute security and military counteractive strategies. This would mean nuclear arsenal buildup would be on the table, a move that has adverse effects on the success of the global nuclear nonproliferation regime. Chinese investments in hypersonics are part of a new arms race, driven in large part by America’s unabating pursuit of missile defenses. Both the US and Russia are also upgrading some elements of their nuclear arsenal, ranging from a nuclear-armed sea-launch cruise missile,  long-range intercontinental ballistic missiles, a nuclear-powered, nuclear-armed cruise missile; a nuclear-powered, nuclear-armed underwater drone; a hypersonic air-to-ground missile; and a hypersonic boost-glide missile. While China’s ‘theory of a few’ is plausible, it is subjective to what that entails.

The modification of already existing nuclear weapons technology is noble but at the same time creates an environment conducive for a nuclear arms race. That might not have been the intention of the state modifying but the reaction cannot be controlled. Nuclear powers instead should be focusing on modifying existing nonproliferation treaties, making substantial reductions in the number of nuclear warheads that are deployed and kept in inventory, allowing for full transparency on disarmament initiatives on their current arsenals and lowering nuclear weapons alert levels. These initiatives would in turn give the nuclear superpowers some moral basis to speak and discourage nuclear proliferation. The current geopolitical environment where relations between China and the US, Russia, and the US are tense and somewhat strained makes it impossible not to view China’s latest move as a leading factor to a possible arms race.

It is ironic that on the foothills of the delayed 10th NPT review conference, China secretly tested a new nuclear-capable hypersonic missile on July 27, 2021. Nuclear capable hypersonic glide was carried on a rocket that flew through low-orbit space and circled the globe before striking within two dozen miles of its target. The hypersonic glide, is technologically reliable, has strong survivability, and has a strategic deterrent value. While the focus has mainly been directed at a possible nuclear arms race or the US’ response, less analysis has been directed toward what China’s nuclear-capable hypersonic means for the global nonproliferation regime and the various nonproliferation treaties. Considering that China is a party to the NPT, it is alarming that it has purposely chosen to ignore the disarmament protocols within the treaty and its minimum deterrence strategy. Even though some might argue that the hypersonic missile is a deterrent against the US missile defense apparatus, it does not negate the fact that Beijing is now in contra to nuclear risk reduction.

The problem that Beijing is faced with is trying to stay in line with nuclear arms control protocols while also upgrading/technologically advancing its nuclear arsenal. At present, the international environment is more complex because nuclear proliferation is becoming an increasingly serious problem and the threat of nuclear terrorism is on the rise. Arguably, China has to tread a thin line between the technological advancement of its nuclear arsenal and nuclear nonproliferation/disarmament policies. The superpower states should be leading by example in nonproliferation. When they fail to stay on the path of reduction and elimination, some credibility is lost when they advocate for nuclear disarmament and nuclear arms control to rogue nuclear states. Even though the argument of deterrence as a catalytic factor for continued nuclear development might be used, China will not disarm as long as the US is still armed with its nuclear arsenal.

For deterrent purposes, one can argue that China will continue following its defensive nuclear strategy, which is characterized by no first use, and it will uphold the lean-but-effective principle of nuclear development. China is working on this technology to ensure that the US military never reaches the position of thinking it could launch a nuclear attack on China. The repercussions would be an escalation trajectory among the nuclear powers to secure the best offensive missile defense systems. In other words, China’s test would lead to an offensive missile defense system arms race. Furthermore, rogue nuclear states like North Korea, Iran, and Pakistan might feel emboldened to use China’s new technology as a reason to continue nuclear buildup activities. As there continue to be deterrent factors and balance of threat used as reasons behind continued nuclear armament, this eclipses hopes of a return to disarmament from both the legitimate and illegitimate nuclear-armed states.

It should also be noted that the hypersonic glide has added to the impression that the world is facing a new type of weapon with new capabilities but China is not the only nuclear state that has tried to acquire the weapon. At the moment, China, Russia, and the United States are all developing hypersonic missiles, albeit with mixed success. What makes hypersonic glide vehicles distinctive is that they are more maneuverable than the warheads on an ICBM, and therefore potentially more likely to defeat ballistic missile defense (BMD) systems. This means the hypersonic missile can evade US BMDs interceptors because of its unpredictable pattern of delivery and direction. Tactically, one might conclude that China might have managed to create a symmetrical or a counterbalance to the US missile defense system. Furthermore, it can be argued that China’s move is influenced by its relative power when measured against its counterparts. Therefore, one has to take into cognizance realist assumptions that argue that states will continuously opt for choices that increase their capabilities to the detriment of other states. However, the consequences could be stalemates between competing parties, a continuation of the arms race until one party folds, or war.

States will always opt for options that advance their national interests, security, and survivability even if it means going against international treaties they are a party to. As mentioned above China has maintained ‘theory of a few’ and follows a minimal deterrent, but it has also been building new silos and making qualitative improvements to its nuclear delivery system for instance the hypersonic glide nuclear-capable submarines, air-launched ballistic missiles, and long-range missile with multiple warheads. While some might argue that China, is within the NPT regulations as it advances its nuclear and defense system, nonproliferation activists should stay wary of activities that do not promote the global zero strategies. As long as the nuclear-armed powers continue revolutionizing their nuclear weaponry the paradox will stay on. 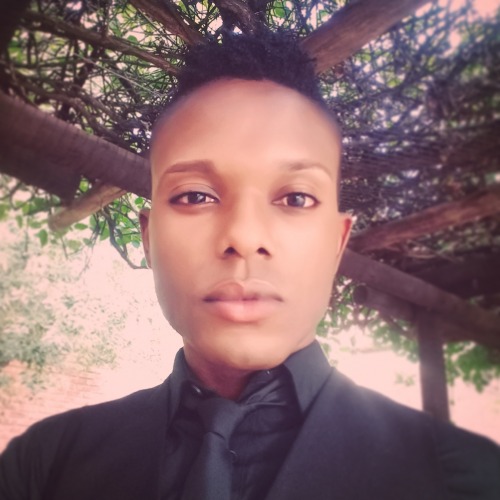