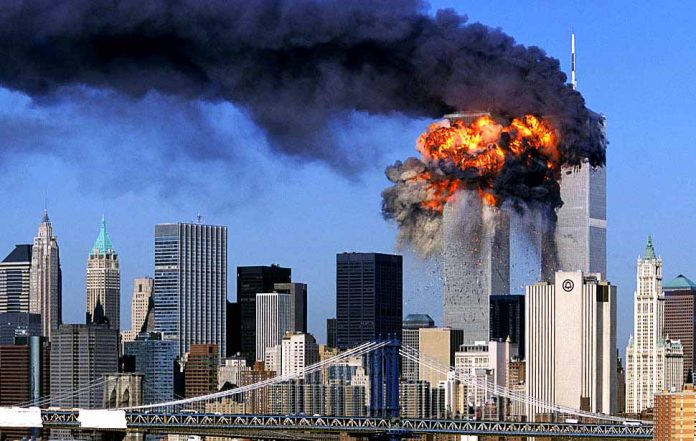 An index is a quantitative, statistical measurement tool by which observed events, trends, and natural and human phenomena are converted to units and numbers. It serves two basic purposes: first, to identify the size of the problem and accurately measure it in order to grasp the current situation; and second, to follow up on a plan, gradually measure performance, and be informed of progress towards achieving goals, whether short-, medium-, or long-term.

The index provides a comprehensive summary of the key global trends and patterns in terrorism . It produces a composite score in order to provide an ordinal ranking of countries on the impact of terrorism. It is an attempt to systematically rank the nations of the world according to terrorist activity.

The index combines a number of factors associated with terrorist attacks to build an explicit picture of the impact of terrorism, illustrating trends, and providing a data series for analysis by researchers and policymakers. There are now hundreds of known indexes in the world in different fields and areas of life. The most important of these are published by the UN and the World Bank, while others come from various institutes, for-profit and non-profit research and study centers, and NGOs. Most indexes are available on the internet for the use and benefit of everyone. For example; The Global Terrorism Index (GTI) which is a report published annually by the Institute for Economics and Peace (IEP), and was developed by IT entrepreneur and IEP’s founder Steve Killelea.

It is imperative that states with their own indexes publish them on a regular basis to contribute to the validity, accuracy, and comprehensiveness of world indexes, such as those published by the UN and the World Bank. In the Arab states, specifically, there are many private indexes, most of them for economic sectors. But some are selectively released, perhaps due to a mindset of image improvement and public relations campaigns directed at donor countries and institutions.

In contrast, the American experience of openness and public-private partnership leads in this area, specifically in relation to counterterrorism issues. The U.S. government in 1982 began cooperating with Edward Mickolus, and others to establish terrorism indicators, focusing on terrorist group statistics, their operating environment, and their global impact since 1960, under the name, International Terrorism: Attributes of Terrorist Events (ITERATE). ITERATE is an outstanding example of how the state cooperates with the private sector in the interest of the state and public safety. It is still published in cooperation with the University of Iowa Press and the Greenwood Press and is available on the internet.

Likewise, the FBI, Department of Justice, and Department of Homeland Security have funded Professor Gary LaFree, a criminologist at the University of Maryland, College Park, and his colleagues since 2005 to establish the Study of Terrorism and Responses to Terrorism (START) database on global terrorism from 1970 to the present. START informs the Global Terrorism Index (GTI), published by the research center, Institute for Economics and Peace, founded by Australian businessman Stephen Killelea. The GTI is considered one of the most important and comprehensive contemporary indexes of global terrorism.

In addition, the FBI and Department of Justice also supported and funded the National Memorial Institute for the Prevention of Terrorism in Oklahoma City. This is a non-profit organization founded by the individual initiative of the people of Oklahoma who lost loved ones in a lone-wolf terrorist attack in 1995, during which Timothy McVeigh blew up a government building. These are prime examples of how civil society institutions, especially universities, cooperate with state institutions for counterterrorism purposes.

Unfortunately, this is what is missing in the Arab world so far, except for some formal experiments in some Arab universities. To my knowledge, no Arab country has a publicly available terrorism index, either internal or external, on the model of the American examples above. The result is that any researcher interested in the phenomenon of terrorism finds himself lost and unable to monitor the historical development of the phenomenon.

To the extent that there is a news archive, it is dispersed and disorganized. And if a more professional such product exists, it is mostly in the vaults and files of the security apparatuses. They are unconcerned with advance the study of this phenomenon because, like most global intelligence agencies, their priority is to work specific files until they are closed. It is disappointing to witness this aversion in the Arab world toward scientific and experimental methods in approaching human sciences, in the fields of politics, economics, and sociology, or toward supporting civil society institutions, particularly universities and research centers interested in these programs.

I consider this behavior to be connected to the rigid cognitive system we have as Arabs, in contrast to the dynamic conflict between empirical sciences and the humanities still raging in Western cognitive systems. This lazy system of “Arab knowledge” was contrived by intellectual elites capable of research and possessed of authority in all Arab countries. Yet, they preferred to keep everything in a state of epistemological fluidity, subject to conjecture, personal impressions, and fruitless debates. Because our Arab and Islamic world has become the foremost producer and exporter of the raw material of global terrorism, from the mines of religious extremism, there is an urgent need to build a comprehensive indigenous index of terrorism.

Such an index would be an aid to researchers, scholars, academics, and decision-makers in the Arab and Muslim countries and the throughout the world who are studying terrorism. And it would help develop plans and strategies for dealing with terrorism using scientific methodology far removed from personal impressions. In this regard, I would refer here to my personal research in 2007 when formulated, in my introductory master’s thesis at Yarmouk University, Jordan, what I called Alternative Indicators of Terrorism. This index consists of twenty-six sub-indicators that I later developed in my doctoral thesis in 2010, before publishing them in my 2011 book, The Globalization of Terror: Flat World or Deep Valleys?

I believe these are the only Arab indicators that deal systematically with the phenomenon of global terrorism from a macro-perspective — linking the impact of advanced technology, the psychosocial dimension, the individuals who commit terrorist acts, and the effects of globalization. Official government agencies (especially the security and intelligence apparatuses, which are practically data banks on extremist and terrorist groups) need to cooperate with civil society institutions (especially research centers, universities, and institutes) to speed up implementation of such research projects. Without these indicators, all our plans to combat terrorism and religious extremism, and religious trends will be mere conjecture.

The article was first appeared on the Fikra Forum, the Washington Institute for Near East Policy