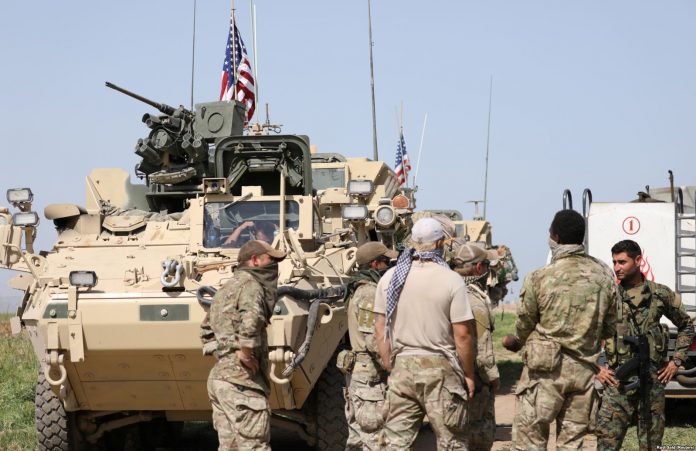 The withdrawal of American troops from Syria may destabilize the region, as well as the move can harm Washington’s image and interests in the Middle East while enabling many key players to operate from the position of strength in the region.

Seen from a political perspective, the decision is a clear indicator of repairing the soured relations between Turkey and the US as Ankara is replacing the US troops in Syria, a development showing that Turkey has resumed its role as one of the key allies of America in the Middle East. Taking over in Syria suggests a moral victory of Ankara, which took a firm stand against Riyadh over the killing of Jamal Khashoggi – a journalist and US resident- inside the Consulate of Saudi Arabia in Turkey. US military and economic pressure did not affect Ankara’s stance. The withdrawal of troops may be seen as Washington’s retreat from the complex war. Now America may lose its say in Syria’s political future.

The backing of the United States to the Kurdish forces in Syria was the major point of friction between the US and Turkey. The situation had pushed Ankara closer to Russia and Iran. The alliance of Iran, Turkey, and Russia has considerably contained the spillover of the Syrian conflict for the past few years. The alliance partners, playing a significant part in the crisis, share the view that a political solution can stabilize Syria. But Ankara’s moving closer to the US can make it tougher for Iran to lead the region.

The move from Washington – seen as its new strategy in the Middle East – likely aims at breaking the Iran – Turkey – Russia alliance, which the US can achieve by bringing Turkey into its fold. Turkey has accused America of arming and training Syrian Kurdish forces fighting the Islamic State Group (ISG) in eastern Syria. When it comes to Iran, the withdrawal of American forces may weaken Tehran’s argument for staying in Syria. American withdrawal can shift the burden of resolving the conflict in Syria on Ankara and Moscow, which might cause a rift in their relations as both of them will likely struggle to fill the void left by the United States.

Recently, President of Turkey, Recep Tayyip Erdogan threatened to enter the Kurdish controlled areas of Syria. Turkey’s entry could well harm the US troops and dash to ground the hopes of an improvement in the two countries’ ties.

Moreover, the US pullout from Syria can give space to the region’s non-state actors like the ISIS and pro-Turkish militias, a matter that can destabilize Syria further. Trump’s national security team has consistently warned him that a sudden pullout from Syria could be a mistake as the move could encourage the IS group to revive. Ankara too may make good use of the situation to show its power in the region, effectively proving America’s exit a mistake.

US-Turkey bonhomie can affect Russian strategies in Syria amid the shifting balance of power. Iran-Russia ties may strengthen and their security cooperation can deepen for fear of the security failure in Syria, an incident which can destroy all the work that Moscow and Tehran have done over the years to stabilize Syria.

The new relationship between America and Turkey may encourage Tehran to rethink its policies in the region as without Ankara it stands isolated further, leaving it as the only regional country which is not an ally of America. So either Iran may seek a deeper relationship with Russia or it may improve its ties with rival Saudi Arabia (a Key US ally) while maintaining a good relationship with Turkey. Consequently, Tehran’s relation with Washington may improve, bringing them closer. Such a situation can prove detrimental to Russia as it will get pushed out of the region.

Even Turkey-Saudi relations may thaw because the renewed ties between Washington and Ankara have placed the latter in a leadership role in the regional politics. Ankara may no longer see Riyadh as a rival and potential threat.

Israel is a main loser in the game as it has neither gained any leverage in negotiations over Syria’s future nor has it scored any political point over Iran, whom it sees as its arch-rival. With the US out, Tehran may become more proactive in regional political affairs.

It is Russia, Iran, and Turkey which have come out winners; so has the Assad government. Besides gaining battlefield experience and showing their prowess, Russia’s five thousand troops and a few aircraft have saved Assad government from falling in the long-drawn Syrian war.

Iran is a big winner in the power game in Syria. Washington had repeatedly said that it would stay in Syria till Tehran is there. Now, with US withdrawing, Iran will be in a better position to retain its military presence in Syria and also look for a leading role in the region’s politics.

Turkey has not only won US confidence but also got a clear path to push the Kurds out of the picture. Ankara can prove a new leader in the region and get a greater voice in the regional matters. Ankara would like to play a constructive role to stabilize Syria while increasing its influence in the region.

Likewise, Assad Government can feel proud of having stood its ground in the fierce war. The regime can work with redoubled energy to expand the influence of his government to the other parts of the country which includes the oil-rich areas. Syria-Iran-Russia ties can take center-stage in the region, pushing America out of the picture.