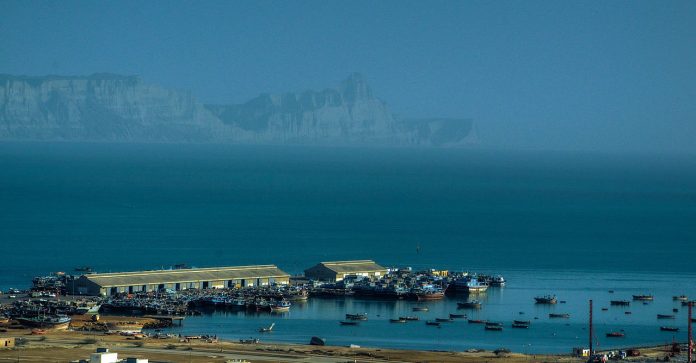 Water is widely regarded as the lifeline of mankind. About two-thirds of the earth’s surface is water in the form of oceans, seas, rivers, and other forms. The relationship between humans and earth’s water has evolved over centuries, even as the dependence on water has only increased. However, utilizing maritime resources in an effective way in the longer term can result in sustainable development through a host of processes including by providing food and minerals, generating oxygen, absorption of greenhouse gases, protecting earth from impacts of climate change, managing the weathers and temperatures and serving as the major source of international trade.

Historically, man has used the ocean resources to fulfill its needs and exploited it at the same time in many ways. The Indian Ocean is world’s third largest ocean and it is the lifeline of the international trade and transportation in many aspects; carrying half of the world’s containers ships, one-third of the world’s bulk cargo traffic and two- thirds of the world’s oil shipments. The Indian Ocean has a great significance in the maritime, geopolitical and geo-economic landscape of the world. The ocean acts as crossroads to connecting large economies of East and West. The Indian Ocean’s Rim is critical from the point of view of stability, especially in the emerging discourse of the Indo-Pacific which is widely regarded as a single strategic entity. The politico-strategic map of the Indian Ocean Rim clearly identifies high significance of this region as it spreads through the Middle East and the Gulf, the Red Sea and the Horn of Africa, East Africa, South Asia, and Southeast Asia. As such, its blue economy potential is assessed to be unmatched.

The “blue economy” refers to the promotion of sustainable development activities and employment opportunities by involving and managing the maritime resources of a state. A nation’s blue economy is based on a long term socio-economic benefits, provision of safety from environmental degradation and utilization of maritime resources at their maximum capacity. In simple words ‘blue economy’ can be defined as managing sea while protecting the environment and utilization of sea resources in such a way that it can benefit the economy of the country. So, the major component of the blue economy focuses on balancing sustainable socio-economic and environmental development in the context of oceans.

In Pakistan’s context, blue economy is a new term, but perceived as of great significance for the long term sustainable economic development involving social and environmental policies and to boost the country’s GDP. The country’s coastline is about 1000 kilometers running peripheral to the Arabian Sea which is the part of Indian Ocean Rim. Pakistan has an Exclusive Economic Zone (EEZ) of 350 nautical miles which generates 290,000 square kilometers of continental shelf. This area is 36 percent of the country’s overall territory and is an opportunity for exploring unprecedented resources in it. This vast area can be converted into a sustainable platform for the blue economy of Pakistan owing to its potential in providing seafood, energy resources, besides its presence on the most critical maritime route of the world, given that more than 80 percent of the world’s seaborne trade transits through the Indian Ocean. It also provides a potential for tourism in the beautiful coastal areas of the Sindh province, and specifically Baluchistan. Pakistan’s maritime zones are full of living and non-living resources including some life-saving medicines and undersea vegetables. Renewable energy sources i.e. wind, sea tide, and solar radiation are also part of maritime resources and are important components of a blue economy but the exploration requires ultimate utilization of relevant technologies.

Since 2015 the official inauguration of multibillion-dollar China-Pakistan Economic Corridor (CPEC) and the emergence of Gwadar as the third major port in Pakistan, have further enhanced Pakistan’s geostrategic and geo-economic significance. The port is perceived as the gateway to over US$62 billion worth of projects. Gwadar is a deep sea port located at an important geostrategic position in the Indian Ocean near the Strait of Hormuz. Under the CPEC, the Government of Pakistan has leased the Gwadar Port to China with further consent of acquisition of 2281 acres of adjacent land to the port declared as ‘Special Economic Zone’ based on China’s successful Shenzhen model. The corridor is also facilitated with a lot of infrastructure projects involving road and railway network linking Gwadar to rest of the country and with China.

Pakistan’s long coastline of over 1000 km long coast is 74th largest in the world out of 142 states having coasts. This, in turn, demands efficient utilization of maritime resources and practicing sustainable development but unfortunately very little has been done yet. To make most of its natural gift in the form of maritime zone, Pakistan must revisit its National Maritime Policy. This is a long-term process which demands a conceptual understanding of ocean ecosystems and how to pave a better way for sustainable socio-economic growth utilizing the country’s blue economy. The Indian Ocean Rim is rapidly becoming the center of attraction of the world’s geostrategic and economic gravity. Pakistan has a host of favorable conditions for a blue economy with its maritime significance. Gwadar, due to its strategic location, will cease to be just an ordinary port in the future. It is likely to become the gateway for all the economic activities not only for Pakistan but in the region as well.  The deep-sea port of Gwadar, once fully operational under the CPEC, could play a vital role in boosting the country’s economy and ultimately paving a way for a maritime-based blue economy benefiting the whole region in the future.