Early this January, 18-year old Rahaf Mohammed Alqunun captured the world’s attention when she barricaded herself in a Thai hotel room after fleeing abuse in Saudi Arabia. Alqunun was on her way to Australia, where she was planning on claiming asylum when she was stopped by Thai authorities and told she would be sent back to Saudi Arabia.

When Alqunun was initially stopped by Thai authorities, circumstances suggested she would be forcibly returned to Saudi Arabia. Alqunun alleged on several occasions that her passport was seized by Saudi officials at the airport. Furthermore, Thai authorities claimed that Alqunun had tried to enter the country illegally, despite the fact that she had an Australian visa. Her deportation to Saudi Arabia appeared imminent.

But by masterfully wielding social media, Alqunun was able to broadcast her fears to the world, gaining access to UNHCR – the UN Refugee Agency – and eventually asylum to Canada.

Alqunun’s experience, however, is different from most refugees who often spend years “trapped” or immobilized in Thailand.

Although Thailand has been home to thousands of refugees, the country lacks the formal administrative and legal mechanisms to identify and protect refugees. With the exception of thousands of refugees from Myanmar living along the border (who are confined to refugee camps along the border), Thailand does not formally recognize asylum-seekers or refugees. Instead, refugees are lumped together within a larger category of “irregular” migrants which include displaced people as well as various groups of migrants.

The responsibility to identify and protect urban refugees falls primarily to UNHCR, which provides each asylum-seeker and refugee with a certificate identifying them as a person at risk (the exception of asylum-seekers from Myanmar). These certificates, however, offer little protection since they are not officially recognized by the Thai government.

Because of the lack of formal recognition, asylum-seekers and refugees in Thailand are constantly at risk of arrest, detention, and deportation

Ultimately, refugees live with limited access to political and legal rights; they are unable to travel within or out of the country. They become “trapped” and immobilized, unable to return home or integrate into Thai society.

Without the ability to petition for change or travel outside the country, refugees struggle to make ends meet in Thailand. Work is difficult to find without proper documentation and the “illegal” status of asylum-seekers and refugees makes finding housing difficult. And while refugees receive assistance from UHNCR, it is rarely enough to support entire families. As a consequence, asylum-seekers and refugees rely on the help and charity of local organizations and religious groups, like temples and churches, for food and other necessities.

Thailand has also been no stranger to forcible returns – refoulement – of asylum-seekers and refugees. A 2017 report by Amnesty International identified four notable cases of forcible returns to China, Bahrain, and Turkey involving more than one hundred people. Many are never heard from again. This, despite the fact that Thailand is party to the Convention Against Torture which prohibits the refoulement of individuals who are likely to face persecution.

Resettlement to a third country remains the only long-term solution for the thousands of refugees currently in Thailand. Yet, less than one percent of refugees are resettled each year.

Thailand’s refugee protection regime is hardly the exception though. Most countries in the region lack the means to adequately identify and protect refugees. With the exception of the Philippines, Cambodia, and Timor Leste, no other country has acceded to the 1951 Refugee Convention or its 1967 Additional Protocol, the main international instruments for refugee protection. Furthermore, countries, such as Malaysia, are also known for arresting, detaining, and deporting refugees, even when they have been recognized by UNHCR.

In the past two years, Thailand has appeared to take important strides towards improving its treatment of refugees. In 2016, Thailand’s cabinet approved (in principle) to implement a screening mechanism for refugees. During the 2018 United Nations General Assembly, Thailand adopted the Global Compact for Safe, Orderly and Regular Migration and endorsed the Global Compact on Refugees. Following Alqunun’s case, Thai immigration chief Surachate Hakparn said that refugees would no longer be returned home involuntarily and that Thailand would follow international norms.

But the detention and possible extradition of Hakeem al-Araibi casts doubt on how Thailand will follow through with these commitments. Last November, Thai authorities arrested Hakeem al-Araibi on the basis of an errant Interpol red notice issued by Bahrain. In 2012, al-Araibi was allegedly one of several athletes who was detained and tortured as part of a brutal crackdown against pro-democracy protests. He fled Bahrain in 2014 and became a refugee in Australia in 2017.

Thailand’s Office of the Attorney-General recently entertained Bahrain’s extradition request, insisting that it had provided compelling evidence of al-Araibi’s alleged vandalism of a police station in 2012. It has seemingly done so by overlooking Bahrain’s human rights record and al-Araibi’s status as a recognized refugee in Australia.

It is likely that Thailand will continue to maintain an ad hoc refugee policy that avoids the label refugee altogether. Doing so will allow it to avoid direct responsibility for refugees and displaced persons. But it will also give it greater discretionary power over who it can detain and deport, particularly political activists and dissidents from other countries.

The experience of Alqunun, al-Araibi, and thousands of other refugees points to a fractured political landscape that puts refugees at risk of possible abuse and refoulement. 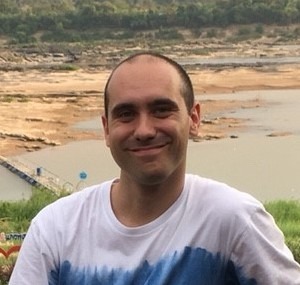 The author is a Lecturer in Government at Ubon Ratchathani University. He was formerly a researcher at the United Nations University Institute on Globalization, Culture, and Mobility.

Legislating National Security in the Philippines