Kyrgyzstan is an impoverished former Soviet Union country, which managed to become the “democratic island” of the Central Asian region. It shares international borders with Kazakhstan, Tajikistan, Uzbekistan, China and it is surrounded adjacently by Turkmenistan, Russia and Afghanistan.

Kyrgyzstan holds close ties with Kremlin as it hosts a Russian Air Base, and it is also allied with the other members of the Commonwealth of Independent States.

Recently, on Oct. 4, 2020, Kyrgyzstan held the 7th direct Parliamentary Elections; 16 political parties have run campaigns to gain seats at the unicameral Kyrgyz Parliament with 120 placements. Out of all, 4 parties made their way to the Parliament passing a high 7 percent threshold, three of which are connected either to the incumbent President of the country – S. Jeenbekov or to a clan of corrupt oligarchs – Matraimovs. For the first time in the history of Independent Kyrgyzstan there were no seats owned by opposition.

The election is widely considered to be rigged as credible proofs of mass vote bribery, voter intimidation, sophisticated techniques to sway the outcome were presented by citizens, observers and media which triggered a mass rage.

The 12 unfortunate parties jointly declared dismissal of the election turnout and claimed a new election process to be hold, they also demanded the incumbent president to resign. The next day after the outcome, the opposition parties called on their supporters to protest and to express the discontent.

Thousands of demonstrators summoned on the main square of the capital city, however, shortly after, to disperse the crowd, police used tear gas, water cannons and deafening grenades, injuring overall 1600 and killing one. As the mob grew with protesters coming from regions, special military forces and police, who were ordered to oppress and scatter, on the contrary, joined the protesters. Thereafter, protesters took over the White House, the seat of Kyrgyz Parliament and President, and burnt two thirds of it down. The Committee of National Security was too, pierced by enraged protesters. Subsequently, some of the influential political prisoners were freed by supporters. Protesters hijacked a national pro government media and pressured them to show the truth to the people.

The name of the 19-year-old who perished was Umut, which in Kyrgyz means hope, so the civil activists of Kyrgyzstan decided to name the third revolution (semi-revolution?) of Independent Kyrgyzstan “The Revolution of Hope.”

Heroes who do not wear capes

In the midst of the mob rule and escalating massive street violence, part of the locals gathered and organized themselves into teams of “Druzhiny” – volunteers who took the responsibility of maintaining the order and protecting the city from looters as officials fell short of managing the crisis.

The other part of civil society volunteered to clean up the city from trash amid the chaos, and to help by supplying masks, food, warm clothing, water and even milk (to wash off the tear gas) to the politically neutral Druzhiny and protesters.

Teams of Druzhiny and volunteers worked well enough to halt looting and disorder despite pandemic and mobile/internet connections being shut down.

This was the third time Kyrgyz people witnessed such a revolutionary upheaval within 15 years, two previous taking place in 2005 and 2010.

The incumbent president and the parliament largely distanced themselves and hid from the public, precipitating a power vacuum. The former, however, employed ways to help stabilize the situation and finally played his role by calling parties on a negotiation, giving an order to the Central Election Committee to cancel the election results and even making a statement on his willingness to resign.

Little did it help to resolve the unrest, as several different opposition coalitions established at least three Coordination Committees, which barely had any legitimacy, in purpose of taking the reins of power for the time of transition. This came as a result of the lack of a single certain opposition in the political spectrum which could unite all the opposition electorate which spread itself thin into supporters of 12 other parties, giving no tangible power to any of those.

Largely, opposition consisted of three feuding subgroups that envisaged the temporary takeover of the administration into three completely differing ways.

First political group was led by suddenly popular S. Zhaparov (one of the freed political prisoners during the protests) — a veteran of Kyrgyz politics with obscure past who served Parliament or somewhere around it for almost 15 years.

The second coalition of oppositionists advocated for impeachment of the President Jeenbekov, for lustration – the process of disqualification of politicians associated with abuses under the prior regime, they demanded to make a way for new, young people into politics. Thus, T. Toktogaziev – a young entrepreneur, philanthropist was endorsed. Majority of young protesters demanded lustration and reelection of the Parliament.

The third coalition were a group of veterans of Kyrgyz politics including those who were freed from prison on the first day of demonstrations which included Kyrgyz ex-president, couple of ex-Prime Ministers and other mammoths of the political establishment.

Incumbent Government three times fell short of mobilizing to form a necessary quorum of at least 61 parliamentarians out of 120 for the extraordinary meeting in order to carry through a legitimate appointment of the new cabinet. On the third day, however, the quorum was claimed to be reached by means of power of attorney from missing deputies, thus, the appointment of Mr. Zhaparov as a Prime Minister was successfully realized, although the documents proving the claims are still not publicized, making the legitimacy of the appointment questionable. Moreover, some members and the deputy speaker of the parliament have reported on direct intimidations and threats from the criminal supporters of Zhaparov to make MPs vote for approval his candidature for a role of prime minister.

He was sentenced on charges of taking a government official hostage, which he had claimed that, this was done in the purpose of nationalizing the exhausted private gold deposits of Kyrgyzstan. Thus, with his populist claims of making Kyrgyz people prosper by ending corruption on gold mining sites, he won the popularity around regions (where people barely have access to/awareness of independent media).

Shortly after being freed, using the power of his supporters, he proclaimed himself a “new legitimate Prime Minister.” As his supporters grew, and his power accordingly, it was revealed that those three pro-government, pro ruling elite parties granted him a huge kick by financing his popularity: social media pages were bombarded by trolls and bots (fake accounts) that craft fake news on Zhaparov’s rivals, that produce illusion of massive support to him, that threaten the otherwise-minded.

In addition, the financing was fueled into buying the organized crime members (local mafia) to intimidate and threaten the journalists, influencers and legitimate deputies to take a stance on their side. The urge to sway incumbent deputies on his side was needed as only the incumbent government (President and Parliament altogether) can appoint a new prime minister that has to form a new functioning government.

So, by now you can tell, Zhaparov is just a puppet in the hands of both the current president that wishes to remain in power and of the ruling elite that needs to have their hands in the game, who the people wanted to rid themselves of.

This situation vividly shows how criminal world is tightly intertwined with Kyrgyz politics and demonstrates the politicians’ lack of power in the presence of criminals. Sometimes, they are even compelled to turn a blind eye, instead of protecting the people from these forces.

Additionally, this whole crisis reveals the deepness of the poverty people are plunged in, especially in times of pandemic and financial crisis. People survive from day to day, so they are ready to sell their vote for an average of $20. They have to think what is for today’s dinner, they cannot afford to think of tomorrow, they do not have a privilege to think of the future.

Another bottleneck that became a limelight during the crisis was the info bubble that people have found themselves in. Most of the people lacked access to independent media, TV channels and largely were showered with fake news and one-sided coverage of events. Thus, lack of media literacy skills played one of the key roles in what side the opposition electorate would support.

In my opinion, Kyrgyzstan has a very politically active electorate, thus, the power is in the people, otherwise mass vote buying would not bring any sense. By means of discussions and helping each other educate ourselves, by teaching each other critical thinking skills and media literacy, our electorate will not only be active, but also be conscious and critical to be able to hold our high-profile officials accountable. 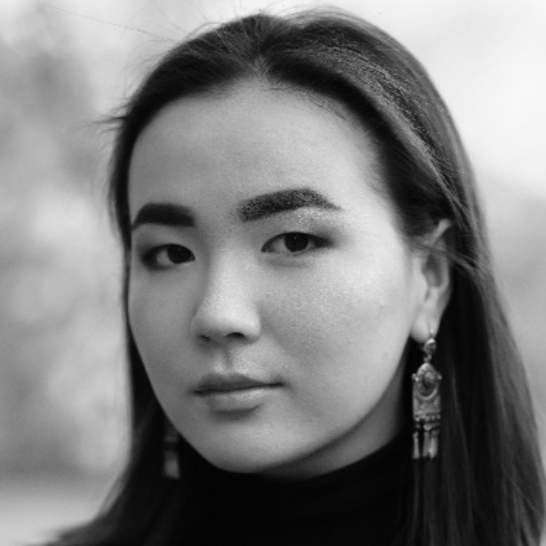 The author is originally from Kyrgyzstan, currently pursuing her bachelor’s in International Relations by the University of Pecs, Hungary. She is active in the area of human rights. Her primary focus is on women and minority rights.