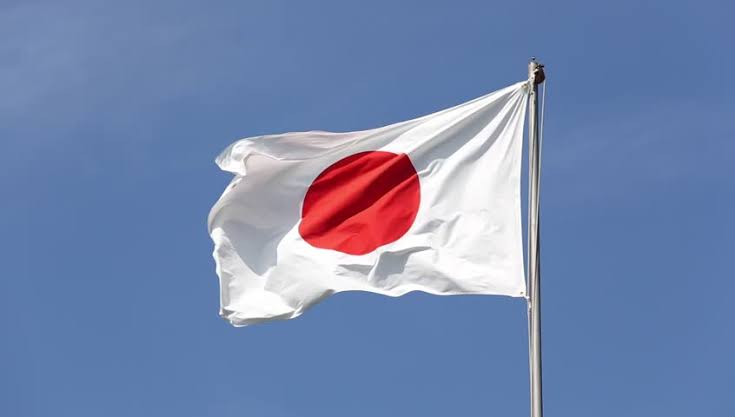 Amending the article 9 of the Constitution of Japan has been a never-ending story in Japanese politics. The article 9 is the basic principle of the Japanese security policy and expresses the Japanese commitment to peace in two short paragraphs:

“Aspiring sincerely to an international peace based on justice and order, the Japanese people forever renounce war as a sovereign right of the nation and the threat or use of force as means of settling international disputes.

In order to accomplish the aim of the preceding paragraph, land, sea, and air forces, as well as other war potential, will never be maintained. The right of belligerency of the state will not be recognized”.

Strange as it may seem, Japan ranked 2nd in 2000 in military expenditure (in current US dollars). By 2017, Japan dropped to the 8th place, not because of a decline in its expenditure, but due to other countries higher investment in the military. Besides, Japan possesses advanced military technology as a result of its tight collaboration with the US.

Japan became occupied by the US after the defeat in the Second World War (II WW). Thus, the US could play an extensive role in shaping the redaction of the Constitution of Japan and became the grantor of Japan’s security by 1951 after the signature of the Japan-US Security Treaty (revised in 1960). Japan kept no military forces until the early 1950s when the Cold War became noticeable, the communists won the Chinese Civil War (1949) and the Korean War burst (1950). In that unstable environment, the Japanese government established the Self-Defense Forces (SDF) in 1954 based on the right of “individual self-defense”. Even though, due to the tight limits on Japanese military power, the country channeled its efforts in implementing a mercantilist foreign policy.

In the late stages of the Vietnam War, the US requested a further contribution from Japan in its defense. It resulted in the approval of the National Defense Program Outline (NDPO) in 1976 which stated that Japan should be able to handle limited and small-scale aggressions. By the same year, Japan had limited the military expenditure to 1% of the GDP and banned arms exports (in force until 2014). The PM Takeo Fukuda implemented those changes by enhancing economic and cultural ties with South-East Asian countries and relying on non-military means to cope with conflicts. As a result, Japan increased its international prestige and kept its military forces at a minimum.

But, one cannot make an omelet without breaking a few eggs. The Japanese contribution in the Gulf War (1990-1991) took the form of monetary disbursement and a minesweeper mission after the conflict. Coalition countries condemned the lack of on-site contribution as “too little, too late”. Such critics undermined the Japanese international prestige and, as a response, Japan adopted the Law on Peacekeeping Operations which, for the first time, allowed deploying the SDF under the umbrella of the UN peacekeeping operations.

In 1997, the US-Japan Guidelines recognized that the SDF should cooperate with the US in “situations in areas surrounding Japan”, which is the first recognition of the right of collective self-defense in Japan. In 2001, a special law permitted the SDF support in Afghanistan, and a new special law allowed the SDF participation in Iraq in 2004. SDF participation in Iraq was the first time to deploy SDF forces without the UN express support. Recent deployments of the SDF include anti-piracy actions in the Gulf of Aden, which served as the justification for establishing the first Japanese military base abroad, in Djibouti, in 2011. Later, in 2015, the Diet passed the latest important legislation on security by further recognizing a limited right of collective self-defense.

Japanese security policy has evolved from a narrow use of the military power to an explicit acceptance of the collective self-defense. Such evolution resulted in a deeper contradiction between the article 9 and the existence and functions of the SDF. Yet, Japanese political leaders have been cautious in promoting a constitutional amendment as it requires a two-thirds majority of each House of the Diet and a referendum. The current composition of the Diet may grant the two-thirds majority for the constitutional amendment. But, even if the amendment passes the Diet voting, policymakers foresee an agitated referendum with strong opposition from minor but mobilized left-wing groups.

LDP showed commitment with the constitutional amendment as they are working on a draft that will probably maintain the first and second paragraphs of the article 9 and add a new clause recognizing the SDF. The reelection of Abe as president of the LDP in September 2018 will be the first step to keep the plan for amending the Constitution alive. Shigeru Ishiba, the main contender for the presidency, doesn’t consider the constitutional amendment a top priority and has a different perspective on how to amend the article 9. Nevertheless, Ishiba’s chances for victory are remote as a recent poll grants about 76% of the lawmakers’ support to PM Abe.

Focusing on PM Abe plans, he has already expressed his will to present the draft before the special Diet session in autumn 2018. The next obstacle for the constitutional amendment may come with the elections to the Upper House in summer 2019. Adverse results for the LDP in that election may disrupt the actual two-thirds majority in favor of the amendment and may cut off any progress on the matter. Therefore, PM Abe is at a crossroads between rushing the amendment approval before the 2019 election, which may turn into higher criticism from the opposition parties and activist groups, or delaying the amendment and assume the risk of losing the two-thirds majority.