Since the beginning of the year 2020, the global crude oil market has entered an unchartered territory that has been unprecedented, unpredictable, and uncertain for all the consumerist states, and the unified regulatory body – Organisation of the Petroleum Exporting Countries (OPEC). In early January, global oil supply chain was at the verge of immense disruption, owing to the escalation of tension between the U.S. and Iran, where Iraq’s biggest offshore oil facility – Al Basra was caught amidst a deadly exchange of firepower between the two. A fallout of understanding between OPEC and Russian Federation followed it, when talks of production cut in March failed, leading to the global crude oil price falling up to 40 percent, at less than $25 per barrel. Even though OPEC, Russia and nine other allies did agree to cut 9.7 million barrel per day of crude production in May and June in order to stabilise the market, the ongoing global lockdown due to COVID-19 has resulted in an oil catastrophe for coming months. For the first time in history, according to the global benchmark Brent, and West Texas Intermediate (WTI), oil prices plunged into negative territory at minus $37.63 per barrel, led by decreased demand for fuel products, restricted movement, and near minimum use of industries that run on fossil fuel.

India was one of the foremost benefactors of falling oil prices during OPEC-Russia fallout due to a directive by International Energy Agency (IEA), ordering India to take up to 2 million barrel per day out of the market by filling its strategic reserves. However, the country has run out of tricks to take advantage of negative oil prices in the current market, whereas its contemporaries like China, Japan, and South Korea look forward to taking a huge lead.

According to the U.S. Energy Information Administration (EIA), India is the third largest energy consumer and the fourth largest consumer of crude oil in the world after the U.S., China, and Japan. Even after having a massive unexplored potential of oil resources, the country is primarily dependent on imports from West Asia, even though the current geopolitical scenario has made India shift its focus to both North and Latin America. By 2017, India was consuming an approximate of 4,337 thousand barrels of petroleum products per day. However, in times of a shutdown, with a near negative transaction of crude oil, lowered production, and minimal consumption, all eyes fall on a country’s strategic reserves, which through a cyclic process of transaction and storage, keeps the oil market stable.

India was one of the few developing countries that realized the importance of long-term energy security in the form of storage, late in 2004. Since then, ISPRL, India’s Special Purpose Vehicle (SPV) owned by the state has been maintaining three Strategic Petroleum Reserves (SPR) with a capacity of 5.33 million tonnes in Vishakhapatnam, Mangaluru, and Padur, which can support 9.5 days of net imports of petroleum products. On top of that, India also stores oil in almost 66,000 pump stations, 300 depots and 250 aviation terminals. The combined storage facility, along with SPRs, aims to sustain India through approximately 77 days of oil requirement. However, as optimistic as it sounds, it is still 13 days shorter than IEAs compulsory requirement of 90 days, and is subpar compared to other IEA members, and associate members – mainly China and Japan

India’s quantified storage facility is a low 39 million barrels, as compared to China’s net facility of 550 million barrels, and Japan’s 528 million barrels. Even if India comes up with another two SPRs, as decided in 2018 at Padur and Chandikhole, it will still be 3 days less than IEA’s aforementioned compulsory requirement cap. On top of that, as part of a strategic agreement with the UAE, Delhi has already leased half of the SPR capacity in Mangaluru and Padur to ADNOC, with retaining rights in times of emergency. However, with a fall in almost 60 percent of national demand during such emergency, that capacity is unlikely to be emptied out soon for India to store more oil. India, on the other hand, during the OPEC-Russia fallout also allowed its domestic public sector refineries to not default on their purchase agreements and buy oil for the government in bulk from Saudi Arabia, leading to a record of 20.3 million barrels, filling almost half of India’s SPRs in March itself.

All this, added with the lack of more storage capacity and declining consumption, have also had an adverse effect on India’s petroleum industry, where refineries are forced to shut down capacities or run at 50 percent of their capacity. Due to this, India’s domestic crude caverns are also filling up rapidly, where they are expected to reach their peak in May. Currently, a third of India’s 5 million barrel per day capacity has been shut with declarations of force majeure on oil cargoes, whereas it is speculated that the refinery storage are also reaching their peak at 95%. Currently India, with a minimal storage facility and an upcoming demand after lockdown, is forced to dump cargoes of oil products with a loading time of maximum one week, as compared to the normal three to four weeks. Private players such as Reliance are also enduring the most of this anomaly, and are forced to send cargoes to leased storage facilities outside India.

In the end, it is to be taken into consideration that India’s dependency on crude oil has risen to 86 percent in 2019-20, where it is expected to surpass China in global demand by 2024. In such times, losing possible opportunities of storing oil amidst global price slump is a disaster. In fact, lack of emergency storage facilities and shortsightedness in an oil market running on negatives have already dealt a serious blow to stop India right on its track for ambitious energy security in the coming years. India has to act upon increasing storage facilities much before the upcoming crisis, and plan to radically build massive storage farms, underground reserves, and upgrade refinery storage capacities, at least doubling up on the current facilities. Furthermore, to tackle the current situation, India can aim at leasing floating storage facilities in the form of super-tankers and Suezmaxes through a short-term charter during the course of this pandemic. Subsequently, if the idea turns out to be a success, India can also think upon strategic floating storage reserves in longer terms, owing to the possible lack of space in land. These strategic floating reserves have the capacity to temporarily store crude oil for 5 months. Until then, one can only expect swift construction of new SPRs in Chandikhole and Padur in the upcoming four to five years, and hope that India’s interest towards the renewable energy sector and EVs does not dismantle its investments on future of crude oil storage in the country. 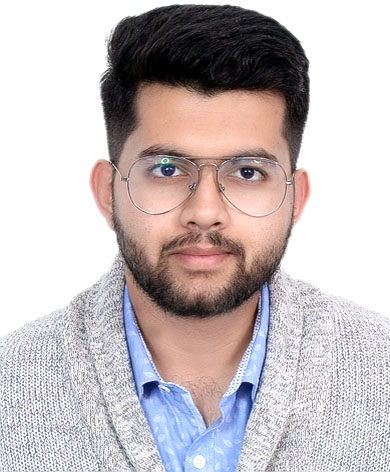 Author is an alumnus of the prestigious School of International Affairs at O.P. Jindal Global University – India. He has completed his master’s in Diplomacy, Law, and Business with a specialisation in Conflict and Peace Studies.