Borneo, the third largest island on earth, is a home to 18 million people and over 200 ethnic groups. The rainforests of Borneo are estimated to be around 140 million years old, twice as old as their antipodal cousins in the Amazon.  This makes them the oldest forests on Earth. Divided into four political regions, Kalimantan belonging Indonesia; Sabah and Sarawak to Malaysia; and a small remaining region comprising the sultanate of Brunei, Borneo is also important as far as foreign policy is concerned. This article aims to explore the geopolitical significance of Borneo Island in Southeast Asia and the shift of Indonesian capital from Jakarta to Kalimantan.

The Borneo Island, politically divided into four regions, holds history of long-standing maritime dispute between Indonesia and Malaysia. Both the countries have asserted their sovereign claims over the two sea blocks near the state of Sabah (Malaysia), and Kalimantan (Indonesia). In the “1979 New Map Showing the Territorial Waters and Continental Shelf Boundaries of Malaysia”, Malaysia initially asserted sovereign rights over the ND6 and ND7 sea blocks. On the other hand, the Indonesian government asserts sovereign rights over two sea blocks it refers to as Ambalat and East Ambalat. A large portion of the ND6 sea block overlaps with the sea blocks of Ambalat and East Ambalat, while portions of the ND7-sea block overlap with East Ambalat. As a result, competing and overlapping claims have been made by the two states concerning the sea blocks.

Since this dispute dates back to the 1960s, however, for the most part, the relations between the two countries were harmonious except in 2005 when Malaysia’s Petronas oil company granted an oil exploration concession in the Ambalat block to Shell. The two countries engaged in a standoff where the navies as well as fighter jets were engaged for surveillance. However, under the spirit of “ASEAN Way” both the governments opted for peaceful resolutions.

Besides, for Indonesia, oil revenues had long played an important role in the country’s GDP. The Ambalat block contains approximately 62 million barrels of oil and 348 billion cubic feet of natural gas and as per Indonesia’s Ministry of Energy and Mineral Resources, 30,000–40,000 barrels of oil per day could be extracted from the block. Hence, for Indonesia, the Ambalat, a disputed sea block in the portion of Borneo Island, plays a significant role as far as economic interests are concerned.

Despite the background of maritime dispute between the two countries, earlier in the year 2019, Indonesian President Joko Widodo announced his government’s plan of relocating the capital from Java’s Jakarta to Borneo’s Kalimantan. Similarly, in 2005 Naypyidaw replaced Yangon as the capital of Myanmar; even Malaysia planned to shift its capital from Kuala Lampur to Putra Jaya since Kuala Lampur is overcrowded. Hence, though the shifting of capital is not unusual for Southeast Asian countries, the choice of Borneo Island has perhaps gained significant attention.

On the other hand, the current capital of Indonesia, Jakarta, is gripped by the tyranny of climate change. Frequently christened as the world’s fastest sinking city, Jakarta, the capital city of Indonesia and the most populated urban area in the country is sinking by an average 10cm a year into the earth due to a combination of issues. A blend of surging sea levels from global warming and land subsidence to the over-extraction of groundwater are among the different reasons which have resulted in this coastal city sinking at a startling rate each year. Flooding is a dominant problem in Jakarta, increased rainfall in the city is rendering the region’s monsoon climate more susceptible to climate change. Land subsidence along with floods gives rise to serious inconveniences for the city. Jakarta’s rivers are sinking with the city rendering it accessible for rainfall to runoff and pool up in Jakarta rather than seeping into the sea. Plus, many researchers specializing in this problem have suggested that massive development is one of the justifications for plummeting Jakarta.  Jakarta’s new development projects have antagonistic consequences on its soft soil stimulating it to become soft and sink every year.

Despite the need for shifting the capital due to climate change, there are certain concerns raised regarding the shift to Borneo Island. For instance, there are certain fears that the plan and the increased number of people living on the island will overall impact the environment as Borneo is known for its rich biodiversity. However, the government has reiterated “We will not disturb any existing protected forest, instead we will rehabilitate it.”

Besides, President Joko Widodo aims to make the country a “global maritime fulcrum” between the Indian and Pacific Oceans. Hence, his claims in the Ambalat zone are likely going to be assertive as he is focused on maritime development policy.

While there are environmental, demographic and developmental reasons for shifting the capital from Java to Borneo, it appears that the Indonesian government has also taken a strategic decision concerning the maritime dispute with Malaysia. For the most part, Malaysia and Indonesia have maintained peace with the spirit of “ASEAN Way.” Consequently, the role of regional organization, ASEAN, will be crucial. From the climate change perspective, experts have argued that Borneo’s nature is in crisis so as the case with Jakarta on the Java Islands. Its rainforests are disappearing rapidly and illegal trade in wildlife is still a widespread practice. Plus, it is one of the world’s areas with the highest deforestation rates. Hence, the much-anticipated reasons for the shift of capital from Java to Borneo doesn’t fulfil merely with environmental constraints as the case is similar with the newly anticipated Borneo Island. The reason behind the development seems to be a more strategic move to protect the security interests of the country rather than the environmental and developmental concerns which is widely talked about. Hence, considering the maritime dispute and climate change factor, Kalimantan on Borneo Island plays an important role as it not only provides a solution for challenges arising from Jakarta but also enjoys a privileged geographical location and raises questions like why is Indonesia moving its capital from Jakarta to Kalimantan? What are the implications on its foreign policy? Is it a strategic move or merely a developmental concern?

The review and opinions expressed in this article are those of the author. 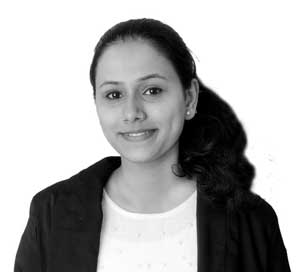