The Milk Tea Alliance between Southeast Asian nations has so far given their pro-democratic citizens moral and tactical support in a struggle to save their often fragile democracies. Great powers now seem to take notice of this movement, including on a diplomatic level. However, whether the Milk Tea Alliance will survive or continue to thrive because of this is debatable.

The recent contentious protest movements that arose in Southeast Asia are finding solidarity among one another. The pro-democratic youths of Hong Kong, Thailand, Taiwan and, since recently, Myanmar, mobilized themselves throughout the continent in defiance of oppressive rule. Also recognizable through the shared symbolism of their Hunger-Games-inspired three-finger salute, the Milk Tea Alliance derives its name from their shared love of the beverage, which is also increasingly popular in the West but goes by the name Bubble Tea.

The Milk Tea Alliance’s (MTA) goals appear alongside those of a global wave of protests that started late 2019, when mass groups mobilized in Hong Kong, Lebanon, Chile and Colombia, among others. Most of these movements have commonalities that seem characteristic of that time. Namely, contemporary uprisings appear to originate from informal online discourse, resulting in non-hierarchical grassroots movements with an aspired adherence to nonviolence policy in defiance of oppressors or to protest corruption. While some protest movements in the past two years have subsided with time, others, including the Hong Kong protestors, sustained their activities with relative consistency.

The MTA, however, illustrative of ‘pan-Asian solidarity’, seems of a more formal nature as an agreement of allegiance among participants from the four countries in comparison to previous international solidarity between social movements, such as Lebanese protestors chanting ‘Stand with Hong Kong’. Fighting against a ‘common, familiar adversary’ – this being the power and influence of state-elites moving to turn away from democratic thought – the MTA has learned to develop friendships, share ideas and ambitions, and also operational tactics and strategy in, what seems to be, an organizational bond that ultimately does not remain limited to citizens.

The mayor of Taoyuan in Taiwan, Cheng Wen-Tsan, appeared to support the MTA when he included the popular hashtag ‘#nnevvy’ – referring to the girlfriend of a famous Thai actor’s Twitter username that obtained symbolic significance in pan-Asian movements – in a tweet thanking ‘our friends from Thailand.’ The move made by the Taiwanese mayor illustrates how grass-root initiatives and shared symbolism among popular social movements can transfer to the diplomatic realm. Notably so, the influence that social movements can have on political transition is not lost on the world of diplomacy and international relations.

At the diplomatic Level

In October of 2020, India’s ruling Bharatiya Janata Party (BJP) put up posters near the Chinese embassy in New Delhi to congratulate Taiwan on its 109th National Day. Indian netizens supported the move by posting a meme on Twitter depicting Taiwan’s President Tsai Ing-wen toasting India’s Prime Minister Narendra Modi with the beloved Milk Tea beverage and Modi holding Indian spiced tea. This meme reflected their support for the MTA’s cause and further highlighted the good relationship these two nations have. Understandably, this came as a blow to the Chinese Communist Party (CCP), since the Chinese embassy in New Delhi had specifically requested the media not to violate China’s ‘One China’ policy, which emphasizes Taiwan as part of China rather than an independent nation.

Although the celebratory images were quickly taken down, Tsai thanked the Indian people for their support and a Taiwanese diplomat in the US seized the opportunity by responding with “Wow! What a #MilkTeaAlliance.” Given the recent increased tensions in the Sino-Indian relationship – with Indian authorities publicly reporting on Chinese PLA movements on national news — it appears that Taiwan and India gauge there is something to be gained from a good mutual relationship, even if it is merely symbolic in defiance of China.

The MTA and China

Simultaneously, there is geostrategic merit for India to show support for groups that resemble anti-Chinese sentiments. While the MTA’s cause is not strictly against China’s regime – at least not for Thailand and Myanmar – the transnational cooperation does demonstrate the citizens’ desire for democracy in the Southeast Asian nations, which concurrently loudens Hong Kong’s and Taiwan’s yearning for independence from China.

This same transnational alliance is showcased by more initiatives. A US-led liberal democratic alliance is forming in the region with groups like the Quadrilateral Security Dialogue (Quad) of the US, Japan, Australia and India aiming to protect common democratic values in the Asia-Pacific region. While such groups are commonly perceived as a response to China’s increased economic and military power in the region, it indicates a potential regional bloc to be either with, or against, of which the India-Taiwan relationship is a developing example.

According to Hsi Cheng, the author of “The Taiwan-India ‘Milk Tea Alliance,'” the improved diplomatic relations with Taiwan may only serve to allow India to challenge and parallel China. However, surpassing China or turning away from Sino-Indian relations entirely does not seem like a viable option given the geographical fact that they are, and will always be, neighbors. Nevertheless, the recent turbulence in Ladakh has arguably pushed India further onto the side of Taiwan in addition to their shared struggle with China’s rising power. As such, India may be inserting itself in the MTA, not only to promote democratic allegiance, but also to strengthen relations with nations to further challenge China’s omnipresence in the region.

The question that remains, however, is the Indian republic’s credibility in regard to promoting pro-democratic sentiment. Due to discriminatory actions and the recent crackdown on protesters in his own country, Prime Minister Narendra Modi’s India has been downgraded from ‘free’ to ‘partly’ free by Freedom House, fearing a descent of India into authoritarianism under Modi.

According to the Freedom in the World report: “Under Modi, India appears to have abandoned its potential to serve as a global democratic leader, elevating narrow Hindu nationalist interests at the expense of its founding values of inclusion and equal rights for all.” The Milk Tea Alliance thus serves as a way for Indian citizens to voice their desire for a democracy. However, it may simultaneously serve as an entrance into a stronger diplomatic alliance with Southeast Asian nations, and thereby position India stronger in opposition to China.

The future of the MTA

While a direct military confrontation between India and China in the near future seems unlikely, it is evident that a geopolitical game is afoot, and India has risen to China’s challenge. More so, what we are seeing is the potential for a Cold War-esque degree of proxy-warfare, where major powers are contending through more localized conflicts. However, amid the not-so-subtle clashes of the two behemoths of nations, it is not unthinkable that a grassroots alliance protecting democratic values like the MTA may be caught in the crossfire.

Since China shows no interest in becoming a democracy or upholding democratic values, this strengthening alliance between the pro-democratic South-eastern nations may indeed be perceived as a defiance against CCP’s regime by China. However, as China continues to seek ‘Chinese solutions to non-Chinese problems,’ the MTA may be like a needle poking a bear. At that point, the question remains whether India will still be around to support the MTA and their goals and whether the CCP will undertake more serious actions against the smaller nations with India not by their side.

India is still operating under the veneer of liberal values, while its domestic liberalism is increasingly questionable. Unfortunately, the MTA might feel attracted to Indian support; finding comfort in India’s strength and feel compelled to its ostensible democratic allure. However, the MTA runs the risk of not only being a pawn on the geopolitical chessboard of the Asian landmass, but also forgo its puritan ideological raison d’être of democratic thought when cozying up to India. 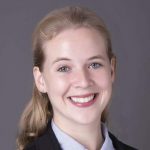 Puck Holthuis is pursuing her master’s degree in Conflict Studies & Human Rights at Utrecht University. She recently relocated back to The Netherlands after living abroad since 2006. During that time, she spent most years in South Africa and China. Puck’s passion for analysis increasingly developed while studying foreign cultures and using that to strengthen her intercultural communication skills. She combines her love for writing with her analytical capabilities, shaping an ambitious young professional with global insights. 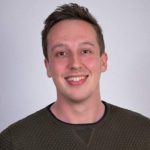 Bob Rehorst is a Global Security Analyst at Dyami and program manager at the Dyami Early Warning for International Security (DEWIS) Working group, a Netherlands-based think tank. He has extensive field experience in the Levant-Middle East region, North Africa and Sub-Saharan Africa. He holds a Graduate Degree in Conflict Studies and Human Rights, and an Undergraduate Degree in Cultural Anthropology, both from Utrecht University. Bob specializes in geopolitics, conflict development and global crises.