Michael Shuman, a journalist and column writer on economics, wrote this in his latest article “What If China Is Exempt from the Laws of Economics?” in Bloomberg. He began by saying that over the years of writing about economics, he observed a list of maxims; two of which was:

–If one country tumbled into a financial crisis, there is a very good chance another, facing similar conditions, will as well.

–A policy that failed isn’t likely to achieve any better results if tried again.

Recently, he has begun to doubt that these maxims actually work for China. China, according to Shuman, has defied economic theories. It “should be mired in meager growth, even gripped by financial crisis” if the maxims hold true.

Shuman’s doubt reminded me of a book called “The Coming Collapse of China” written by Gordon Chang in 2001 that brought him fame. Seventeen years on, while China is still around, this book created a list of China Bears; people who question or even predict the fall of China. These journalists, scholars, Wall Street traders, and politicians were highly educated and made a career based on their deep understanding of economics, history, and political science.

Political scientists told us that a one-party authoritarian regime would fail. Dr. Minxin Pei, an expert on governance in the People’s Republic of China, U.S.-Asia relations, and democratization in developing nations, has been criticizing the Chinese model for years. Born and raised in China, Pei received his bachelor’s degree in Shanghai, master’s degree and PhD in Political Science from Harvard University. Pei made prediction after prediction about China’s fall. During his debate with another fellow Shanghainese, Dr Eric Li, author of such articles as “Democracy Is Not the Answer”, at the Aspen about “China and Democracy”, Pei again predicted that China would fail in a few years, simply because a one-party system was unsustainable. His description of the collapse of China was exactly what happened to the Soviet Union. Five years later, China is still growing strongly, and Pei is still plying his trade, selling his predictions.

Apart from the scholars and journalists, the permabears from the Wall Street hedge funds also made fortunes predicting the fall of China. One of the most vocal hedge fund managers was Jim Chanos. Chanos began his career as a short-seller. He founded Kynikos, a firm specialized in short-selling, and gained a reputation from his prediction on Enron. Jim Chanos became bearish of the Chinese real estate market in 2009 after studying the collapse of the US and Dubai real estate markets. Jim claimed that China was “Dubai times 1,000 — or worse”, and China was on a “treadmill to hell”. The collapse did not materialize, and during a forum event hosted by Schechter Wealth in December 2017, Chanos said, “in the past few years we’re actually now [have] reduced our China short and our global fund to the lowest it’s been”.

What really happened and why hasn’t China faced the reality of Economics? All above people, including Pei, view the world from a western perspective. Economics that we know began during the first industrial revolution. During the 200 years of progress, monarchies were overthrown, people rose up to fight for their rights. These people from the west established the basis of Liberal Democracy and Communism. Democracy, in essence, believes in the power of the people as individuals whereas Communism views people power as a social group. The hundred years of humiliation that the Chinese suffered made most believe that the western political systems were more superior. The People’s Republic of China, formed in 1949 after the Chinese civil war, took the route of Communism as a socialist system appeal to the masses. Confucius preached that the ideal government should take care of the people like a family. To the dismay of the Chinese people, Communism did not accomplish what the Chinese were looking for. So, after the death of Mao Zedong, and huge mistakes made including the Great Leap Forward and the Cultural Revolution, Deng Xiaoping opened the market to the world.

Ten years after Deng opened China to the world, another crisis struck China. The opening of the Chinese market resulted in rapid economic growth in the coastal cities. Unfortunately, it also caused hyperinflation and corruption. The tertiary students took the opportunity of the mourning of the death of Hu Yaobang to protest against corruption. The protest lasted for weeks, and the visit of Gorbachev did not help. The capital city was paralyzed for weeks, and it looked like the protest was spreading to other cities and evolving into a call for the end of One-Party System. Deng and the Communist leaders had to put a stop to the protest, and on the 4th of June 1989, ordered the troops to enter the capital to clamp down on the protest. The protest turned bloody when the workers tried to stop the troops from entering the Tiananmen Square. The protest ended but the opening up of China took a different turn. Deng knew that the hawks in the party were against the market economy, but he was determined to push it through. During his trip to Shenzhen to survey the progress, he openly vowed that the economic reforms would continue. That gave China the direction it needed. The political reforms, however, ended. 2 years later, the Soviet Union dissolved. 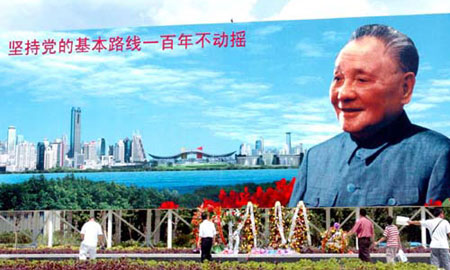 What was the significance of the Tiananmen Square Incident? It was a turning point for China. Instead of moving toward a political system that was “proven”, the Tiananmen Square Incident put a stop to the reforms, and channel all the efforts to the economic reforms. To the people, they were also tired of the constant unrests experienced since the days of the western colonialists, so they gave up on the political reforms and focused on improving their wealth. A wonderful thing happened. As people worked hard to improve their lives, they realized the bliss of not meddling in the politics of the country. And the leaders learned a lesson from the incident, that moving too fast could be catastrophic to the country. Deng gave 2 tenets that really helped the Chinese leaders:

–Let’s be practical and focus on lifting the people out of poverty.        Whatever ideology it is, so long as it works, it’s a good ideology. Similarly, if opening up helps to feed the people, we should continue to reach out to the world.

–The lesson that we learned is that we cannot be over-confident and move too fast in one direction. We are to conduct trial-and-error processes in specific region and if it works in the region, then we could promote it to the rest of the country. If it does not work, we must be decisive enough to cancel the project.

The two tenets helped China to grow at a controlled pace, first with the Special Economic Zones along the coast, and then moved inwards to the rest of the country. Once cities like Shanghai and Shenzhen have attained a level of development, other cities are earmarked for development. As a planned economy, no city or province is left out. For eg, a poor province like Guizhou is designated the Big Data Valley. Efforts are channeled to Guizhou to make Guizhou a success. With the government’s backing, international tech firms and entrepreneurs marched to Guiyang, capital of Guizhou Province, in May 2017. 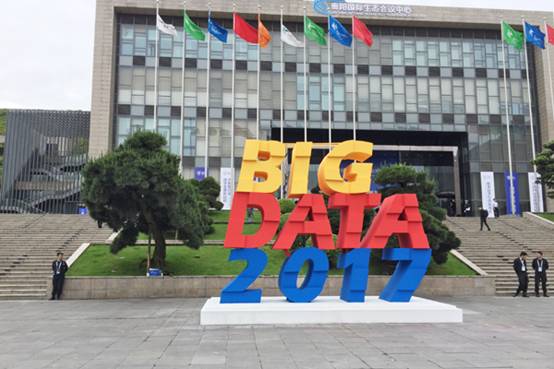 Next, the Belt & Road Initiative (BRI), a project that President Xi Jinping and his administration came up with, was introduced to the world in 2013. Initially, most American politicians, journalists and scholars were less than interested. 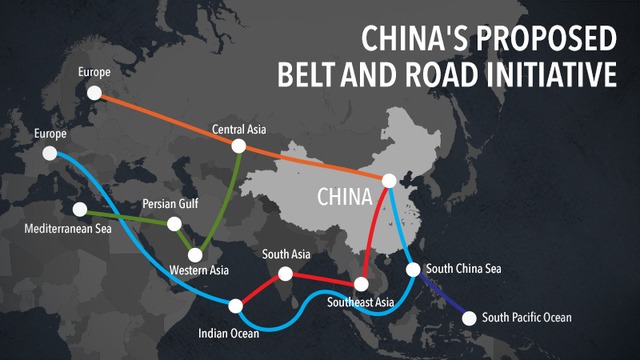 They called it the Chinese version of the Marshall Plan. The other western countries were also rather skeptical about the BRI. Then, when they realized that the Xi Administration was serious about the Initiative, and during the subsequent introduction of the Asian Infrastructure Investment Bank(AIIB), many European countries jumped in to tap into the gigantic project. Last year, Beijing held the Belt and Road Forum for International Cooperation, 29 foreign heads of state and government and representatives from more than 130 countries and 70 international organizations attended the forum.

What about the economic slowdown? As I’ve said, the Chinese economy is controlled. Premier Li Keqiang has said many times that an economic reform is necessary for China to progress, and a slower growth rate would be ideal for the re-balancing of the economy from an export-driven one to a balanced economy with a larger domestic consumption. President Xi also announced on more than one occasion that China needs quality growth, not uncontrollable growth. For those who are worried about the slower growth, it is planned!

I could go on for other phenomena, eg, the Ghost Cities, but you guessed it, they are all planned. Sometimes, things do not work out as planned, but in general, China has been very successful in managing the economy using the two tenets. China is not exempt from the Law of Economics, but it has a better chance of avoiding “the boom and bust” cycle.