Days before the Quadrilateral Security Dialogue meetings were to graduate from virtual space to physical one, the emergence of AUKUS (US Pact with UK and Australia) added another chip to the geo-strategic vision of the Indo-Pacific. The newly signed trilateral pact announced American supply of nuclear powered submarines to Australia, first time after 1958 when it shared submarine nuclear technology with the UK. The idea is to bind the US into the Indo-Pacific region’s security in the long term with constellation of powers coming together on different issues. The timing is particularly noteworthy as it comes at the US’ withdrawal from Afghanistan. The pivot to Indo-Pacific, which was a brainchild of the Obama administration, seems now on its course, and en route through minilateralism. Minilateralism is an idea that is coming into fashion, largely as multilateralism has been challenged with a particular lack of consensus and therefore stalling of any execution. Minilateralism  is a smarter, targeted approach to bring to the table the smallest number of countries to solve a particular issue.

A question that was oft asked this week was will AUKUS undercut the relevance of Quad a.k.a will minilaterals lead to diluted outcomes in the Indo-Pacific weakening security cooperation?

There has been a lot of talk about AUKUS overshadowing the Quadrilateral Security Alliance just as the first ever in person summit of the Quad leaders is about to be conducted on the side-lines of a UN summit. Notably, Quad was hardly a security alliance but a coalition of “democratic polities, market economies, and pluralistic societies.” Quad I emerged as a maritime collaboration in the wake of the 2004 Indian Ocean Tsunami but fell apart with a whimper in 2008 before re-banding together in 2017 with the objective of in a “free, open and inclusive Indo-Pacific region”, and a rules-based order.

Over the years, Quad II contours have spread to soft corners, working on connectivity and infrastructure projects, countering COVID-19 and establishing a structure in health diplomacy, facilitating cooperation on international standards and innovative technologies of the future, supply chain resilience and climate change. In fact, the Quad summit is likely to chalk out ways to secure a “resilient, diverse and secure technology supply chains for hardware, software, and services” in the midst of a global semiconductor supply drought, addressing illicit technological transfer and theft. All these have involved taking a noticeable stance on China and its influence in the Indo-Pacific.

Apart from that the US has been trying to enlist other countries in the region on these issues. In August, US Vice President Kamala Harris visited Singapore to facilitate cooperation on strengthening supply chains. Even after AUKUS announcement, many feel that any move that reminds China it does not have a  ‘carte blanche’ to do what it wants in the region is a good deal. Those in the favour include South Korea, Japan, Taiwan, Vietnam and also Singapore. India itself has been troubled by Chinese hegemonic territorial designs and policies to subvert our strategic interests through Pakistan. The Quad summit is also having back channel talks regarding expanding to Quad++. India is already working with the UK, European Union, New Zealand, South Korea, and other countries on a range of similar issues. Apart from that India has signed a number of military and logistical agreements with countries in the region stepping up military preparedness and interoperability.

A trend towards multiple alignments, trilateral, quartets and plurilateral arrangements show countries can come together in small groups sharing threat perceptions and chalking out ways to mitigate challenges. Chinese disruptive rise has made minilateralism useful as countries have started to recognize vulnerabilities arising from Chinese actions and excessive economic dependence on Beijing. A meshing of ties create a web of powers committed to deal with the changing balance of power in the region. These provide a scope for focused debates and efficient delivery as well as flexibility. Emergence of minilaterals show the growing power conflict in the region. Minilaterals offer a great deal of scope in terms of focused debates and efficient delivery in pursuing an actionable agenda, as well as informality and flexibility. Smaller, targeted, interest-based groups carry a huge advantage of building shared viewpoints, which can gradually be taken to larger, more traditional formal platforms.

Quad and AUKUS are but a start. While these may anger some powers momentarily, they are a way of consensus building and ensuring coordination among a small group in the times of changing world order and contested international politics. 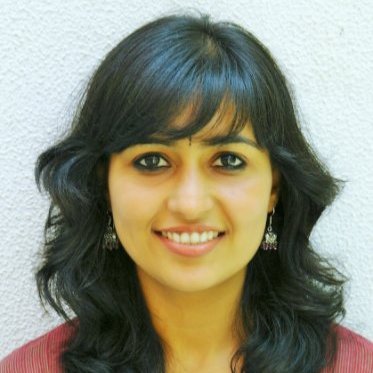