How to Bring Peace in Afghanistan?

As a famous saying goes, “You must not fight too often with one enemy, or you will teach him all your art of war.”

The United States of America appears to have accepted defeat in its war in Afghanistan. Statements from the US high-ranking officials show that it is a military as well as a psychological defeat for the United States.  Besides, the superpower’s tough stand against Pakistan to get support for the Afghan war and to seek Indian help, establish beyond doubt that the US feels defeated.

It was way back in 2001, after the attack by Al-Qaeda on the World Trade Center in New York, the United States started its war in Afghanistan. Immediately after the attack, the then US President George W. Bush stated that “those who are not with us are against us.” The war was started in the guise of “war on terror”. However, it has slaughtered countless innocents, left millions as refugees and destroyed properties worth billions. Leaving the educational and social infrastructure in shambles, the war has seriously weakened the economy of Afghanistan. 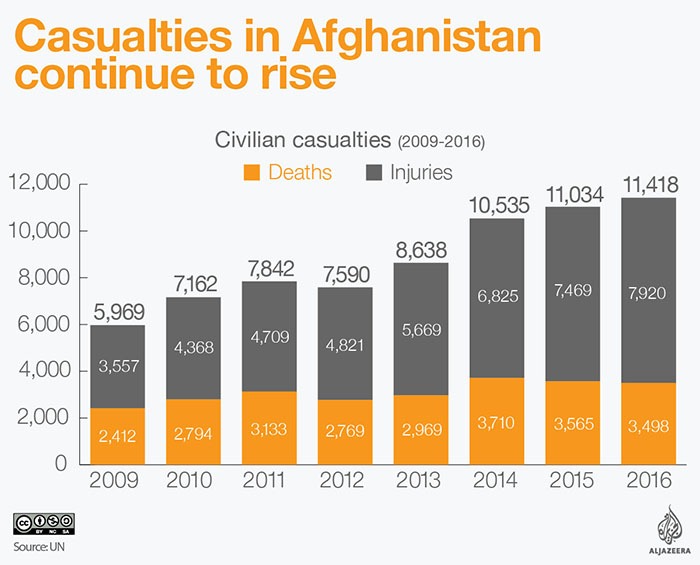 Bush administration announced the war in Afghanistan against the Taliban government after claiming that it had provided shelter to the Al-Qaeda leader Osama Bin Laden. The United States believed Laden was behind the attack.

The US presence on the ground in Afghanistan was negligible when the allied forces waged the ground war. The allies depended on US air strikes that weakened the Taliban, leading to a temporary control over a large Afghan territory. However, America soon lost control over the situation because the Taliban waged a fresh fight and it bounced back strongly.

The Taliban threatened the US troops and declared that Afghanistan would be a cemetery for the US forces. After some time, the Taliban launched a counter attack. This situation had created mounting pressure on Pakistan to fight the war for America against the Taliban.

More than sixteen years have passed since 2001; the United States is still struggling to hold the ground. Consequently, the US has time and again tried to establish peace in Afghanistan by engaging the Taliban in talks. One phase of talks held recently which included Pakistan, Afghanistan, China and America (Quadrilateral-Backed Peace Talks).

As gaining the victory over the Taliban is getting tougher, the United States is frustrated because its image and reputation are at stake. Running away from the battlefield will deal a big blow to its superpower status and that too at a time when it is fighting diplomatic wars against North Korea and Iran. However, the two countries showing no signs of subordination to the US supremacy.

In light of this state of affairs, instead of accepting the Taliban as a force to reckon with and giving up its efforts to defeat it militarily, the United States is catching at a straw. It is, I repeat, putting pressure on Pakistan and urging India to help it win the war against the Taliban. Now the US President Donald Trump has asked all countries to help fight the Taliban forces. 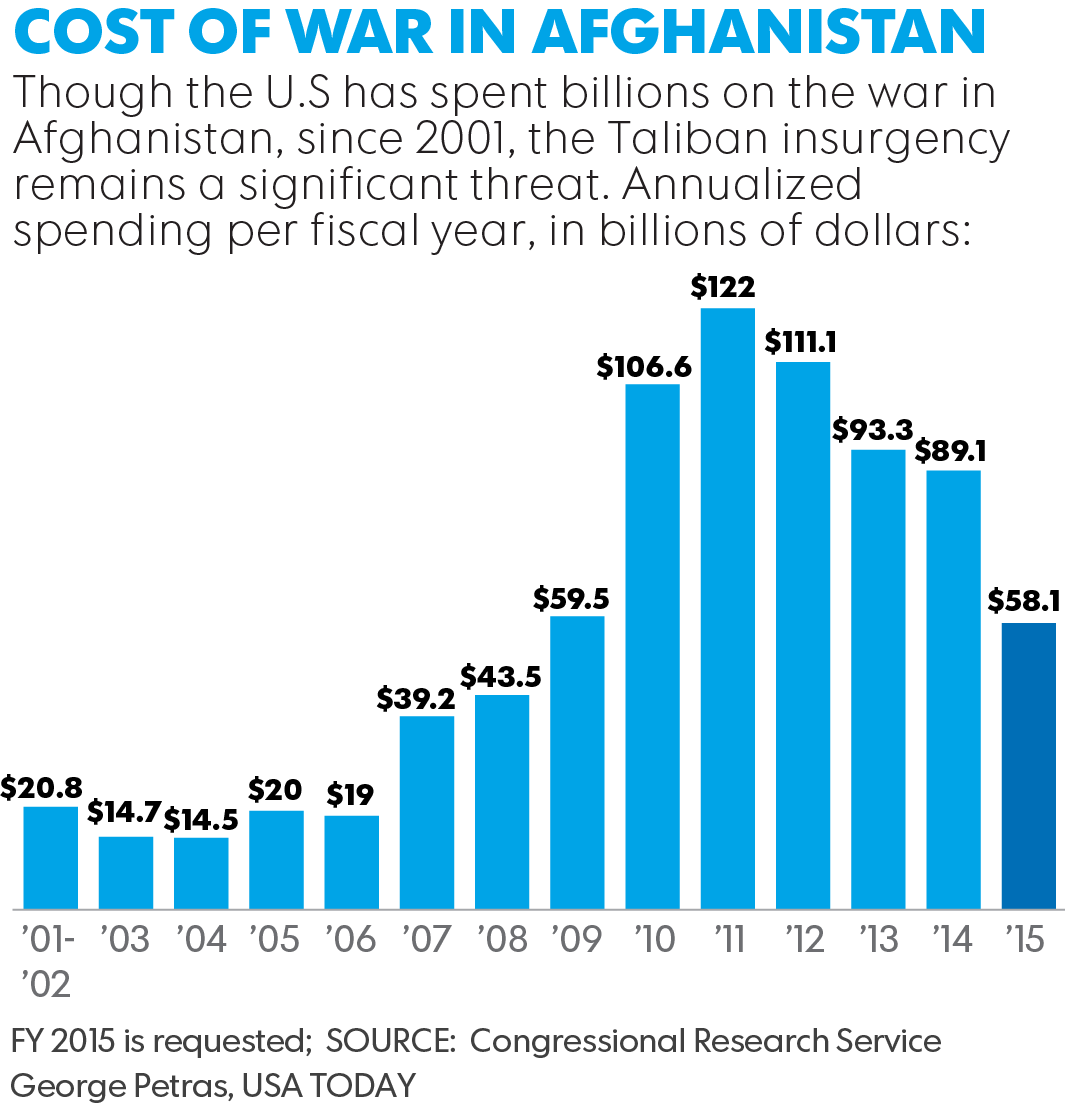 While India has refused to send its troops to Afghanistan, Pakistan has been maintaining for a long time that the US should not punish it for its ( America’s) ‘ failure’ in Afghanistan. The US reportedly has cut military and economic aid to Pakistan. It is threatening to deny Pakistan the Non- NATO ally status.

What the US needs not to forget is that it has the number one military in the world, sophisticated technology, robust nuclear deterrence, a network of allies and international backing. Yet it has not won the war. Why? The answer is- nationalism. We live in an age of nationalism. It is the foundation and lifeblood of the Westphalian system. Nationalism encourages people to sacrifice their lives for their country. Continuous struggle and determination of the native people of a land weaken and erode the strength and confidence of an occupying power. Vietnam is another example of the power of nationalism and the crippling defeat of the United States. Besides, the balance of power is shifting in international politics. American unipolar moment is nearing an end.

What always goes against the US is its preoccupation with war. Washington fights multiple wars at the same time. War drains human capital and resources. The US has wasted too much blood and treasure since the end of the Cold War. It is also an unrealistic desire to keep its hegemony intact forever even at the costs of the other nations.

If the US has symbolically lost the war in Afghanistan, then it is needless to become more aggressive in an attempt to defeat whosoever comes in its way to safeguard its image and prove its hegemony. The best course of action lies in contributing to the world peace without resorting to war.

So, how to bring peace in Afghanistan? Peace in Afghanistan cannot be established through war. Since the 1980s, both the people of Afghanistan and invading powers like the USA and USSR have sacrificed an enormous amount of blood. History tells us that there is no military solution to the problem. Peacemaking is only possible through negotiations and dialogue. War will further harden the Taliban and teach them all the tricks of the game.  Thus, military action will exacerbate the situation in Afghanistan, pushing the country again into the vortex of violence.

On its behalf, the Afghan Taliban must revisit its policy of ‘war is the only option’. Dialogue can pay rich dividends for everyone involved.