The Group of Twenty’s (G20) Osaka Summit, to be held on June 28-29, is currently the focus of global media and expert attention; this befits its self-declared status as the “premier forum” for members’ international economic cooperation. As has become customary, much of the coverage has been pessimistic, particularly due to perceived “geopolitical tensions” and tariff/trade wars.

There has been considerable recent commentary on China–U.S. relations and their geopolitical significance for the G20. Some commentators seem to be missing the domestic political dynamics at play. The Trump Administration’s divergence from the rest of the G20 on key policy issues, including trade and climate change, is more ‘Trump-political’ than ‘geo-political.’ This is apparent from the repeated formula for U.S. President Donald Trump’s aggressive trade diplomacy, which involves the ramping up of threatening rhetoric about tariffs, followed by timely bilateral talks that lead to mutual de-escalation. This indicates an approach to trade that is substantially intended for domestic consumption; talking tough on trade has long been part of Trump’s narrative appeal to his base.

There is little evidence to support a geopolitical narrative of China–U.S. global competition, as opposed to a populist and mercantilist trade agenda influenced by domestic electoral considerations. Uncertainty about international trade will persist beyond Osaka, exacerbated by the pressing need to reform the World Trade Organization (WTO), and will continue to dampen world economic growth. It is possible there will be a repeat of the Buenos Aires G20 Summit bilateral tariff truce between Trump and Chinese President Xi Jinping, which indicates the importance of G20 summits for international diplomacy.

President Trump’s antipathy to multilateralism and global governance undermines American international leadership and authority, rather than helping to capture new markets or spread American ‘hegemony.’ There are strategic tensions between several G20 members, but the Trump Administration’s behavior has prompted some interesting shifts in diplomacy. There is a growing perception that a thaw in China–Japan ties has been induced by shared uncertainty over the U.S. President.

The policy benefits from G20 cooperation are easily lost among the armchair strategizing, reinforced by attention-grabbing, media-driven geopolitical narratives that feed into easily-hyped claims about ‘G2’ competition and the trope of a Thucydides Trap, by which, it is argued, a rising China will inevitably come into conflict with the erstwhile global leader, the USA. As David Welch of the University of Waterloo has argued, there is nothing inevitable about the Thucydides Trap, but conflict could happen due to misconceptions, or inadvertently; G20 cooperation provides, at least, opportunities to improve mutual understanding.

Even if G20 members become distracted by what some scholars call “status-seeking” and “social closure games,” or forms of international diplomatic positioning, civil society actors are increasingly contributing to the G20 agenda on substantive policy issues. I have argued, in an opinion piece on the 2018 Buenos Aires G20 Summit, that global governance experts and civil society actors should also intensify their strategic engagement with domestic and international media, to encourage more focus on G20 policy substance than sensationalist headlines.

Most G20-member governments remain politically committed to the forum, recognizing the benefits from multilateral cooperation, or perhaps believing if you’re not at the table, you’re on the menu. It seems plausible that President Trump is considering not to attend the Group of Seven’s Biarritz Summit later this year, but there was little doubt he would attend the G20 Osaka Summit, despite his discomfort in multilateral settings. He even threatened Chinese President Xi Jinping with tariffs if he chose not to attend the Osaka Summit. Mexican President Andrés Manuel López Obrador’s decision not to attend this year’s Osaka Summit is disappointing, especially when he could have sought diplomatic support on global trade issues, after the recent tariff threats from the Trump Administration. It would also have been an opportunity to seek G20 humanitarian action and support for the ongoing migration and refugee crises, in Mexico and elsewhere. The extent of human suffering on the Mexico–U.S. border was highlighted again this week, by the tragic drowning of a father and his young daughter on the banks of the Rio Grande.

The G20 has become a key global governance hub, in the sense that it is a core organizing forum for many global governance actors and policy issues. This ‘hub’ concept is used by several G20 scholars; in a forthcoming journal article, I focus on the forum’s role as a hub of decentralizing global governance authority. This increases the potential for enduring G20 cooperation, with its continually expanding agenda supported by global governance networks of state and non-state actors.

Despite the ‘geopolitical’ dramas surrounding the Trump Administration, there will likely be progress on some key issues at the Osaka Summit. Prime Minister Shinzo Abe has recently emphasized three key priorities of the Japan G20 Chair, the first of which is to “strengthen the international order for free and fair trade.” He also notes the goal of creating the “Osaka track” of new rules for the digital economy, especially on data flows and the Fukuoka G20 Finance ministerial agreement to try to reach a consensus, by 2020, on how to tax giant tech firms more fairly, based on the location where their profits are generated. Prime Minister Abe describes his third priority as “disruptive innovation” to tackle “global environmental challenges.” This seems the least convincing of the three priorities, in terms of the potential for concrete progress in Osaka, which will likely reiterate the ‘19 (- USA)’ formula for the G20’s non-consensus support for the Paris Climate Agreement.

A recent article in the Japan Times argued, in a rather Manichean interpretation, that the G20 consensus on its new “Principles for Quality Infrastructure Investment” constituted a strategic victory for Japan over China’s Belt and Road Initiative – despite Chinese support for the agreement. Other policy agreements should stoke less geopolitical rhetoric, such as proposals to reduce marine plastics. The G20 Japan agenda for universal health care, however, would likely be rejected by the Trump Administration if there is pressure for more publicly-financed health care.

Another important agenda issue is “women’s empowerment.” There were some fears at the start of the Japan G20 Presidency, in December 2018, that gender equality issues might be sidelined on the G20 Japan agenda. However, several of the G20’s official engagement groups have sustained policy advocacy on key gender issues, including joint statements from the Civil 20, Labor 20, Think 20, Women 20, and Youth 20 on eliminating violence and harassment in the world of work and the ‘25 by 25’ target for reducing the gap between male and female labor participation, by 25 percent by the year 2025. This type of collective action from the engagement groups has a ‘multiplier effect,’ due to the difficulty of ignoring issues that are strongly supported across several sectors of global civil society. The International Labour Organization’s new convention and recommendation against violence and harassment in the world of work could complement their advocacy efforts, increasing the prospects for a G20 endorsement of both of these gender equality issues at Osaka.

The Japan G20 Presidency should be judged, primarily, on the policy contents of the Osaka Summit declaration. Talk of geopolitical tensions and trade disputes might seem to overshadow the Summit, but policy agreements could have a positive impact on billions of people’s lives. Even if the policy achievements this year are incremental or modest, with concerns also about the prospects for the following presidencies in Saudi Arabia, Italy, and then India, the G20 remains a core hub for global economic cooperation. It has the potential to create enduring policy achievements, and even to reduce global strategic tensions through diplomacy and continual interactions between member officials and other actors throughout the year, not just at the summits. 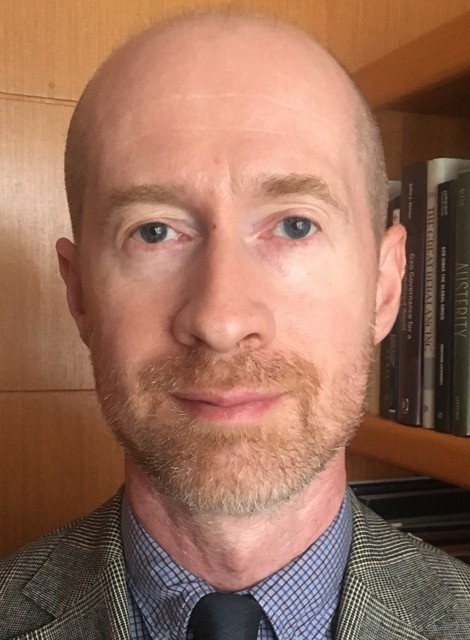 The author is an Associate Professor of International Relations, at the Graduate School of International Peace Studies of Soka University in Tokyo. Before moving to Tokyo in 2018, he spent several years working in Mexico, most recently at the University of Guadalajara. A British academic, he holds a Ph.D. from the University of Essex. He participates in the G20’s ‘Think 20’ engagement forum and provides consultancy on the G20 and global economic governance. His publications include several academic journal articles as well as the books, G20 Since the Global Crisis (Palgrave Macmillan, 2016) and The Shifting Global Economic Architecture: Decentralizing Authority in Contemporary Global Governance (Palgrave Macmillan, 2017).

Rehabilitation From Heroism: Work With Internal Conditions to Prevent an Insider Threat

The Race to Artificial Intelligence Supremacy: Maintaining a Competitive Edge