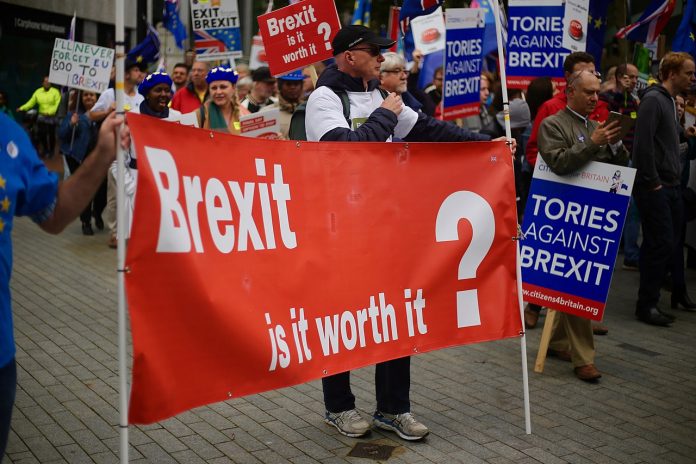 The devastating parliamentary failure of Theresa May’s Brexit withdrawal deal followed by the failure of the opposition’s no-confidence motion has left Britain in a state of political limbo. There is clearly no parliamentary majority for May’s version of Brexit, but there is also no serious grouping which can force through a no deal exit. While there are several possible outcomes, such as a second referendum or a further attempt to force a general election, May has been given another chance to renegotiate a ‘plan b’ before bringing a revised deal back before Parliament on January 29. For this to have any success either May or the EU will have to shift their red lines to allow of a meaningful change to the current agreement.

Although the vote against Theresa May’s deal has convincingly demonstrated what the Parliament does not support, it is not clear which option could command support. This means that in theory going back to the public, either through a second referendum or a general election, is an attractive way to solve the impasse. This has been the argument from the Labour Party, who have long argued that a second referendum would allow them to enter government and deliver a better Brexit. If parliament is unable to come to an agreement it is possible to elect a new parliament. However, in practice, a general election might simply produce a similar situation as splits within the two main parties continue to frustrate attempts to pass a deal. Labour might win several dozen seats, by no means a foregone conclusion, and then simply run into the same issues as the Conservative government has. All this would be happening while the clock runs down.

The Labour Party’s resistance to a People’s Vote almost certainly comes from their commitment to delivering Brexit, motivated no doubt by the precarious position of many of their MPs who represent overwhelmingly Leave areas. As such, they have been pushing for a general election in which they could be given a mandate to deliver their form of Brexit. What this specifically entails is thin on the detail, but they are in favour of retaining a customs union with the EU. This would mean staying in the EU’s tariff-free zone but being bound to EU rules on relevant areas. This will be a hard sell for the majority of Tories and DUP, so would rely on cross-party support from rebel Tories, Labour, the SNP and the Liberal Democrats. This is also possibly unlikely with the SNP’s position being to oppose a Brexit which takes Scotland out of the single market, which at this stage looks inevitable.

Labour’s policy is to support a People’s Vote if a general election is not possible. If the ‘plan b’ deal is rejected on January 29, it is difficult to imagine a world in which Conservative MPs would vote for a general election. It is perhaps just as unlikely the DUP would give up their unique position of power. The Liberal Democrats have also said they will not support a future no-confidence vote unless Labour endorses a People’s Vote. This leaves a second referendum still gaining momentum but facing an uphill challenge on a narrow time scale.

May’s red lines have been a major point of frustration in the Brexit negotiations. Whether May can compromise enough to negotiate a palatable deal remains to be seen. However, it looks pessimistic. On the first day of cross-party talks held to inform the ‘plan b’ deal, May is standing firm on her positions. This includes opposing customs union membership, which the PM sees as limiting the UK’s ability to have an independent trade policy. Jeremy Corbyn has also refused to take part in the talks until a no deal is off the table. This leaves the talks dead in the water.

Then there is the issue of the Irish backstop, for which it is difficult to see any compromise being possible. The EU has remained consistent on this issue, and recently rejected May’s demand for a 12-month time limit. From their perspective, the UK staying in the customs union is the ideal solution to the backstop so it is likely they would support an extension of Article 50 to negotiate a deal which included this. However, the parliamentary arithmetic of this makes it difficult. Those who seek to avoid either a no deal Brexit or no Brexit at all will be hoping that the EU have kept something back as a last-minute sweetener. A significant compromise on either the backstop or freedom of movement would go some way towards helping May rally her MPs, but would go against months of consistent EU messaging.

Daniel Odin Shaw is a Ph.D. candidate at the University of Glasgow, focusing primarily on non-state actors and conflict resolution as well as extremist political movements. He has been published in Ms. Magazine Online, The Monthly Review and Global Politics.co.uk. He tweets at @DanielOdinShaw

Claire Elliott is an economic policy researcher working in a Glasgow, Scotland based think-tank. She holds a Masters in Political Science from the Central European University and has previously written for Global Politics.co.uk. She tweets at @claireell