The outbreak of COVID-19 not only exposed the deep-rooted structural problems of healthcare systems across the world but also exposed the imperial structure of the Intellectual Property (hereinafter ‘IP’) system. The changes trickled from the economic shift and the altering the economic interests and positions of actors in international negotiations has made IP a geopolitical issue in this era.

The use of soft power in cashing vaccine diplomacy by China, India and Russia has further crystallised the geopolitical aspect of IP. Like China’s delivery of vaccines and medical supplies to Europe as a part of its ‘Health Silk Road’, a rhetorical extension of China’s Belt and Road Initiative (BRI). This diplomatic decision is China’s push for global health leadership and its devotion to promoting China’s long-term strategic vision of – “community of common destiny for mankind”. Similarly, in April 2020, India co-sponsored a United Nations resolution that called for “fair and equitable access to essential medical supplies and future vaccines to COVID-19” at the global level.

The global outbreak of COVID-19 mandated global solidarity and unhindered global sharing of technology; however, global politics have shown that vaccine patents monopoly could become a norm. While the pandemic hit all the civilizations equally, unsurprisingly the pandemic impact on some states was horrendous. Some states led the vaccination drive, while some states crumbled economically and socially. The patterns of state’s behaviour in responding to the crisis has also shown the sovereign ‘inequalities’ in which the world order functions. As in the case of debates revolving around patent waiver and compulsory licensing.

As a response to vaccine monopoly or vaccine imperialism, a coalition of countries led by India and South Africa brought a patent waiver proposal for the temporary waiver of certain provisions in the Agreement on World Trade Organization’s TRIPS (Trade-Related Aspects of Intellectual Property Rights) council to facilitate fair, affordable and universal access of COVID vaccines and medicines, predominantly for developing countries. While many countries supported and co-sponsored the proposal, an influential Global North opposed it.

As of now, more than 100 countries support this proposal. However, the main opponent of the waiver is the European Union (hereinafter ‘EU’). The EU responded with a counter-proposal to the TRIPS Council. The proposal calls on governments to “facilitate the use of compulsory licensing within the WTO’s existing Agreement on TRIPS.” The Proposal claimed that “the TRIPS Agreement already provides this flexibility, which is a legitimate tool during the pandemic that can be used swiftly where needed.” This decision in a way reflects the Eurocentric approach to Intellectual Property rights, which is exclusionary, capitalistic and imperial in nature.

As Amaka Vanni in her article On Intellectual Property Rights, Access to Medicines and Vaccine Imperialism argues, “as the history of IP globalization has shown, the TRIPS Agreement is a transplant of the Euro-American model of property, driven by multinational corporations who used their respective national governments to underwrite and export their domestic IP claims. Therefore, it is unsurprising that this international legal regime employed to advance the interests of particular classes, nations and regions at the expense of others continues to reproduce extreme inequality with human costs.” It also indicates that perspectives and experiences of non-European culture have been alienated from the mainstream.

The developing countries can utilise this challenge as an opportunity. The reluctance of the Global North to share vaccines has given space for countries in the Global South to not only do vaccine diplomacy but also rewrite the script of IP.  The history of IP was always told from the perspective of the coloniser, with its own contradictions and incoherence. There is a need to develop a critical approach to IP that can accommodate the multiplicity of voices. Decolonisation as a movement has kept its faith in international law, so TWAIL and other critical approaches can also act as a tool to provide a local context in the discourse of IP. IP system cannot be a vehicle of imperialism. Regional organisations like BRICS can play a pivotal role in restricting the already broken international IP system.

As Michael Birnhack argues “Colonialism was often such a brute transplant, where the colonizer applied its own foreign law in the domestic scene.” In the context of IP, he argues “there is a need to develop an approach (alternative) that makes room also for the other side of the story, that of the colonized. This is a post-colonial approach to IP.” An alternative narrative can place the third world priorities on the IP agenda at the global level. This can start by re-modelling the legitimacy crisis of the TRIPS ecosystem and strengthening the functions of IP. The answer lies in decolonisation, regional incorporation and global justice.

Political and social attitudes in the IP system should not be guided by colonial superiority but by norms of equality, justice and welfare. The geographical south must take proactive steps to re-tell, re-think and re-write the sub-structural stories of IP in general and the architecture of the international system of IP in particular. As the African proverb goes, “Until the lions have their historians, tales of the hunt shall always glorify the hunter.” 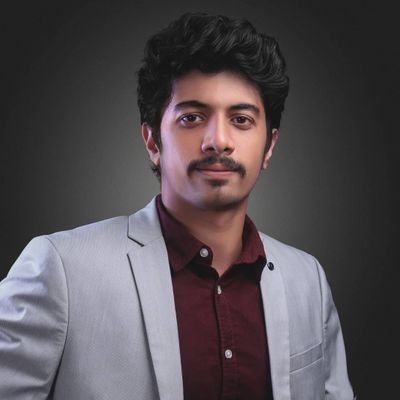 Adithya Variath is a Research Assistant to the Department for Promotion of Industries and Internal Trade (DPIIT), Ministry of Commerce and Industry, Government of India – IPR Chair, MNLU Mumbai.