The Colombo City Port is a planned city in Colombo meant to be developed on reclaimed land near the Galle Face Green, an oceanside urban park adjacent to Colombo’s financial and business district. The project covers 269 hectares of land that has been reclaimed from the Indian Ocean. The city, which is expected to be completed by 2041, will be divided into five distinct precincts: financial district, marina district, central parking living district, island living district, and international island district.

The project’s vision is to turn Port City Colombo into a world-class city for South Asia and the most active economic center in the region. It is estimated to bring in $15 billion in international investment and create 83,000 local jobs. Its goal is to promote integrated seaside living within the Central Business District (CBD) in order to give a high quality of life for visitors, professionals, entrepreneurs, managers, and retirees by creating world-class offices, residential, and recreational areas. It strives to be a regional business hub and a city with high-quality public spaces and infrastructure that will appeal to both domestic and foreign investors.

The first attempt to establish Colombo’s CBD by building a port city on reclaimed land occurred in the late 1990s when the government appointed a Singaporean company CESMA to study the Colombo Metropolitan Regional Structure Plan. The final plan envisioned a western region “megapolis” by 2030. However, due to the tremendous cost of constructing a breakwater in deep water to safeguard the reclaimed land, the idea could not be implemented. The study concluded that a port city would become financially feasible if and when a breakwater was integrated with the Colombo Port Expansion Project.

In April 2011, China Communications Construction Company Ltd. (CCCC), a Chinese state-owned public corporation, submitted an unsolicited proposal to the Sri Lanka Ports Authority (SLPA), a statutory corporation established by the Sri Lanka Ports Authority Act 1 to oversee, among other things, Sri Lanka’s ports and declared port areas. The CCCC’s objective was to turn Colombo into one of the region’s most important marine and logistics centers, as well as to modify the landscape of Sri Lanka’s main trade routes. The CCCC was thus connected with one of Sri Lanka’s strategic goals: to promote the city as a regional and global center.

The project was supposed to start in March 2011, but it was halted due to a number of factors. The Sri Lankan Ports Authority then stated in mid-2012 that work on the then-Colombo Port City project will begin in 2014, with an estimated budget of $15 billion. A total of 125 hectares of land were granted to the government, with the remaining 88 hectares to be leased to a Chinese business for 99 years. The Chinese corporation was supposed to get a freehold on 20 hectares. Former Sri Lankan President Mahinda Rajapaksa and Chinese President Xi Jinping then jointly inaugurated the Colombo Port City project on Sept. 17, 2014.

However, in 2015 after the fall of the Rajapaksa Government, the project was suspended by the new government, citing allegations of corruption against the Rajapaksa administration, and the absence of a feasibility study before the contract was awarded. Opposition parliamentarians and politicians criticized the project, claiming that the previous government allowed the creation of a sovereign Chinese province in Sri Lanka, endangering the country’s territorial sovereignty and independence.

During the months of June 2015 to February 2016, extensive negotiations between the Project Company and a high-level committee, and the Cabinet of Ministers resulted in the resumption of the Colombo Port City Project. The project is now known as the ‘Colombo International Financial City.‘ OnAug. 12, 2016, a Tripartite Agreement was signed by the Sri Lankan government, its Urban Development Authority (UDA), and the Chinese firm CHEC Port City Colombo Pvt. Ltd.

Sri Lankan Parliament on May 20, 2021, ​approved the Colombo Port City Economic Commission Bill, which officially declares 269 hectares of land reclaimed from the ocean and annexed to the city of Colombo as the country’s first special economic zone (SEZ) for service-oriented industries. Under the legislation, a commission chosen by the President will govern the SEZ, which will allow firms to operate in any recognized foreign currency within the port city.

The bill was passed after the Supreme Court of Sri Lanka received over a dozen petitions by political oppositions and civil society claiming that the bill has a direct impact on the country’s sovereignty. On May 25, the Supreme Court issued a ruling, stating that the bill may be enacted with a simple majority if essential clauses were changed to conform to the country’s constitution. As per the Supreme Court’s decision, the Rajapaksa government approved the revisions, eliminating the need for a two-thirds majority or a referendum to pass key sections.

The Port City project, according to Prime Minister Mahinda Rajapaksa, will create 200,000 jobs in the first five years, with the majority going to Sri Lankans.

Due to Sri Lanka’s strategic location in the Indian Ocean, just below the tip of India, situated between Southeast Asia and the Middle East, Africa, and Europe, international powers such as the United States, China, and India always have an interest in Sri Lankan ports. The competing interests over Sri Lanka’s coast highlight the island’s strategic location, particularly in terms of global trade.

The Port City is considered a potential Chinese colony and a security threat to India and the Indian Ocean region. Both India and the United States have expressed alarm over the Chinese project, both directly and indirectly. Port City, being a key contributor in China’s Belt and Road Initiative (BRI) has alarmed China’s rivals. China already controls and majorly owns the Hambantota port in Sri Lanka, and more Chinese-controlled land in Sri Lanka remains a major security threat to Sri Lanka’s nearest neighbor India.

India and Japan made their best effort to gain ownership of ECT, the deepest terminal in Colombo port. However, the Sri Lankan government scrapped the deal claiming intense pressure from labor unions affiliated with the ruling SLPP.

Considering the country’s inability to borrow money from the United States, India, Japan, or European Union countries, some Sri Lankan politicians see a tight relationship with China as a wonderful chance. Doing business with China is easier, hence a better choice for Sri Lanka.

As a result, Sri Lanka’s strategic location is essential for China’s BRI and for Sri Lanka at this moment, and this development is worsening the Cold War between the US and China, with a visible Sri Lankan bandwagoning with the latter.

Potential risks and concerns with the project

For business investments, The Port City project offers risks as well as opportunities. As the city is visioned to be an alternative to Singapore and Dubai, there is a scope for investors from property developers to hotel chains, logistics companies, and service providers to arrive as the working population will need services like restaurants, bars and gyms. However, many multinational corporations are wary of BRI investment. It has a negative reputation due to some countries accruing unpayable loans, corruption scandals, mistrust of local employment chances, and project over-reliance on Chinese expertise and supply chains. Investors may realize that they are dealing with Chinese state-owned enterprises rather than a local entity because Chinese state-owned companies have dominated the ambitious project.

Environmental risks are another big concern. Prior to the project’s clearance, the Rajapaksa administration did not conduct a complete Environmental Impact Assessment (EIA). Activists have been stressing the project’s major environmental consequences, particularly in terms of enormous granite extraction and land reclamation. On a larger scale, reclamation and extraction are destabilizing the ecology of the region, leading to increasing natural disasters in sensitive areas. The digging of sand from the ocean bed is also causing harm to the marine life and a decline in fish population.

The revived Colombo port project highlights the port’s economic importance to Sri Lanka, ushering in a new era in Sri Lanka-China relations. Despite repeated protests from environmental groups, the project is moving forward. China’s investment outreach to regional countries through schemes such as the Maritime Silk Road is a major security concerns for India and other major powers. As a result, nations must be proactive in their responses to the foreseeable and unforeseeable challenges that will hit the new piece of land. 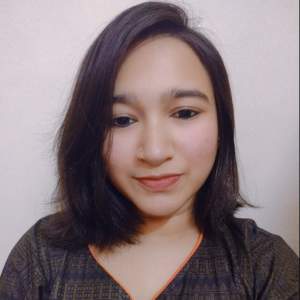 The Importance of Soft Power in Punjab-Punjab Ties