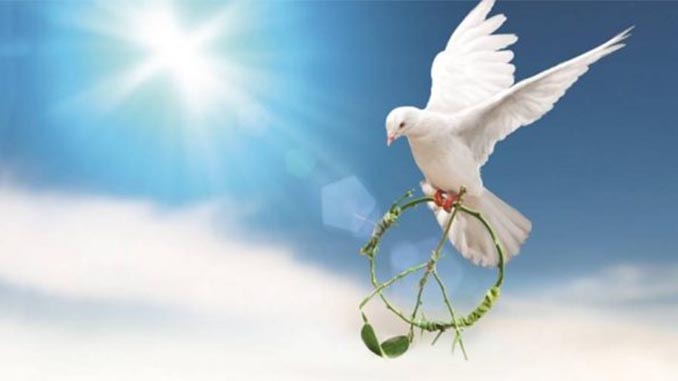 Conflicts have become a norm in the entire world.  Although small conflicts may be ignored, yet leaving them unresolved can and does lead to major wars. As a result, death, desperation and destruction steal the show. The survival of the fittest becomes the order of the day: “the strong do what they can and the weak suffer what they must”

Interestingly, the conflicts are expected to bring peace. Can conflicts pave way for peace? Perhaps not, because the task is not easy and successful conflict resolution demands the exercising of political consensus and dialogue with all the parties to the conflict.

Globalization has brought countries closer together. There are economic, social, cultural and political relations at the global level. Moreover, an individual, a group and a country seek wealth and power at the cost of the others’ loss and pain. Such a state of affairs has always complicated the peacemaking efforts.

Millions of people move across countries and continents for work, business, education and leisure.  However, there are no widely shared collective values and norms that harmonize interpersonal and inter-community relations and reduce tensions, competition and violent conflict.

The tragedy is- human relationships with economy, social structure, culture and politics have become conflict-ridden. No effective and efficient global institution has come up to partially or fully addresses the worsening relationships. The UN apparently has become a paper tiger because it is not able to control the behavior of its member states. So, conflicts and violence have prevailed, leaving millions of people dead, injured, homeless and refugees.

For a long time, we have seen marvelous economic growth in many countries but the overall result has been a greater concentration of wealth in the hands of a few countries. The people with capital and technology travel the world for opportunities to make more money.

On the other hand, more and more people under increasing economic and social pressure are migrating across national borders to find lucrative jobs in order to meet the basic needs of their families. Migrants are facing exploitation and violation of their rights.

The strengthening of economic, political, cultural and human contacts in the whole world have not decreased tensions, misunderstandings, and conflict among people but have only increased them. Yes, increased human contacts are important but they have pushed things from bad to worse. The reasons are economic pressures and a desire to earn as much as possible through shortcut methods.

Liberal democratic social setups have identified the new possibilities for adopting collective solutions to big problems created by recent developments. At the same time, the same problems have created popular movements that do not see that greater cooperation among communities and countries.

Nationalist or sectarian political movements and violent ethnoreligious campaigns in different parts of the world seem to be in no mood to have a world where diverse human societies cooperate to share the resources in a manner to satisfy different human needs.

So today, the political battle in many countries is among those who advocate global cooperation based on universal human values and democratic principles on the one hand and populist demagogues who mobilize disgruntled marginalized populations based on nationalist rhetoric and divisions in society on the other hand.

While the former argue for the creation of an equitable, harmonious and just world order, the latter are determined to create inward-looking, nationalist political regimes that are more than likely to generate conflicts both within and outside their national borders.

Today, the leaders of most of the countries have agreed to work together to follow several global agreements on sustainable development and climate change together with global institutions and civil society organizations.

In view of the inter-dependent nature of the world today, there is a dire need of working towards a just, equitable, harmonious and sustainable global socio-economic order rather than enter into a period of inter-state conflict over natural resources, jobs and markets.

The emergent global consensus on sustainable development and climate change is encouraging .This consensus has come up because of scientific work done by both natural and social scientists in many parts of the world. However, there are large groups of people that can be mobilized by populist politicians to support or establish highly divisive nationalist regimes which seemingly offer surprising solutions to complex issues.

Meanwhile, the new US president Donald J. Trump has made a dramatic shift in US policy towards the word, in particular, to the Muslim world. He seems to have given a strong message to Muslims that they are enemies of America. This bears resemblance to Adolf Hitler’s attitude towards the Jews whom he considered as the enemies of Germany. Hitler’s actions created the conditions for the outbreak of World War II.

Trump’s ‘America first’ policy may create a new world order. That together with the fierce fight for resources at the global level may lead to more conflicts and wars. The end result will be a social order which is devoid of justice, harmony and lasting peace.

Need is that the international community adopts an unbiased and apolitical approach towards the fierce conflicts going on in various parts of the world, understands their root causes and makes sincere efforts to resolve them. The key to peacemaking is doing justice, not doing violence. The world has lost enough lives and resources through conflict, war and violence. It is time to act peacefully to have peace. It is time to live and let live.