Vladimir Putin and the Russian Federation have featured heavily in the American news media for a variety of reasons – whether this be the Kremlin’s actions in Syria, Russia’s potential interference in the 2016 presidential election, or the Kremlin’s increasingly aggressive actions in Eastern Europe. Putin’s decisions and the actions of the Kremlin should not, however, be surprising to observers. The renegotiation of Russia’s borders by force, its support of historic allies, and its meddling with what it views as an opponent are not surprising, nor are they breaks with past Russian policies. They are portrayed as such, though, by those who contrast the present behavior of Russia under Putin with that of Russia under Yeltsin in the 1990s. But in examining Russia’s behavior, it becomes clear that the 1990s represent a clearer break not only with the Kremlin’s behavior but with that of states in the midst of collapse writ large.

The breakup of the USSR by most measures should have been a drawn out, bloody affair. By the time of the failed August Coup against Gorbachev in 1991, the violent breakup of the former Yugoslavia was wellunderway. With political instability growing August to December in the USSR, it was difficult not to draw comparisons between the fracturing communist states. President George HW Bush was warned that the situation in the Soviet Union could quickly dissolve into a crisis like Yugoslavia but with nuclear weapons.[1]

On December 8, 1991, Yeltsin called President Bush from a hunting lodge in Belarus to explain a new plan for a commonwealth of states. Attempting to assuage fears of potential chaos in Soviet space, he read the text of Article 6 aloud to ‘Dear George,’which declared that the commonwealth would keep a united command over military and strategic space and maintain single control over nuclear weapons.This, however, did not materialize. Ukraine’s leader, Leonid Kravchuk, feared such a union, asserting that if Ukraine were forced to join, it would result in a “Yugoslavia-type script.” By 1992, some Ukrainians had branded the Commonwealth of Independent States as the successor to the ‘evil empire,’ and Ukraine never ratified the union treaty.[2]

Ukraine declared its independence in August 1991, and Ukrainian leaders spent the 1990s in search of security guarantees of Ukrainian territorial integrity. The Budapest Memorandums (1994) and the Treaty on Friendship, Cooperation, and Partnership between Ukraine and the Russian Federation (1997)recognized the territorial integrity of Ukraine, and Ukraine surrendered the world’s third largest nuclear arsenal in order to receive these assurances from both Russia and the United States.

The search for support of its territorial integrity was warranted. In the same month Ukraine declared independence, Yeltsin’s press secretary made territorial claims against Ukraine. Additionally, ethnic Russians dominated Ukraine’s Eastern provinces, an ethnic divide that quickly gained lasting political salience in Ukrainian elections.[3]Vladimir Lukin, former Russian Ambassador to the US, threatened to use the Black Sea Fleet to pressure Ukraine into following the Russian line. In 2005, Komsomol Pravda reported that Ukraine should only have cheap gas if it surrendered Crimea to Russia; in 2006, it warned that the Kremlin had two weeks to abandon its 1997 treaty with Ukraine and retake Crimea.[4]These claims were made despite the fact that the Partition Treaty (1997) between Russia and Ukraine guaranteed Russian access to bases in Sevastopol until 2017. This treaty also guaranteed that Crimea was legally a sovereign part of Ukraine.In 2010, Yanukovych and Putin negotiated a 30% decrease in natural gas prices in exchange for extending the Russian lease on Sevastopol until 2042. 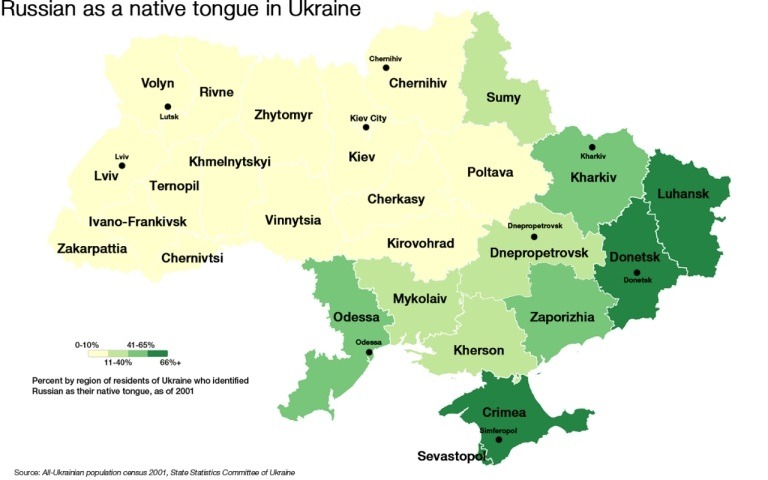 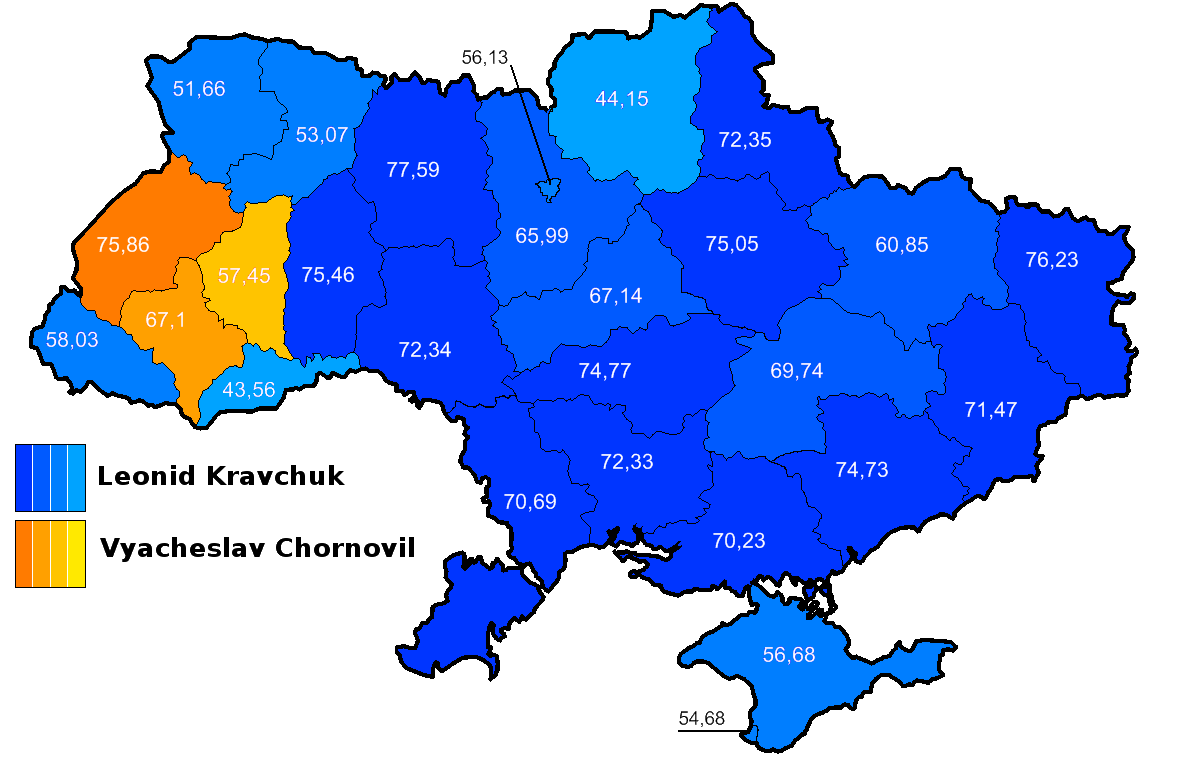 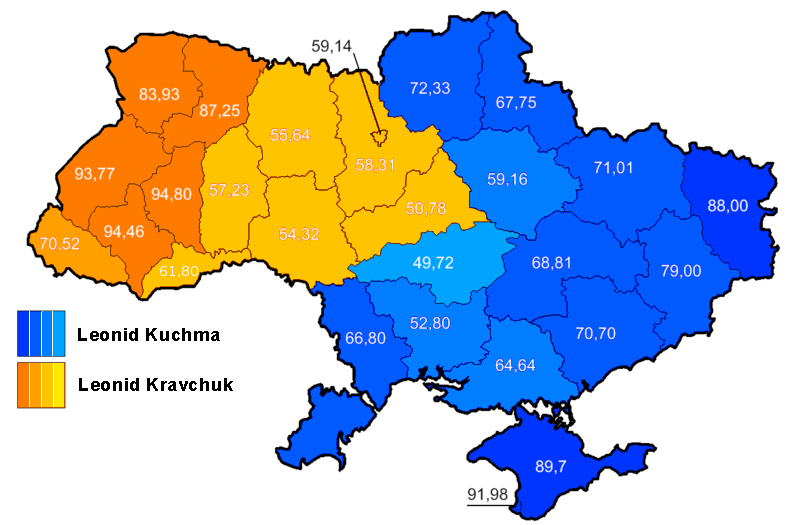 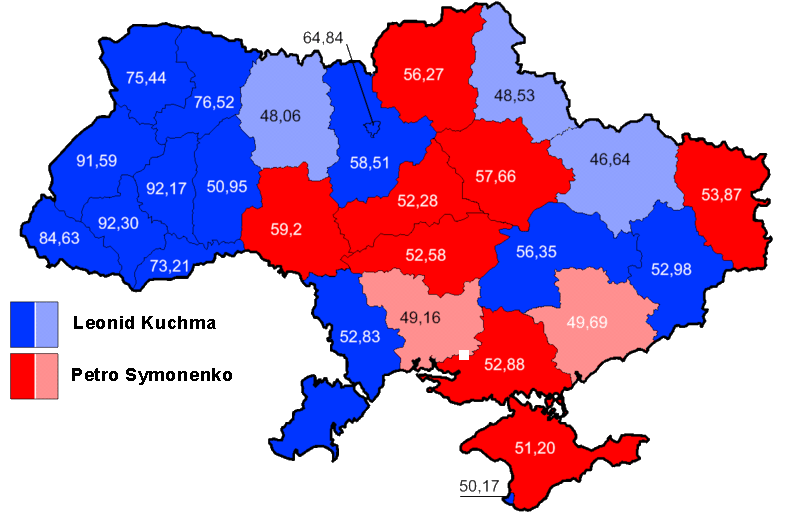 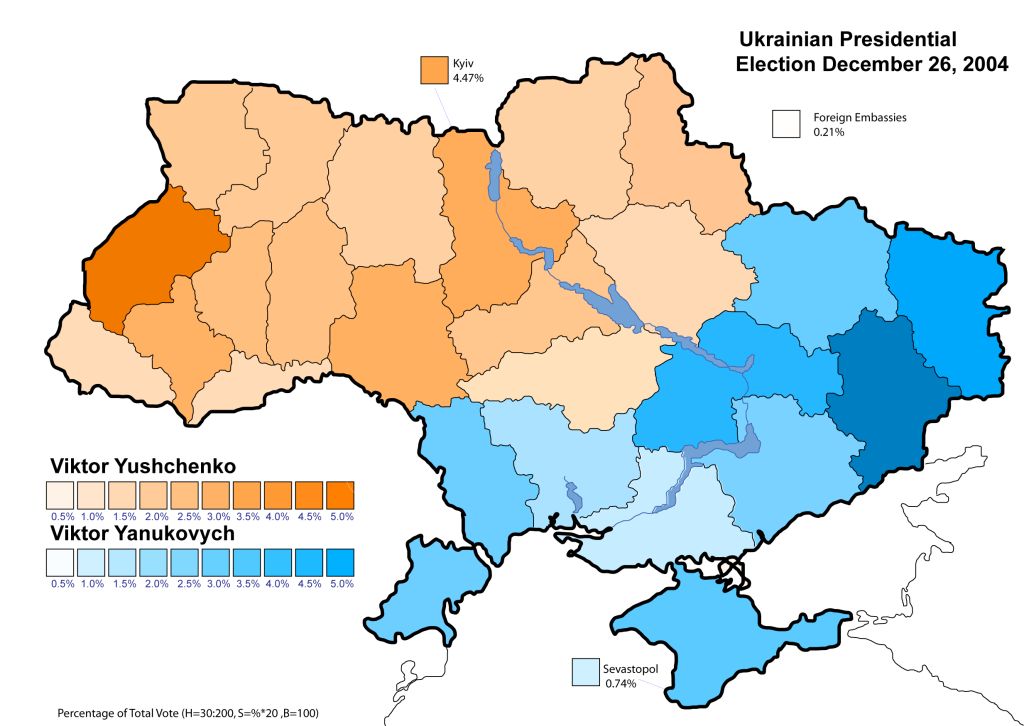 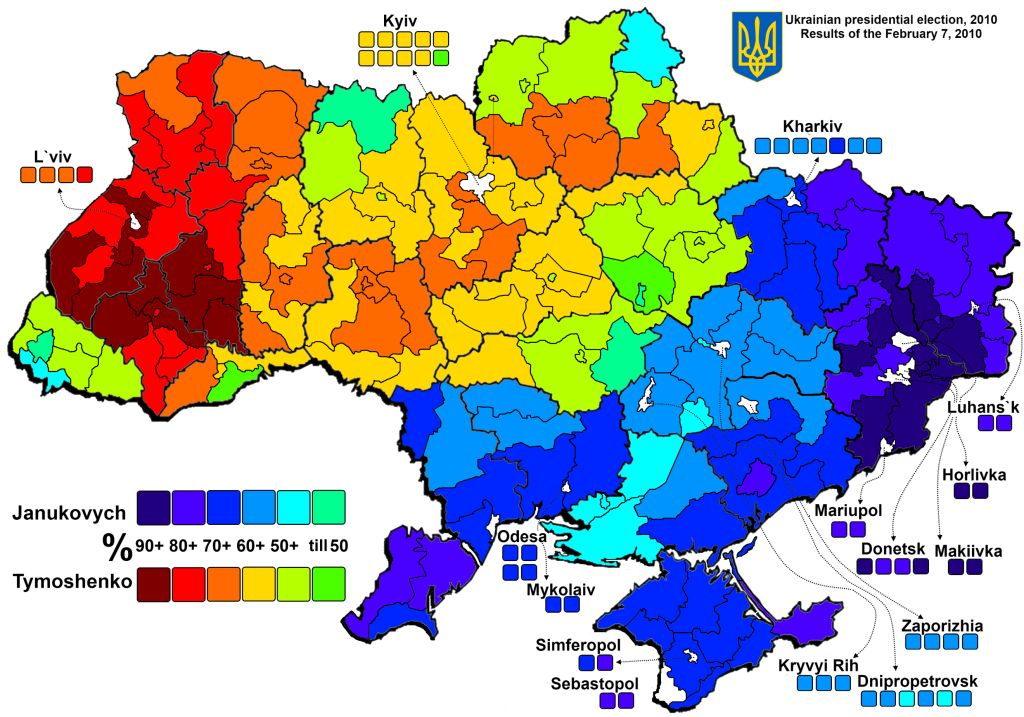 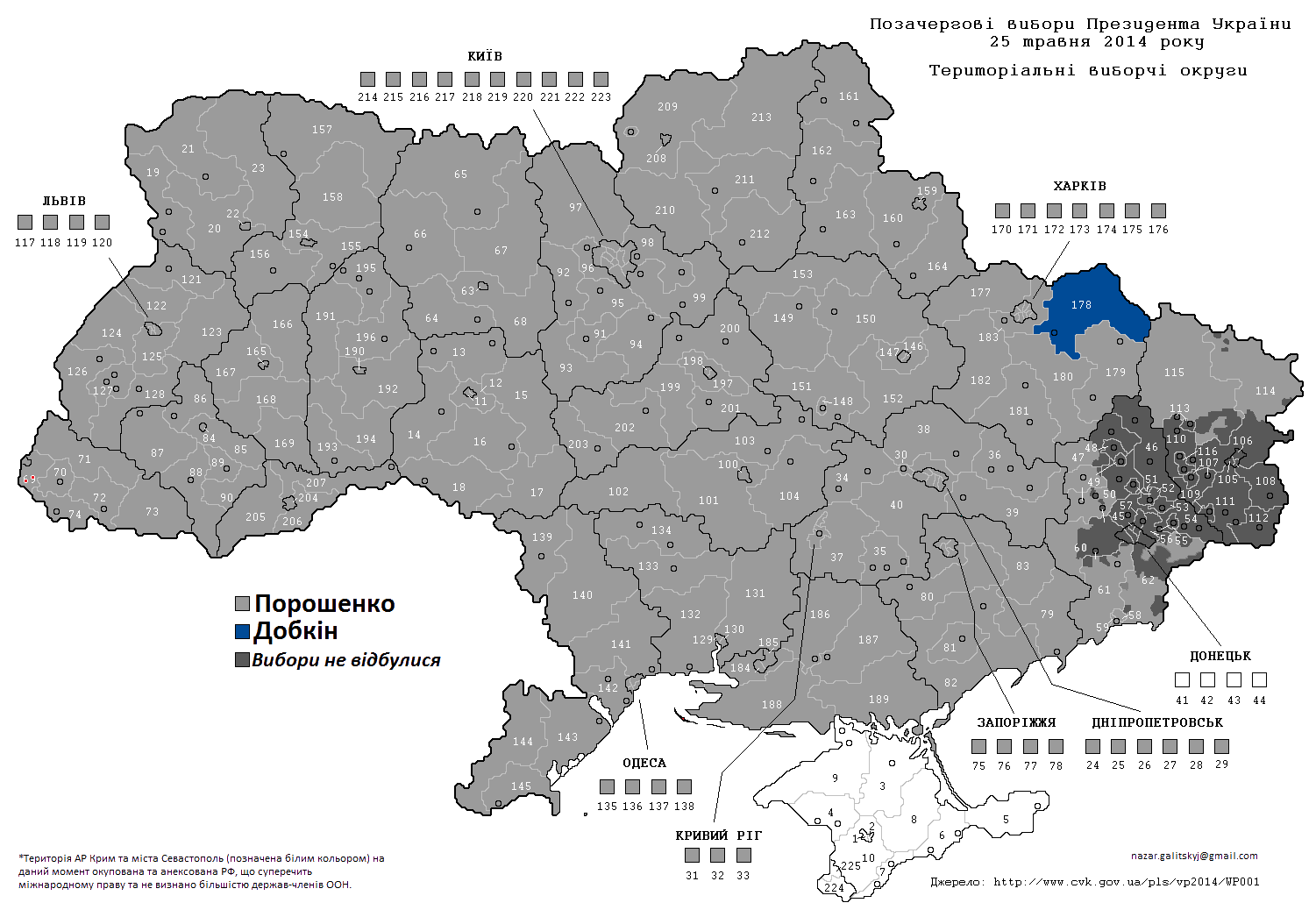 Despite this extension, the Russian Federation annexed the Crimean peninsula in 2014. Separatist movements, with the aid of Russian forces, broke out in Donetsk and Luhansk, the two provinces with the greatest proportion of native Russian speakers sans Crimea. This should not have been a surprise: these problems had been brewing between Ukraine and Russia for a significant time, and the Kremlin’s desire for continued access to Sevastopol and its support of ethnic Russian communities are well documented. Additionally, its military support for breakaway states was known. This was an escalation of preexisting Russian policies.

In 1991, 14 of the 15 Soviet Republics had tactical nuclear weapons,[5]the soviet economy was faltering, and the state was fracturing. Afterwards, the Russian economy did not fare much better until the 2000s.[6] Yeltsin, acutely aware of the US and of American fears of a violent collapse, did not follow the Yugoslavia script. Ukraine never joined CIS as a full member-state, and though he never annexed Crimea, treaties maintained Russian access to Sevastopol. When this access was threatened, the Russian Federation forcibly retook the peninsula. The Kremlin continues to support separatists in the Donbas, a conflict that continues to see casualties. Russian officials continually threatened Ukraine’s territorial integrity, despite the numerous treaties between the two. While Ukraine may no longer have nuclear weapons, the borders of the former Soviet Republics are still very much being negotiated, via violent conflict. Fears of being “another Yugoslavia” and Russia’s own internal problems may have prevented the outbreak of violence between Russia and Ukraine in 1991, but it left these border disputes fester, unaddressed for decades.