It is not clear when the North Korean regime will collapse. Predictions of the North Korean regime collapse have thus far did not come true. However, crippling sanctions are taking their tolls on Kim regime. For a long time, politicians, policy specialists, and analysts were predicting the imminent implosion of the North Korean dynasty. Some have even gone thus far to say that inner pressures have been close to the point at which a popular rebellion may arise. Nevertheless, successive members of the Kim dynasty have defied the crises and predictions to cling on to the throne.

The regime has demonstrated considerable resilience over the past six decades. May people thought North Korea would collapse after the disintegration of the Soviet Union, as the USSR was a major sponsor of Pyongyang. North Korea is still in pretty good shape despite mounting and crippling economic sanctions by the UN security council. It would be difficult to destabilize the repressive regime internally as the regime faces no political opposition in its domestic politics. There is no existence of political parties or factions, so the internal resistance of the Kim regime is nearly impossible. Most of the people of North Korea are loyal to the government, as they have historically been indoctrinated by the regime. In case of a foreign invasion, general people will likely side with the regime. It is true that the North’s economic condition is very bad. An interesting fact is that it has endured famines several times, as a result, millions of people had died in the past but the regime did not collapse. The ruling class does not care about whether general public live or die.

Only China can destabilize the regime as it is the sole source of Pyongyang’s food, energy and other necessary commodities. So far, China will not destabilize the Kim dynasty because North Korea acts as a buffer state between China and US forces in South Korea. That means China needs North Korea for geopolitical reasons. So it is unlikely that North Korean regime will collapse soon. 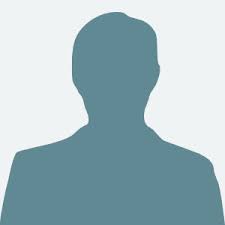