Even if moves to reinstate the policy introduced by Barack Obama in 2014 to normalize U.S.-Cuban relations are expected, the truth is that the Biden administration is not likely to soon return to the U.S.-Cuba bilateral commercial, economic, and political landscape that existed prior to Jan. 20, 2017. If only the Republic of Cuba were to exit Venezuela, the Biden Administration would have a relatively free rein to make changes to Trump administration decisions relating to the Republic of Cuba. Any relief for Cuba should be linked to open economic activity for citizens, tolerance for political dissent, and no restrictions on access to information. Thus, an imminent resumption of Obama’s opening to Cuba does not seem probable.

Thomas Wright, senior fellow at at the Brookings Institution, stressed that Biden’s worldview is broad enough to be compatible with the restorationist and reformist schools of thought. Several Biden advisers, in particular Jake Sullivan and Tony Blinken, made a special effort to engage progressives from the Elizabeth Warren and Bernie Sanders campaigns after the primary. It is important to highlight that U.S. progressives believe foreign policy should primarily serve domestic economic and political goals. They are skeptical of high defense spending and want to demilitarize U.S. foreign policy, even if they are also alarmed by the rise of autocracy globally and want to push back against it. There is hope that Biden will bring the United States back to the Paris Climate Change Accords, and the U.S.-Iran Nuclear Agreement.

Biden made direct appeals to Cubans and Venezuelans during campaign, many of whom live in South Florida after fleeing their countries. “We have to vote for a new Cuba policy as well (…) Trump is the worst possible standard-bearer for democracy in places like Cuba, Venezuela, North Korea. Cuba is no closer to freedom and democracy today than it was four years ago. Trump loves to talk tough, but he doesn’t care about the Cuban and Venezuelan people. He won’t even grant Temporary Protected Status to Venezuelans fleeing the oppressive Maduro regime. I will, but we have to vote.”, he said.

According to the U.S.-Cuba Trade and Economic Council, based in New York City, the Biden administration will gravitate and navigate an international policy framed by the center-right rather than the center-left, despite expectations to the contrary. For any cooperation, Cuba may require from the U.S. and Venezuela a multi-year glidepath for decreasing the level of subsidies provided by Venezuela. One proposal includes a 25% annual reduction of subsidies which would end in 2024 when transactions would become market-based. On recognizing Juan Guaidó and U.S. policy towards Venezuela, Senator Murphy said: “our policy has been misguided by fundamentally flawed assumptions from the beginning… but we just have to be clear that our Venezuela policy over the last year and a half has been an unmitigated disaster (…) All it did was harden Russia and Cuba’s play in Venezuela and allow Maduro to paint Guaidó as an American patsy”.

It should be taken into account that the United States was not able to get all its allies to support and recognize Venezuelan Guaidó. Numerous states still recognize Nicolás Maduro as president, as shown by Venezuela’s election to a seat on the UN Human Rights Council in a vote held on Oct. 17, 2019.

It has been portrayed that Venezuela is considered a clear and present danger both to the United States, and to its neighbors as well. Back in August 2020, U.S. Senators almost universally endorsed more sanctions and more harsh punishments for companies and countries that trade with Venezuela, even while bemoaning that 5 million Venezuelans have been forced to flee their country on account of starvation and poverty.

David Lee, owner and founder of Cultural Cuba, is very optimistic that a Biden administration will ease travel restrictions. He expects these changes to occur in the second half of 2021. The Biden administration will presumably authorize regularly-scheduled commercial flights to cities other than to Havana, even if is not going to resume the operation of cruise lines, renew the license for hotel management contracts, and eliminate the Cuba Restricted List.

Allies of the two political sides should pressurize them to overcome their reluctance and return to the negotiating table. U.S. policymakers have realized that both the Cuban and Venezuelan governments were more resilient than they thought. Maybe it is time to scrap the ‘maximum pressure’ policy for a much more flexible and smart approach. The U.S. government needs to reject collective punishment and it has to give up on the fantasy of bringing down the government, and perhaps then some progress towards a democratic transition might be made.

There is a two-decade-long history of the United States government missing opportunities in the South American country, once the richest and most prosperous nation in the region. And what’s even worse: there is a nearly seven-decade-long history of the United States failed foreign policy on Cuba. The Biden administration may find an opportunity for leverage by maintaining or changing existing restrictions upon remittances ($1,000 per quarter versus unlimited during the Obama administration) sent to the Republic of Cuba. The U.S. policymakers should encourage Nicolás Maduro and his inner circle to get behind a plan for a negotiated transition in Venezuela. Until now, very few incentives for doing so have existed.

While this political power struggle unfolds, one of the major underlying concerns for the Venezuelan people is the dramatic ongoing crisis. The Biden administration got the chance to build confidence in the United States across the Americas. Rarely do things go as planned in revolutionary situations and holding back and waiting can sometimes make the difference between success and failure. What happens next in Colombia, Brazil and Perú will be a key factor in determining the direction and strength of the region’s political wave and trends.

The more the U.S. keeps failing on promoting a peaceful and democratic transition in Venezuela, the more its foes advance in Latin America. Venezuela has just resumed direct shipments of oil to China after U.S. sanctions sent the trade underground for more than a year. Both China and Russia keep an eye on Latin America and have become Venezuela’s lifesavers . U.S. Senator Murphy said that Americans could have spent more time trying to talk to or neutralize China and Russia before they recognized Guaidó. In his own words, all Americans did was play all their cards on day one. Biden and Harris now have an opportunity to provide new foreign policy leadership towards Latin and South America, and the Caribbean. What’s next now? 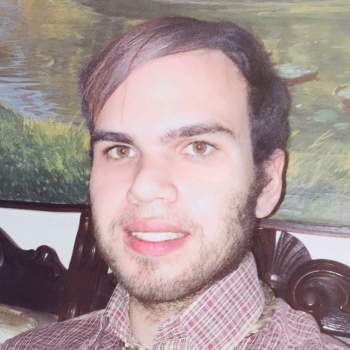 Vicente Quintero is a Venezuelan social scientist and author of the book ‘El Tercer Reich en Venezuela’. He holds a Bachelor’s degree in Liberal Studies from the Universidad Metropolitana of Caracas (Political Science, Economy, History and Philosophy) and decided to focus his dissertation research on the national security policy of Russia (Government and Public Policy) at the Central University of Venezuela.