Naïve is becoming something of a buzzword for European leaders to describe why it is only now that they can see there might be problems with China’s rise to superpower status. French President Emmanuel Macron claimed last year that the end of European naivety about China had arrived, though EU foreign policy chief Josep Borrell has asserted in recent months that naivety was over this year.

The timing does matter. Beijing’s response to the COVID-19 pandemic is clearly the reason if one believes, like Borrell, that naivety ended this year, while Beijing’s stubbornness to reform its economy practices at the same time as trying to buy out Europe’s strategic firms is the reason if naivety ended last year, Macron’s view.

In either case, claiming an end of naivety really doesn’t move the thought process along much further. It would have been more honest if, instead of “naivety”, Macron and Borrell had come out and said that in the past European leaders were self-serving, focused only on how they could enrich their countries from relations with Beijing and cared little about what happened within China’s borders. That’s closer to the truth – and saying so would send a signal to those European leaders who still only view Europe-China relations through an economic prism.

More to the point, an end of naivety doesn’t even imply a policy shift; after all, one can carry on regardless with the same policy even when understanding why it doesn’t work.  In similar fashion, a big deal was made last year when the EU branded China as a “cooperation partner” and a “systemic rival.” Yet, this wasn’t a policy outline, less so a concise view of how Europe will actually respond to China’s rise. Instead, it was a mere description of an axis that already existed and upon which policies can be plotted anywhere between the two extremes. On trade Europe can steer more towards partnership than rivalry, yet on human rights more towards rival than ally, for instance. But simply stating that an axis exists doesn’t move the discussion along further.

Since March at least, there has increasingly been a sense that Europe has to do something fundamentally different in its relations with China. The question, though, is “do what?” As Former British Prime Minister Tony Blair asserted this month, “it is in the interests of no one that China is anything other than stable and prosperous.” Yet, would it be enough for European capitals if Beijing promises to open up its markets to European firms more than it currently? Or does Europe want Beijing to end its human rights violations, such as those against the Muslim Uighur population in Xinjiang province? Does it want to now restore territorial rights and protect international law, such as regarding political autonomy for Hong Kong and China’s territory expansion in the South China Sea? Almost unspoken is the question of whether Europe wants a China that can be trusted on the world stage, even if it remains a “systemic rival”, or does it prefer regime change in Beijing?

The Singaporean intellectual Kishore Mahbubani in his latest book, Has China Won?, writes that after a discussion with Henry Kissinger, he came to the realization that America’s “biggest strategic mistake” was to plunge headfirst into a contest with China “without first working out a comprehensive long-term strategy.” Compared to how Washington entered the First Cold War (if today’s is the Second) with some level of theory and framework in mind, Mahbubani is spot on.

If true for America, it is bitingly obvious for Europe. Yet, it’s unlikely that European leaders or the EU will be able to agree to any long-term consensus on China for several years, if at all. For now, that means Europe will continue to engage in ad-hoc and largely defensive measures.

This isn’t necessarily a wrong move. In fact, as François Godement, a senior advisor for Asia at the Institut Montaigne in Paris, noted in a report last month, the EU has been mostly effective when setting up “defensive economic policies.” The speed at which the EU and member states have legislated investment screening mechanisms to prevent outside (Chinese) takeovers of strategic European firms have been impressive, while the shift in understanding that Chinese investment and buyouts come with profound downsides has consolidated in the last two years.

But, Godement writes, Europe has largely failed when it comes to making China change its policies – an offensive policy. The Economist recently concurred, reasoning that no European action is likely to convince Beijing to change course. There may be some truth to this, for now. The UK’s offer of residency to almost three million Hong Kongers did nothing to forestall Beijing’s imposition of a national security law over the once autonomous city-state, after all. Though, a more aggressive and punitive threat before this event from a collective of European states might have produced an alternative outcome.

Moreover, Beijing hasn’t budged one bit as the EU and U.S. have exerted an enormous effort to persuade Beijing to change its protective and unequal economic policy, while Beijing’s aggressive tactics in the South China Sea have only increased, despite Western pressure.

However, if Europe rests solely on defensive policies, chiefly limiting how China’s rise affects the region’s economies and businesses, European governments risk admitting to having zero influence on how Beijing’s rise affects other parts of the world. This wouldn’t chime with the EU’s self-purported role in protecting global democracy, human rights and the environment.

They’ll also risk drifting slowly towards isolationism, with Europe-China interactions only taking place within the European continent. Indeed, there is only a short road between “strategic autonomy” – which some European leaders, namely Marcon, are calling for – and a strategic retreat from global affairs.

As with the policy of Charles De Gaulle, Macron’s foreign affairs hero, after the Second World War, the direction France wants to steer EU policy is towards a cumbersome and almost impossible position as both a neutral mediator between the U.S. and China and an autonomous actor. Contingent in this is that autonomy is needed, since Europe can no longer trust the United States and must cut the transatlantic strings so that it can embark on its own, independent relationship with China.

That, for many analysts, is just as much a folly as past European beliefs that China would naturally reform itself into a democratic state if only Europeans traded more regularly with it. Perhaps next year we will hear European leaders express their “naivety” about trying to create an autonomous position for themselves separate from the United States. 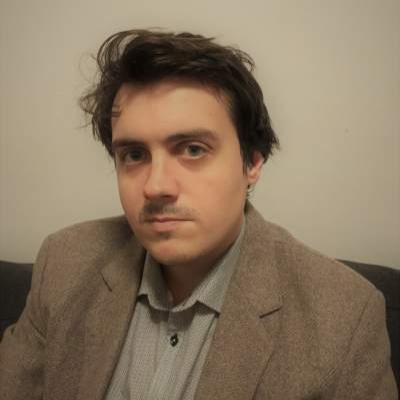 David Hutt is a political journalist based between the Czech Republic and UK, covering Europe-Asia relations and Central European politics. He is contributing editor at The Geopolitics. He is also a columnist at the Diplomat and Asia Times, and a regular contributor to Foreign Policy, Nikkei Asian Review, Euronews, and others.