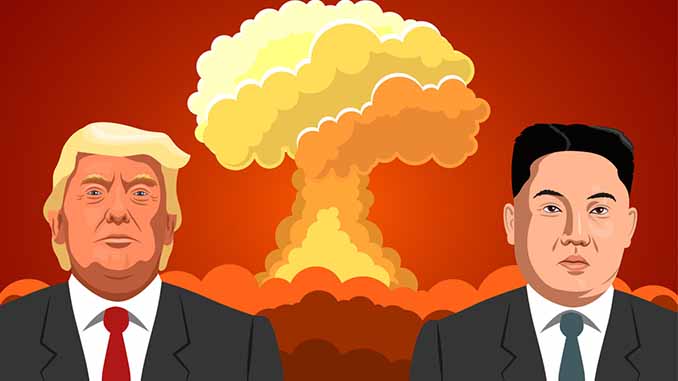 The tension between the USA and North Korea is assuming alarming features with each passing day. With the North unbothered by the US President Donald Trump’s warnings, the situation is setting the stage for a confrontation between the two countries. Meanwhile, Trump seems to be exhausting all options, except for war, to make the North toe the line. The US-North Korea nuclear standoff is a major feature of the geopolitical landscape of East Asia.

Consequently, the threat of a nuclear war looms large across the globe. Miscalculations by nuclear-armed countries may make a nuclear war go global. That will have a catastrophic consequence for the entire world.

Interestingly, it is an established fact that the defenselessness of the non- nuclear nations and overkill capacity of the nuclear-armed countries have been the two tragic but true realities of the international relations. Because of defenselessness, the non-nuclear powers became helpless and found it difficult to secure their interests and protect their people from the nuclear threat posed by the nuclear powers, whose overkill capacity induced a sense of fear among the small and weak states.

In response, the non- nuclear states have developed their own nuclear weapons to become powerful and influential. They pose a serious threat to their opponents. A  recent example is North Korea. It has reportedly got dozens of nuclear weapons.

Despite global anger, condemnation and UN sanctions ( aimed at damaging the North’s economy), North Korea continues to test fire nuclear weapons to defend itself. This poor East Asian country claims to have tested six nuclear weapons to date,  the most alarming one is a ‘hydrogen bomb’ which has been tested recently. Many experts from all over the globe believe that North Korea’s ballistic missiles can reach the continental United States. 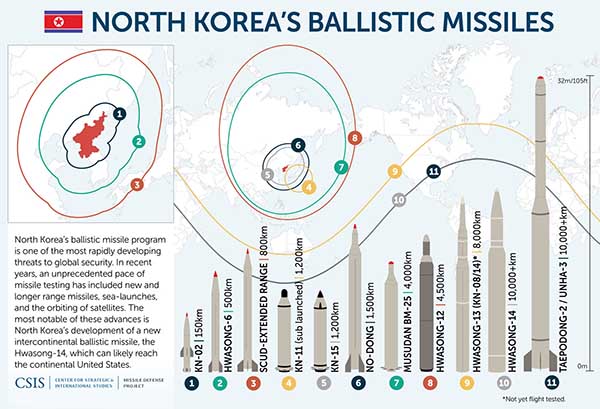 Using its global influence and taking the full advantage of its superpower status, the US seems to have adopted ‘the boss is always right attitude’ by urging North Korea to stop its nuclear weapons programme but the United States itself proudly possesses such weapons. Since the North is continuously pursuing nuclear and ballistic missile programs, the US has imposed tougher economic sanctions through the United Nations Security Council. It is also threatening to handle North Korea militarily. Moreover, America has approached China to put pressure on North Korea to halt its nuclear programme.

Although China along with Russia has offered a two-point solution- the US will stop military exercises with South Korea and North Korea will freeze its nuclear program. Beijing and Moscow have always emphasized on dialogue to defuse tensions and to ease and end the crisis. Recently, China has complied with the US to take further actions against North Korea. “Given the developments on Korean peninsula, China agrees that the UN Security Council should make a further response and take necessary measures,” said Chinese Foreign Minister Wang Yi last year. China is one of the six most powerful countries and the only Asian nation with a veto power at the UN. Why does not it take a firm stand against the US, instead of calling for action against North Korea?

There is a consensus that nuclear weapons can cause widespread destruction, threaten world peace and stability. So, it should not be made at the cost of public welfare and prosperity. This norm should apply to every nation- large or small, powerful or weak. Nuclear weapons are a threat to the world peace and security. We witnessed this in the 20th century. The US detonated a 15 kiloton nuclear bomb on Hiroshima of Japan in 1945. By the way, Japan is a next door neighbor to North Korea and is a key ally of America along with South Korea, another close neighbor of the North.

Nuclear programs must be stopped. Weapons of this kind can jeopardize life at the global level and consume a lot of resources and taxpayers’ money. These resources can well be spent for the welfare and prosperity of the people of that country. However, if the very safety and security of that country are in danger, then the leadership prioritizes ‘the safety and security first’ principle. This is what the US does, Russia does, China does and the other countries do.

North Korea maintains that its nuclear weapons are meant to harm no one. They are meant to defend the nation. Defend from what? From the US and its allies (surrounding the North) threat.This official line of North Korea has substance. The US and South Korea conduct military exercises in the Korean peninsula. The US has deployed a sophisticated missile defense system called THAAD (Terminal High Altitude Area Defense System) in South Korea to defend the latter from North Korean missile attack. Considering its security environment, the North feels insecure and therefore, it thinks only defense against its security threats is to acquire nuclear weapons. If the United States feels threatened by the North Korean nuclear capabilities, the same is also true for North Korea.

Quite unbothered, North Korea recently announced that it was seeking military “equilibrium” with the United States as its leader Kim Jong-Un vowed to complete Pyongyang’s nuclear programme. The North successfully test fired a Hwasong-12 intermediate-range ballistic missile over Japan in response to the recent series of UN sanctions over its sixth nuclear test. “Our final goal is to establish the equilibrium of real force with the US and make the US rulers dare not talk about military option for the DPRK,” Kim said, according to the official Korean Central News Agency.

States should focus their attention on nations building, welfare activities and denuclearization instead of developing nuclear weapons and engage in security competition. Moreover, the practice of making allies to polarize a particular region should be stopped.  Instead of threatening military actions or using diplomatic pressure against one another, it is better to create friendly conditions so that no country feels insecure and no one gets an incentive to acquire nuclear weapons. Only that way, we can have a nuclear weapons-free world with North Korea on board.

What if the ‘terror designation’ for North Korea proves inadequate to bring this small country to the negotiation table?. We must not be selective regarding the nuclear weapons disarmament. We must be inclusive. Both North Korea and the US should see reason and adopt a middle way approach to diffuse tensions. Blaming each other may backfire.