In the wake of the COVID-19 pandemic, the wealthiest nations of the world have claimed hundreds of thousands of doses of the most promising vaccines. This kind of move by the developed countries has been observed in the past as well; it is not new. In the recent past in 2009, when the H1N1 virus – Swine Flu – emerged as a deadly killer, the only vaccine developed at the time within the first seven months was subjected to politics due to most countries choosing to produce the vaccine using their own manufacturing facilities, thereby consuming more time that could have been utilized to inoculate their population. Several high-income countries chose to pre-order large batches of the dose, pushing the lower-income countries to the backseat. These wealthy nations promised to donate doses to the low and middle-income countries but did so only after having their own population inoculated; whatever was left, was handed over to the less fortunate.

What are the effects of Vaccine Nationalism?

The director-general of the World Health Organisation, Dr. Tedros Adhanom has described vaccine nationalism as a “catastrophic moral failure”. With regards to the COVID-19 vaccines, data collection shows that the developed countries have accumulated almost 4.2 billion doses whereas the least developed countries (LDCs) have only approximately 670 million doses available to them. This tells us that there is a severe lack of equitable access to proper medication for the same disease which has plagued the entire world. This kind of behavior in the international arena puts those countries with fewer resources and bargaining leverage at a disadvantage.

The LDCs are mainly located in the southern hemisphere of the planet, a region which has historically been prone to multiple disadvantages. Timely access to public health care is deprived by the actions of the developed countries in the north and in most cases, the vaccine doses end up getting allocated to populations in rich nations who face low-moderate risk instead of the populations in poorer countries who face a much higher risk. Although the pharmaceutical industries have taken up contracts to keep producing millions of doses, it still does little to encourage vaccine equity as the higher income ones keep siphoning away the vaccines for themselves, both for inoculation and as back up storage, leading to a massive delay in said doses reaching their poorer counterparts.

Vaccine nationalism is being utilized in another way as well – not too long ago, China took a decision of allowing the entry of foreigners from 20 countries – as long as they get themselves inoculated with Chinese-made vaccines. It is apparent that a country like China, which is already under scrutiny for its increasing assertiveness in the geopolitical scenario, is trying to make strategic gains out of a global crisis, which is to make its position as a global supply chain hub even stronger. In a latest development, the Indian government too, has declared that it will temporarily put a hold on COVID-19 vaccine exports to other countries until its domestic needs are fully met. A number of African countries have received most of their vaccines through either the COVAX scheme which is a part of the efforts made by some heavy-weight international organizations to increase Access to COVID-19 Tools (ACT Accelerator) or via donations by other countries. However, the stocks for these donations and the scheme are filled up only after the donor nations have served their own interests first.

Vaccine nationalism, although not a new concept, has been highlighted the most in the past one year owing to the largest ever economic crisis faced by the world due to the onslaught of COVID-19. Countries have never been more desperate to get out of a crisis as they are now and the poorer nations are facing the brunt of it twice as much – first due to the pandemic itself and now due to the elitist policies of the richer nations. If such me-first attitudes are not controlled then the vaccine production drives will only turn out to be counterproductive to what they seek to achieve and the neutralization of the COVID-19 pandemic will only be prolonged. This crisis needs to be eliminated from every corner of the planet otherwise there will always be a risk of it cascading into a deadlier version of itself with the economic backlash crossing more than $1.2 trillion per year (according to official estimates) – high-income countries are also very likely to get affected if this comes to be, which should provide them with the incentive to not engage in such nationalistic activities and instead focus on achieving a very high rate of vaccine equity. The concept of collective security must prevail in the domain of healthcare as well. 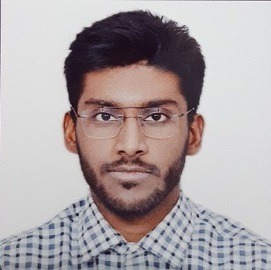 Dibakar De is a fresh MA graduate in International Relations from Amity University and writes about India’s Indo-Pacific strategy and its Act East Policy. His main area of interest is geopolitical risk analysis.

A Closer Look at Amazon: Are Unethical Working Conditions on the Rise?