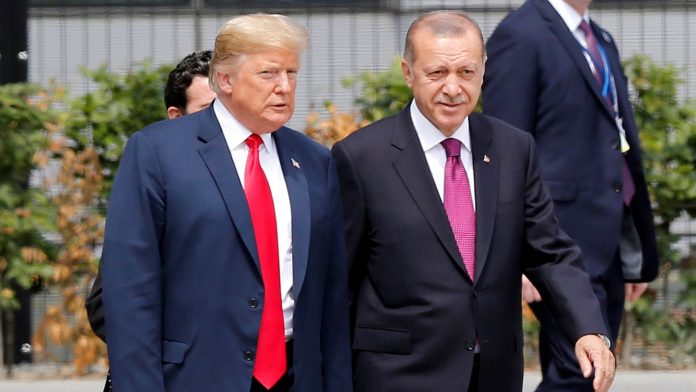 Acting as a strategic partner with Turkey during the Bush administration, the US entered into a new period with the Obama administration of seeking new allies and policies for its Middle East policies – most notably for Syria. Within the frame of the “Leading From Behind” policy of the Obama administration, favouring the YPG (People’s Protection Units), the organic continuation of the PKK (Kurdistan Workers’ Party) terrorist organization, as a regional partner instead of Turkey brought two countries’ relations up to a point where most avenues to their strategic partnership ended. Beyond that, the Broader Middle East and North Africa Initiative, which began during Bush administration, was abandoned by the Obama administration. While traditionally, the US has taken collective actions with Turkey since it had been chosen as a model for the region due to its Muslim democratic identity, the Trump administration has emphasized on Saudi Arabia as a model instead of Turkey.

As a result of the US president Donald Trump’s Middle East tour in May 2017, a Sunni bloc was formed with Gulf countries under the leadership of Saudi Arabia. Accordingly, the Trump administration based its new Middle East policy on this Sunni Bloc under Saudi leadership. As such, the US adopted the policy of weakening and suppressing Iran in order to ease Israel and the Sunni Bloc. In addition, the US assigned Saudi Arabia the role for the implementation of moderate Islamic model for the transformation of the Middle East policy. In this regard, Muhammed bin Selman (MbS) was crowned as the prince of Saudi Arabia in order to implement this new policy of the US. Within this framework, even though MbS made various reforms at the societal level in Saudi Arabia, it could not provide what had been expected by the US at economy-energy sector. In addition, Saudi Arabia failed at gaining advantage over Iran at proxy war in Yemen, as well as failing at breaking Iran’s superiority in Iraq and Syria. However, due to the strategic mistakes that the US made following the invasion of Iraq in 2003, Iran’s expansion of its domain especially over the Shia government of Iraq, Hezbollah at Lebanon, Houthis at Yemen and Assad regime at Syria to the extent that threatens Israel, led the US to a policy change.

In response, the US passed the most severe sanctions in history against Iran on Nov. 5, 2018, in order to weaken and isolate it in the international arena. Prior to that, again in 2018, the US abandoned the policy of integration of Iran to the international system by unilaterally withdrawing from the Nuclear Agreement that the Obama administration had signed with Iran in 2015. President Trump described this international nuclear agreement, which was signed by the five permanent members of the UN Security Council and Germany, as ‘bad’ on the grounds that it favors Iran and he would make a better one. In this context, Trump administration resorts to the tactic of pressuring Iran both over the Sunni Bloc and the sanctions, in order to make a new nuclear deal with the conditions it favors. However, while Iran and Russia’s domain in the Middle East is expanding, the failure of Saudi Arabia at both gaining geopolitical importance and loss of prestige with the Khashoggi murder case increased the US’s need for Turkey in the region.

In other words, it can be argued that the Trump administration has realized that the expected success of the Middle East Policy cannot be achieved only through Israel and Saudi Arabia. Beyond that, arguably, Turkey’s rapprochement with its strategic rival Russia and emergence of Turkey with the role of game changer against the US policies in the Syria and Qatar crises, led the US to revise its policies. Because, as its NATO ally Turkey and the US confronted each other after the US cooperated with the terrorist organization YPG even at the tactical level for its policy in Syria. Moreover – the Trump administration sent nearly 400 truckloads of heavy weapons to the YPG, which is the extension of the listed terrorist organization PKK, caused a crisis of confidence between the two countries. Since for Turkey, the YPG equipped with heavy weapons, is considered as a threat for its national security. Beyond that, as happened during the creation of an autonomous Kurdish administration in Northern Iraq during the 1990s, Turkey perceives this YPG embodiment as a US-backed containment policy from the south. For this reason, a deep strategic break between the two NATO allies began to take place. In other words, the US’s acting as an ally with the YPG in its Syria policy caused a clash of interests with a NATO ally.

At this stage, on the one hand the Saudi Arabia’s failure and on the other hand Turkey’s emerging role as a game changer against the US policies in the Middle East and the increase in its efficiency with alliances in Syria (Astana axis) and military maneuvers (Euphrates Shield Operation and Olive Branch Operation) enhanced the US need for Turkey again. Because Turkey as a game changer disrupted the strategy of blockading Qatar (which has close ties with Iran) of the Sunni Bloc led by the US-backed Saudi Arabia. In January 2017, with the formation of Astana axis, the US was sort of left out of the chess of Syria where many global and regional actors were involved. In this regard, it can be said that the US recognized the essential strategic significance of Turkey as its NATO ally.

Announcing reward for the capture of the PKK leaders can be understood as the Trump administration’s new maneuver aiming at the matching of policies with Turkey. Moreover, it is understood that in order to ensure the success of the sanctions against Iran or at least prevent Turkey to become a game changer again, the US stepped for the match of the Syria policies with Turkey. Besides, it can also be argued that the US wants to enter the chess through Turkey where it was left out by the Astana axis. Because Russia has taken the initiative over Syria with the Astana process and it can be seen from the last meeting on Syria-Istanbul Summit of Turkey-Russia-Germany-France in October 2018- that the US was left out of the table. In response to this, the US put the leaders of the terrorist organization of PKK on the target board in order to resolve the confidence crisis and win Turkey back. In this sense, it can be suggested that the US is seeking ways both not to lose its NATO ally to Russia and to cooperate with it in its Middle East policy. So, it is anticipated that a Manbij like – joint patrols method might be implemented in the Easter Euphrates by Turkey and the US.  It can be claimed that implementation of such a method will open up space for the return of normalcy in the two countries relations.

As a result, in the end, the US will try to coincide its policies with Turkey or at least prevent the conflict of interests.  Actually, it could be argued that the US has to make sacrifices over PYD and the Eastern Euphrates due to the fact that it had to match interests with Turkey. Because, the game changer role of Turkey vis-a-vis the Middle East and Syria of the US and the failure of policy based on Saudi Arabia, forces the US towards a new type of relations with Turkey. Especially, by harmonization of policies with Turkey, the US wants to prevent the role of Turkey as a game changer this time for the sanctions against Iran issue. Turkey wants to develop a new type of relationship with the US over negotiations, especially by using Brunson and Khashoggi matters as leverage.

Although the US and Turkey began to experience a conflict of strategic interest over the YPG, the real problem in their relations has been structural. Because the US’ underestimation of Turkey as an equal actor and Turkey’s abstention from the matching its foreign policy with the interests of the US as they were matched during the Cold War era, is the structural problem of the two’s relations. Turkey wants to transform this asymmetrical alliance relationship with the US which started with the Cold War era, into a form that can also work for Turkey’s interests. But the denial of the US of Turkey’s new autonomous policy status becomes a structural handicap against the development of the relations. 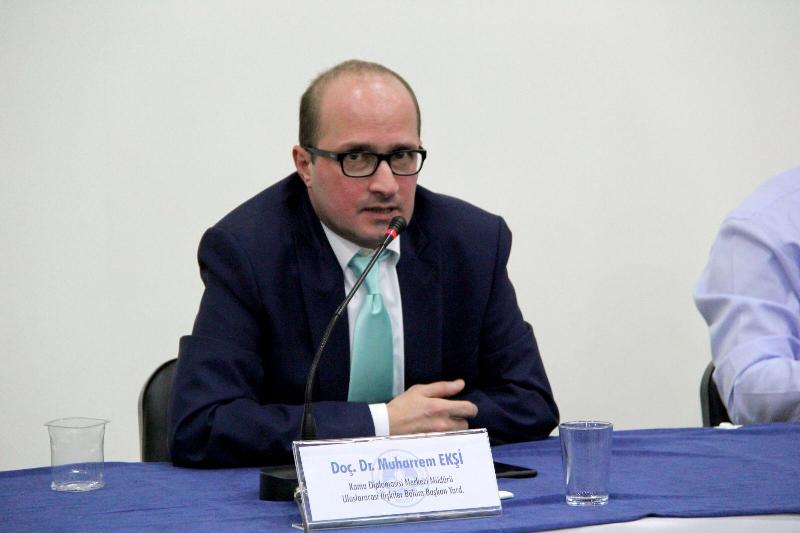 The author is the director of the Center for Public Diplomacy and Associate Professor at the Department of International Relations, Kırklareli University, Turkey. He also serves as Vice Head of the Department of International Relations. He was a visiting scholar at the Institute for Public Diplomacy and Global Communication, the Elliott School of International Affairs, the George Washington University, the USA in 2011. He served as a visiting lecturer at Jawaharlal Nehru University, Delhi, India for the academic year of 2012-2013. He worked as a foreign policy expert in The Grand National Assembly of Turkey (TBMM), and several think tanks such as the Global Strategy Institute (ORSAM), ASAM, SETA. He also worked as a cultural diplomacy expert in Yunus Emre Institute in Ankara.Dr. Ekşi serves as a public diplomacy adviser in Ankara-based prestigious think tank ANKASAM. He has authored numerous articles and also published two books: The Rise and Fall of Soft Power in the Turkish Foreign Policy during AK Party Era, Lap Lambert Academic Publishing, Germany, 2016; Public Diplomacy and Turkish Foreign Policy during AK Party Era (in Turkish), Siyasal Kitabevi Press, Ankara, July 2014.