The United States has called for the immediate withdrawal of Russian and Turkish forces from Libya. The request — which marks a turnaround with respect to the previous administration — was formulated by the head of the American mission to the United Nations, Richard Mills jr, after the deadline, planned in the UN cease fire agreement, expired on Jan. 23.

“We call for all external parties, including Russia, Turkey and the United Arab Emirates, to respect Libyan sovereignty and immediately cease all military intervention in Libya” Mills said during a UN Security Council meeting. “Under the October ceasefire agreement, we call on Turkey and Russia to immediately initiate the withdrawal of their forces from the country and of all foreign mercenaries and military delegates they recruited, financed, deployed and supported in Libya,” he added.

A clear appeal that marks a renewed American concern on a dossier that does not currently seem to be among the foreign policy priorities of the Joe Biden administration. But considering its strategic implications — like stability in the Sahel, oil and gas deposits — it could soon become so.

To complicate the dense network of international interests involved in the Libyan crisis – which initially saw Italy, France, the Emirates and Egypt in the front row — two protagonists were added between the end of 2019 and the beginning of 2020 who quickly acquired a central role on the chessboard: Turkey and Russia. Ankara has in fact approved a military mission in support of Fayez al-Serraj’s Government of National Accord (GNA), sending soldiers and a few thousand mercenaries previously used in Syria to the country. Meanwhile, after discreetly supporting Khalifa Haftar for several years, Russia quickly increased its presence in Libya alongside the Cyrenaica general.

Emblematic, in this regard, is the attitude of Turkey. The GNA Defense Minister recently announced that 1,300 Libyan soldiers had completed training provided by Ankara forces in specialized hubs in Libya. His words have provoked anger in Cyrenaica where the Turks are seen as “Ottoman crusaders”.

The American request to “respect Libyan sovereignty” formulated by Ambassador Mills comes exactly one year after the Berlin summit.

A conference in which supporters of the main factions in Libya had pledged to end interference in the country and work for a permanent ceasefire.

Since then, an armed truce has been in place on the ground along the front line, between Sirte and the Al Jufra air base, in the center of the country, exactly on the border between Tripolitania and Cyrenaica.

It is here that – as reported in recent days by CNN – the militias of General Khalifa Haftar have erected a trench over 70 kilometers long. A wall in the desert that does not suggest any intentions of the external actors involved, to demobilize and withdraw from the country.

On the political side on Jan. 21 the Libyan Political Dialogue Forum (LPDF) — an assembly with representatives from all over the country — voted in favor of the creation of a new interim executive authority, a sort of government of national unity to replace Fayez al-Serraj’s GNA to lead Libya towards general elections on Dec. 24.

The selection mechanism provides that each of the regions that make up the country (Tripolitania, Cyrenaica, Fezzan) appoints a member of the presidential council, while the prime minister will be elected from among the 75 members of the Forum, with 70% of the votes.

The system has been designed in such a way as to ensure a balance between east and west Lybia: if the Presidency goes to Cyrenaica, the Premiership should go to Tripolitan and vice versa.

“The transitional government will be a temporary executive branch made up of Libyan patriots who want to share the responsibility of rebuilding their country rather than sharing the cake,” said UN envoy for Libya Stephanie Williams. Meanwhile, the Security Council has appointed Slovakian diplomat Jan Kubis as UN envoy to the country, a post vacant since last March when Ghassan Salame resigned due to stress, temporarily replaced by his deputy Williams. Currently, according to the UN, there are about 20,000 foreign soldiers and mercenaries present in Libya.

If Russia denies any responsibility for the presence of its own troops, last December Ankara extended the authorization for the deployment of troops in Libya by 18 months, in violation of the ceasefire agreement. And at the same time as the US ambassador to the UN was making his appeal, the White House announced a suspension of the Trump administration’s 50 F-35 fighter jets sale agreement with the United Arab Emirates. Both are important signs, which could reveal a change in the attitude of the new administration towards a dossier, the Libyan one, which is particularly close to Italy’s heart.

Over the past four years, external sponsors and non-state actors have taken advantage of the absence of the United States to pursue economic and strategic interests. But American involvement can prove essential to restore balance in the country and prevent its collapse.

In the last days a phone call was arranged between the new US secretary of state, Anthony Blinken, and the Italian Foreign Minister, Luigi Di Maio, also in view of the Italian presidency of the G20.

“Rebuild and strengthen the lasting partnership between the United States and Italy,” this is the wish expressed by the US diplomat to his italian counterpart.

The call comes after Blinken held his first press conference as Secretary of State in President Biden’s administration on Jan 27. On that occasion, the top US diplomat had highlighted some of the most relevant foreign policy issues for the US, including the freezing of an arms sale to Saudi Arabia and the United Arab Emirates and the possible re-entry of Washington into the agreement on the Iranian nuclear deal.

The second official contact between Joe Biden’s administration and the Italian government is in the telephone conversation between Lorenzo Guerini and Lloyd Austin, the new head of the Pentagon, on Jan. 29.

As for Libya, Italy is trying to regain a role in the country, through a series of meetings that have also seen the envoys engaged with General Haftar, the last one on Jan. 21.

It is up to Rome and the international community to seize this opportunity in view of the crucial vote in December. Italy must act fast before that from Libya, no actor, internal or external, would want to withdraw anymore. 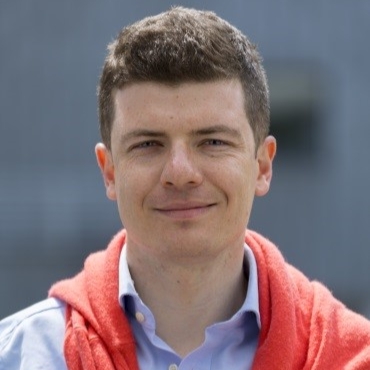 The author is an MBA student at SDA Bocconi School of Management, Milan, Italy. He is currently a City Council Member of La Spezia and a former delegate to the Italian Ministry of Defense.