The South China Sea Disputes and the Pivot to Asia

The South China Sea disputes could be traced back to 1968 when a report on oil prospecting in the South China Sea was conducted by the Committee for the Coordination for Joint Prospecting for the Mineral Resources in Asian Offshore Areas, under the UN Economic and Social Commission for Asia and the Pacific. Since then, countries bordering the South China Sea has begun occupying rocks and islands within the boundary of China’s 9 dashed line. However, apart from a short sea war between China and Vietnam, the disputes were minor as none of the claimants were militarily powerful enough to control the disputed area.

At the end of the Cold War, US began to reduce its involvement in Asia as the threat of war subsided. US, the sole superpower after the collapse of the Soviet Union and self-proclaimed world policeman decided that it had the obligation to keep the “New World Order”. Throughout the 90s, things were rather calm except for the 1996 Taiwan Strait Crisis and the Hainan Island Incident in 2001.

Then in 2009, US newly elected President, Barack Obama made a pledge that he would re-balance from a predominantly Middle East Policy to refocus on Asia, what was known as the “Pivot to Asia”. The Pivot would include a redeployment of 60% of US military troops to Asia. This redeployment of US assets to Asia caught China’s attention. China was more interested in developing world trades and the lifting its population from poverty. Nevertheless, China thought Obama’s Pivot to Asia was to contain its peaceful rise, and actions had to be taken to break the containment.

Once we have established the background of US rebalancing to Asia, and China’s subsequent reaction to the rebalancing, we are in a better position to understand the South China Sea disputes and the Diaoyu Islands dispute. The nationalization of the Diaoyu Islands, and the unilateral move by the Philippines to take the SCS dispute to the PCA are, in China’s point of view, part of the containment of China that was planned and organized by the Obama Administration with the help of Japan. To the dismay of the Obama Administration, the Pivot to Asia was a failure. https://thediplomat.com/2017/01/the-pivot-to-asia-was-obamas-biggest-mistake/ 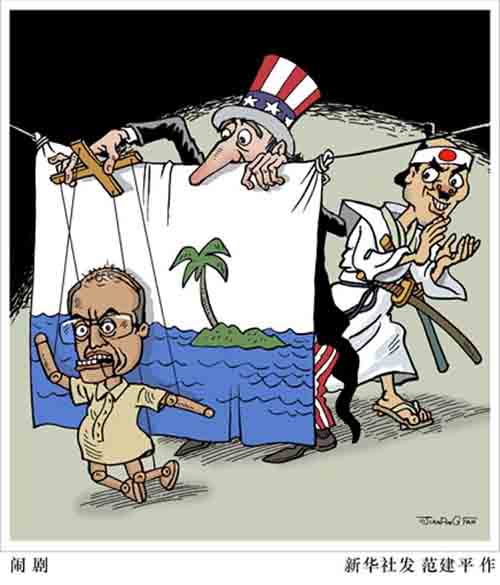 The Pivot did not manage to contain China. Instead, it forced China to fortify South China Sea Islands controlled by China, and it became more aggressive in pressing its claims on the Diaoyu Islands. Military-wise, China also improved its A2/AD capabilities in a short span of time, reducing the formidability of US twin carriers in the South China Sea to nothingness. 20 years before, the twin carriers was instrumental in resolving the Taiwan Strait Crisis.