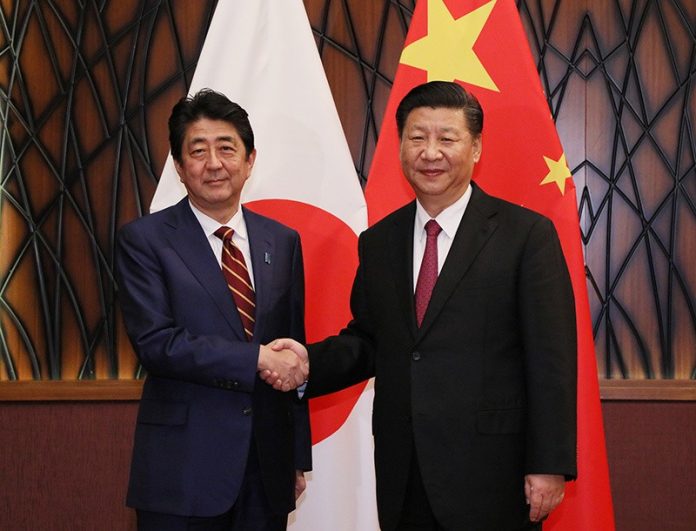 The Asia-Pacific region is the world’s most dynamic center of economic activity, and a growingly unrestrainable political behemoth. This economic and political significance is largely driven by its leading powers, Japan and China. The pattern of these countries interaction has come to set the structure and pace of Asia-Pacific regional cooperation. Nevertheless, bilateral relations between both powers have been tense despite economic interaction and the advance of globalization, and seem to give way to almost routine periods of security tensions.

The strained relationship between both nations has been the subject of much reflection. A paradox is present in the antagonism that has come to define China and Japan’s interaction, despite their increasing economic interdependence. This antagonism has manifested in the form of nationalist ideals within both nations, and the escalation of political disagreements into periodic crisis situations.

The Senkaku/Diaoyu islands confrontation is maybe the clearest example of deteriorating Sino-Japanese relations; having become a symbol of a wider geopolitical framework and unresolved historical tensions. Both Japanese and Chinese responses in this crisis have been perceived as diplomatic confrontation, and have become highly contentious nationalistic issues in domestic politics.

Many scholars have argued that, in the face of these increased security tensions, economic interdependence can soften state interaction and reduce conflict. However, as globalization has integrated Sino-Japanese operations further, nationalist backlash has arisen from both sides. Thus, it becomes important to consider the potential impact of nationalist ideology and interstate tensions in international economic relations.

The phenomenon of “cold politics and hot economics” is now a seemingly fixed feature of China and Japan’s political and economic relations. Nevertheless, these areas are not without overlap, and the economic relations between China and Japan have fluctuated according to political tensions, with bilateral trade figures now providing a “barometric record of an unpredictable political climate”; and incidents like the Japanese nationalization of the Senkaku Islands negatively affecting trade between both nations. This threatens the notion of Sino-Japanese economic complementarity as a means for peace, and reaffirms notions that politics still govern the nations bilateral relations, despite economic alignment. These conditions also explain why politicized historical events like Nanking still reverberate so heavily in current state interaction.

Tokyo has seen a decrease of its strategic space and area of influence as China has become more dominant, and in turn has sought to be more proactive and engaging in regional and global dynamics, fostering initiatives conducive to its national interests. In this manner, Japan’s strategic response to the rise of China has seen the nation shift paradigms, from a “friendship diplomacy” attempt to a mixed strategy approach combining realistic threat balancing and positive engagement with the Asian giant.

Japan’s strategic shift and security policy reform, especially its redefinition of its military capacities, are considered to be primarily a counterbalancing response to China. This reform is understood as an internal balancing measure, yet external initiatives have also been undertaken by Abe’s government; increasing security cohesion with the United States, and enhancing its security cooperation with other key allies such as Australia and India, as well as increasing its focus on other Asian nations as potential allies.

China’s diplomacy and foreign policy efforts have been “working systematically towards a realignment of the international order through establishing parallel structures to a wide range of international institutions”. This has entailed a more active role in regional organizations like ASEAN, and the establishment of Asian-led organisms such as the Asian Infrastructure Investment Bank. Through this network of strategic organizations China seeks to target gaps within the current system of intergovernmental structures, and compete within their areas of operation; building both supplementary and complementary structures to shape and steer the regional sphere away from Western attempts at leadership. This conception capitalizes on China’s model of development, highlighting the giant’s local influence and identification with “shared Asian values”. Through this strategic approach, China leverages the comparative benefit it holds in forming regional partnerships as a result of Japan’s negative imperial heritage. In this manner, Beijing has opted for a strategic understanding of the region with Japan as a key control focus, recognizing its influence in the region’s security environment, and seeking to redefine the environment to suit its international rise.

Stability or insecurity in the global order seems to have a ripple effect in regional dynamics. Thus, the US-Japan alliance and US-China market dependence may influence regional dynamics further. Sino-Japanese security dynamics are inevitably linked to the broader interactions of the four-power balance system in Asia, between the United States, the Russian Federation, China, and Japan. Regarding the effect smaller actors may hold upon this larger geopolitical context, there is much debate in the interpretation of secondary-state responses to changing regional dynamics and rising powers like China. Nevertheless, it increasingly seems that minor actors will often not seek to balance this rise, but accommodate it.

Another important geopolitical element is the trilateral institutional relation among China, Japan and South Korea, that has been developing over the last decade due to shared security concerns. At present, both China and Japan operate under a shared objective of maintaining peace and stability in the region; which has a relatively stabilizing effect in terms of the non-escalation of their bilateral tensions into regional strife, stabilize Sino-Japanese conflictual relations; or in turn, complicate them

However, both US influence and trilateralism seem insufficient to fully normalize Sino- Japanese political-diplomatic cooperation, or dissipate periodically rising tensions. The historical legacy Japan and China share has imbued a mutual sense of distrust and wariness between them. China remains cautious of Japanese security projection in the region, and Japan in turn remains threatened by the possibility of a revisionist China reasserting its historical prevalence in the Asia-Pacific. There is an ever-present emotional dimension to Sino-Japanese relations that transcends logical, economic, or political interest.

To this end, China and Japan must seek to construct a more cohesive understanding of their common history as a foundation for future foreign relations, and as a necessary condition to ease the strain between both nations in a transition period within world politics. Both nations must now face their history in tandem, and choose to either be defined by it in, or be take a softer approach to managing their increased competition in the world stage. 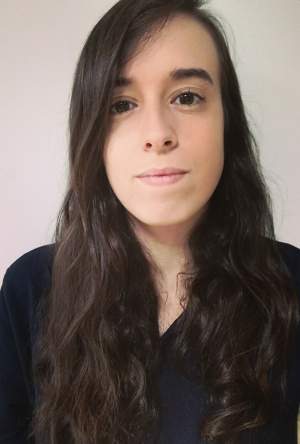 The author is a Masters student in Women, Peace and Security at the London School of Economics. She was previously a Global Shaper within The World Economic Forum, and currently serves as Chair and researcher within the Conflict, Security and Crime Student Research Committee at IAPSS.