President Biden has announced Aug. 31 as the completion of the U.S. military mission in Afghanistan, a process that was effectively complete when the American forces left Bagram Airfield early this month. This military base had become the symbol of American military engagement in Afghanistan for about two decades and the way the U.S. deserted it in the early hours of July 2, gives the impression that the U.S. conceded defeat to Taliban. On the contrary, the eventual withdrawal of the U.S. from Afghanistan will pave the way for the U.S. to achieve multiple domestic and international objectives, including countering China.

By withdrawing its military forces from Afghanistan, the U.S. has achieved the primary objectives of starting the war. These included bringing Osama bin Laden – the mastermind of the Sept. 11, 2001, terrorist attacks on the U.S. – to justice; and preventing further terrorist attacks from the Afghan territories. These objectives were achieved at a heavy cost which included the killing of 2,448 U.S. soldiers and wounding another 20,722. The two decades of military involvement in Afghanistan also costs the U.S. a trillion dollars major part of which was spent in training and equipping the Afghan security forces.

The rationale of the U.S. withdrawal from Afghanistan is in tandem with its national interest, which dictates that there is no more rationale for its soldiers to remain on that dangerous territory and towards this end there is a bipartisan consensus. In fact, the initial agreement of the U.S. government with the Taliban for the withdrawal was reached on Feb. 29, 2020, during the administration of the previous U.S. President Donald Trump, who was a Republican. If the allies and partners of the U.S. expected it to continue augmenting its financial and human costs in the hope of the nation building in Afghanistan, then that was not a U.S. national objective. Moreover, in the two decades of military involvement, the U.S. has now realized that despite being the Superpower, its own resources are limited, which should be utilized optimally to meet other pressing challenges to its national interests and global standing.

The military disengagement from Afghanistan has provided President Biden the opportunity to implement the U.S. “Pivot to Asia” policy, which was first articulated by the Obama administration in which Biden served as the Vice President. Implementation of this policy has become more urgent in view of the increased realization by the United States that an assertive China is fast becoming a challenge to its global supremacy in a multifaceted manner. Thus, the U.S. is rebalancing towards the Asia-Pacific region to protect its allies and partners in that region from the threats emanating from China.

It is illuminating to highlight how China has reaped the economic benefits in the Middle East and adjacent regions during the period in which the responsibility of security was primarily vested with the United States. Due to the terrorist attacks, Sept. 11, 2001, or “9/11”, is remembered as an important day in the post-World War II U.S. history. This incident had triggered the massive combat military engagement of the U.S. in Afghanistan as well as some other parts of the Middle East region such as Iraq. Coincidentally, another event – albeit a peaceful one – which occurred on Dec. 11, 2001, exactly three months after 9/11, is now proving equally deterministic in the history of the power and position of the United States, especially viz-a-viz China. On this day, China got the accession of the World Trade Organization, a status which provided it the opportunity to integrate with the world market and building an economy that has now become a potent threat to the U.S. global supremacy.

Although a coincidence, it is highly symbolic that the amount that the U.S. had spent – one trillion dollars – in its two decades of military involvement in Afghanistan, is almost the same that the U.S. owes to China in terms of its sovereign debt. Now that the U.S. has become world’s largest producer of oil, the Carter Doctrine – military option to ensure free flow of Gulf oil to the U.S. – has effectively lost its relevance. The rationale of the Carter Doctrine now fits better to China’s energy imperative, and it will be interesting to watch how China secures the oil flow from Middle East to its own shores in the absence of security provided by the United States.

While the U.S.-China dynamics appears to be an important imperative for the U.S. withdrawal from Afghanistan, its trajectory would be influenced by five state actors – Russia, Turkey, Iran, India and Pakistan – and three non-state actors – Taliban, ISIS and Al-Qaeda. Further, a demystification of the China-Taliban-Xinjiang axis would throw some light on the question of whether the U.S. has departed from Afghanistan with any covert understanding with the Taliban. Afghan Mujahideen had proved helpful to the U.S. in its triumph over the former USSR, a template which could be replicated to ensure triumph over the new rival, China. Importantly, we do not know the full scope of understanding between the U.S. and Taliban, apart from the agreement reached on Feb. 29, 2020.

For Russia, Afghanistan is important because of its central geopolitical role in Central Asia, which it considers as its own sphere of influence. Turkey, which does not share its borders with Afghanistan, has agreed to provide the security of Kabul Airport in the post-U.S. withdrawal Afghanistan by virtue of its membership of NATO. Iran has hosted high level talks on July 7 between the representatives of Taliban and Afghanistan government, signifying its increased role in the future of Afghanistan. Iran shares more than 900 km border with Afghanistan and hosts over two million Afghan refugees. While a deteriorating security scenario in Afghanistan could substantially swell that number, engaging with the Taliban is also important for Iran to counterbalance its Sunni rival Saudi Arabia. Thus, it is not surprising that the Iranian hardliners have started calling for treating Taliban differently from Al-Qaeda and ISIS.

These three countries are arguably regional and global rivals of the United States and with a single stroke President Biden has rendered them busy in the task of stabilizing Afghanistan and towards owning up the burden of its security. Afghanistan’s other neighboring countries – those which are friends of the United States – have also started intense efforts to find out a way for ensuring peace in Afghanistan and toward that end Pakistan is scheduled to host the Afghan Peace Conference on July 17-19. India is also “closely monitoring” Afghanistan’s evolving security situation to protect its own interest and has been indulging in high-level diplomacy towards resolving the current crisis.

The interplay between the Taliban, Al-Qaeda and ISIS will have bearing on the future of not just Afghanistan but the whole of Middle East region and beyond. This would also be deterministic in any possible return of the U.S. forces to the region. So far, Taliban has assured that it would not allow either ISIS or other groups to use the Afghan territory against its neighbors. However, given the close historical ties between Taliban and Al-Qaeda, it is easier said than done. Although ISIS and Al-Qaeda are not without differences, they are also historically not averse to joining hands against a common enemy. If the U.S. also decides to withdraw its forces from Iraq, then ISIS may become resurgent. And if these three groups join hands, that may create havoc in terms of the regional security, keeping all stakeholders busy.

Most importantly, China shares its border with Afghanistan through its Xinjiang province, a region that is currently central to the U.S. strategy of countering China. Taliban has so far assured China – calling it a “friendly” country – that it need not worry. However, such assurances may not be enough for China to relax on this important aspect of its security, especially as the Taliban and the U.S. have reached an overt agreement, which may also entail some covert understandings.

Notwithstanding the strategic benefits, the U.S. still faces several challenges after the withdrawal of its forces from Afghanistan. First and foremost, it is not certain how effective President Biden’s “over-the-horizon capability” would be in the field of counterterrorism. Second challenge for the U.S. is in the form of taking favors from Russia in terms of having a military foothold in Central Asia, which is Russia’s backyard. Third challenge is the trust deficit among the U.S. allies in the Middle East, which may find it prudent to turn to Russia and China for ensuring their own security. Finally, if China is able to successfully implement its Belt and Road Initiative by effectively managing the regional security, then that would amount to undermining the U.S. strategy of withdrawal from Afghanistan. 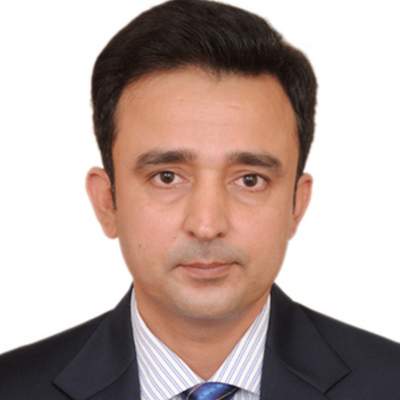 AUKUS Damages the EU, and America is Truly Back