While the Philippines wants to be seen as a young liberal democracy on the path to discovering its own place on the international stage, its reality is far from that rosy picture.

As a state, it was founded on the premise of keeping traditional elites in power using US economic-security ties and elite capture of state institutions and resources, rather than achieving national self-sufficiency and addressing grassroot concerns. It is a post-colonial product of conflicting and converging elite and foreign interests, a poor and weak state saddled with various maladies from its failure to achieve complete political and economic independence. From the perspective of historical institutionalism, the Philippines’ foreign-beholden elitist character from its founding, and the origins of its military as an instrument of elite repression present significant handicaps in pursuing institutional reform, economic self-sufficiency, and defense modernization in contemporary times.

Further, military corporate grievances can explain how the Philippine military functions in the Philippine political-strategic space. This views the military as a powerful organization that is sensitive to threats to its position and resources, likely to be threatened under certain circumstances, and capable of defending itself if the threats to its interests are serious enough. It also assumes that the military is sensitive to threats against its autonomy, monopoly on the use of force, honor and prestige, political position, and funding.

Apparently, ingratiating elite interests is the main way the Philippine military can win more funding, power, and political support. However, that does not mean that it is wholly dependent on powerful benefactors. The threat of losing privileges with an unpopular government on the verge of collapse, rather than democratic values may be the reason why the Philippine military abandoned the Marcos administration in the 1986 People Power Revolution.

With regard to the West Philippine Sea dispute, the Philippine military’s tepid response can be attributed to its lack of combat capability, and the paradox that to maintain its privileges it must ingratiate the Duterte administration which is allegedly beholden to China for power. Further, the dispute presents few opportunities for the Philippine military to advance its own interests. Moreover,  Article 16, Section 5 (4) of the 1987 Philippine Constitution prohibits active members of the military holding civilian positions in government-owned or controlled corporations and their subsidiaries. As a result, the Philippine military has limited opportunities to engage in business endeavors, making it vulnerable to elite co-optation. In addition, the military becomes a source of political instability when its interests are not met. This is manifested by the periodic coups and coup threatens the Philippines experiences, as coups are internal struggles by the military to gain more power and resources.

A maritime military-industrial complex that enmeshes the Philippine military’s own self-interest to maritime business enterprises might relieve it of the need to ingratiate elites for funding, political influence, and social advancement. Following a Thai model, the Philippine military can establish a hybrid network of military industries and shares in civilian maritime businesses, providing products and services to military and civilian clients. Such maritime industry sectors can include tourism, energy, ports, logistics, shipbuilding, and fisheries. It is an ambiguous phenomenon that can serve the national interest by providing the military a pragmatic imperative to uphold the country’s territorial integrity and sovereignty, albeit motivated by self-interest to protect its businesses from foreign aggression and their internal proxy influence groups. It can provide jobs, contribute to the economy, and increase the country’s strategic independence, but also open avenues for further democratic erosion and military rule.

Despite that, the intractability of the Philippines’ internal political-economic contradictions, multiple competing intelligence services and anti-coup units, and the military’s own incompetence in running a country preclude the possibility of a military takeover. In political-economic terms, the Philippines’ weak industrial base has forced it to rely on import substitution to meet its economic needs, with a merchant-politician nexus being the middleman that profits in that setup. This stunts the growth of local industries, including strategic industries that could form part of an emerging Philippine maritime military-industrial complex. Mercantile motives to hinder the emergence of such may include the need to eliminate the military as business competition, or to co-opt the military as a partner in the country’s import substitution economy. Political motives to accomplish the same could be based on political elites’ needs to eliminate the military as a political competitor and to keep the military as a tool to sustain their rule.

Political values and systems cannot be abstracted from the socio-economic systems that birthed them in the first place. If the Philippines does not have an independent economic base with which to build its political values, meritocratic institutions, and security superstructure upon, it will remain a pawn exploited by both the US and China in their larger competition for global supremacy. 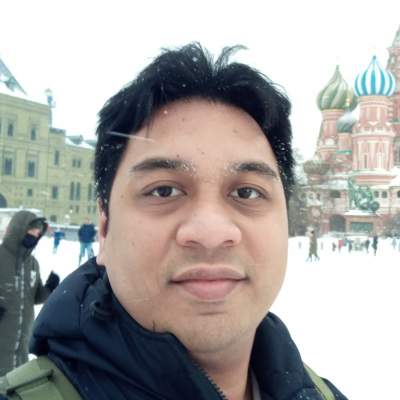 The author is a Moscow-based Russian government scholar. He holds a master’s degree in International Relations from the Peoples’ Friendship University of Russia.