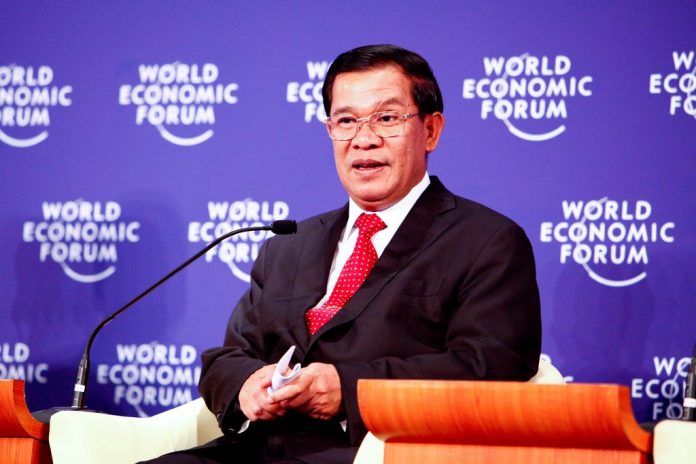 A delegation from the European Union will visit Cambodia next week as part of the process of withdrawing duty-free access to EU markets under the Everything But Arms agreement. The delegation, I believe, will not be misled by what they are told.

The intention of the European Union in granting EBA in 2001 was to help “least developed countries” such as Cambodia to escape from poverty but also — a parallel, mandatory, criteria — to progress on the path to democracy and respect for human rights. Even before EBA was granted, the international community had committed to a system of pluralistic democracy in Cambodia in the Paris Peace Agreement signed in 1991.

Yet, over the decades, sufficient international pressure to enforce these formal prescriptions has never been consistently applied. The results of this acceptance of piecemeal window-dressing have become clear in recent years. Under the leadership of Prime Minister Hun Sen, the only opposition party in parliament, the Cambodia National Rescue Party (CNRP), was arbitrarily dissolved in 2017 and its leader, Kem Sokha, arrested. Civil society organizations and the independent media were shut down. This set the scene for rigged elections in July 2018, with all of the seats in the National Assembly being won by the ruling CPP. Kem Sokha remains under house arrest, and his period of detention without trial now exceeds the maximum 18 months permitted by Cambodian law.

A proliferation of minor parties was allowed to contest the July 2018 national election in an attempt to provide a thin veneer of democratic choice. This failed completely, as no international observers were convinced of the credibility of the poll, and none of the minor parties managed to win even a single seat. The government’s current offer of selective rehabilitation of banned CNRP members who apply for it continues this tactic of encouraging small, completely ineffective opposition parties to proliferate. It aims to divide the CNRP and to deceive the international community into accepting that progress is being made.

Selective rehabilitation is a recipe for a series of rigged local and national elections in the years to come, underpinned, as and when needed, by government violence. If any of the small parties one day became large enough to pose a serious threat, they would simply be dissolved and the long, deceitful cycle would start again.

To date, the clearest response of Prime Minister Hun Sen to the prospect of losing EU free-trade access has been to promise to work to eliminate the opposition before the withdrawal of EBA comes into effect. Hun Sen has had frequent recourse to violence during his decades in power. A dangerous vicious circle rests in the fact that the use of violence alienates the population from the government and isolates the government from the international community. So the government feels more threatened and resorts again to the only methods that seem to work.

A danger for Cambodia is that Hun Sen will use his private military power to seek to impose his son Hun Manet as premier. This would only perpetuate and worsen the use of violence to underwrite power. The risk for the EU is that it will find itself subsidizing and rewarding, through the trading system, this clearly signaled intent to use violence as a political tool.

A working basis of trust and cooperation is essential everywhere that democracy is practised. A peaceful transfer of power between rivals is a historical hurdle that Cambodia must one day overcome, allowing an honourably defeated party to appeal at future elections for a fresh mandate from the people to govern. There is no solution in violence. Its use simply delays the day of reckoning, causing needless, irreversible suffering in the meantime. Dialogue based on mutual confidence and respect is the only path that will serve the whole country, including supporters of the CPP. Until then, Cambodia will remain doomed to use killing to underwrite governance.

The CNRP remains the only party capable of offering the Cambodian people a genuine choice in a genuine election. This is proved by its performance in both the national election of 2013 and the local communal elections of 2017. Despite many electoral irregularities, the CNRP officially scored close to half the votes both times.

The best solution for Cambodia is to avoid the ending of its EBA access and the serious damage that the economy would suffer. This can be done by releasing Kem Sokha, reinstating the CNRP and publishing a timetable for prompt and genuine elections. There is still time for the worst to be avoided, but a genuine change in the governing mentality is urgently needed.