Taking cognizance of climate change and its adverse effects on Europe and the world, the EU chartered an ambitious series of legislations culminating in the European Green Deal. As part of the deal, the EU plans to achieve climate neutrality by 2050 which would make Europe the first continent in the world to do so. By 2030, the EU plans to cut down carbon emissions by 55% compared to the 1990 levels. Europe’s energy sector accounts for more than 75% of greenhouse gas emissions and thus decarbonizing it becomes important to meet targets set in the green deal. The way EU plans to achieve this is by shifting coal-based energy production to environment-friendly methods, thereby reducing its overall reliance on coal.  The majority use of coal in the EU is for power production. In 2019, 38 million tonnes of hard coal and 285 million tonnes of brown coal was used by power plants to produce electricity and heat.

However, the overall production and consumption of coal in the EU is already in decline. In the three decades between 1990 and 2020, coal production has reduced by 80%. In 1990, 13 EU member states were major hard coal producers, the number of which fell to three in the last decade with the Czech Republic, Germany, and Poland remaining as the only hard coal producers. Last year, Germany completely stopped its hard coal production which only leaves Czech Republic and Poland. Out of these two, Czech Republic accounts for 4% while Poland produces 96% of the total hard coal. With regard to consumption, Poland is the highest consumer of hard coal with a 43% consumption rate, followed by the second biggest consumer Germany at 22%. Along with hard coal, brown coal is also produced in the EU, but it is mostly produced by the countries that consume it, so its imports and exports are negligible. Germany is the highest producer and consumer of brown coal amounting to 44% of the EU’s total brown coal consumption followed by Poland and Czech Republic at 19% and 12%.

Although the three countries Germany, Czech Republic, and Poland have adopted strategies to phase out coal from their current energy mix, their strategies are reflective of their individual capacity and pace. Judith Kirton-Darling, deputy general secretary at Industrial, has duly noted that there is a wide gap between policy ambitions at European Level and policy tools at the national level. Since each country is tasked with making its own decision to formulate coal phase-out strategies, they remain subject to alternating national interests influenced by social, economic, and political factors within the country. Among the three countries, Poland best describes this dilemma and the complexities associated with the transition to green energy.

Both Czech Republic and Germany have established a dedicated coal commission to overlook their coal-phase out strategies and deal with the social and economic impact of their energy transition. Germany has made the highest progress by transitioning to 50% renewables in its energy mix. Poland remains behind both Czech Republic and Germany and is less likely to achieve its target of climate neutrality by 2050. Piotr Arak, head of the Polish Economic Institute has argued that there are two specific reasons that do not work in Poland’s favour, i.e., time and money.

As it currently stands out, Poland’s energy mix is dominated by non-renewables with 70% reliance on coal followed by 10% natural gas, and 3% oil. Renewables account for just 17%. Contrast this with countries like Sweden, Finland, Austria, France, and Denmark, that rely on renewables plus nuclear power for their majority energy needs — it makes Poland’s energy transition all the more challenging. Along with an unfavourable energy mix, Poland is also marked with a poorer economy as compared to Western Europe where high income per inhabitant makes it easier for consumers to agree on a smooth transition towards clean energy. A study conducted by McKinsey in 2020, highlighted that Poland would require an additional investment of 1 to 2% of GDP per year till 2050 to decarbonise its energy mix in line with the targets set in the European green deal.

In addition to these reasons, energy security concerns related to reliance on Russian gas ranks high among Poles which translates into their nervousness towards reducing dependency on coal. Although Poland has recently decided that it would not renew its long-term gas contract with Gazprom expiring in October, its aversion to Russia’s gas dominance in Europe is well exemplified through its objection to the Nord Stream 2 pipeline. Besides this, unemployment fears due to the shutting down of coal mines also mount pressure on the Polish government to delay the transition from coal to clean energy. It was only after long periods of negotiations with trade unions that the government was able to strike a deal to gradually close its coal mine by 2049.

As much as this remains a positive development, the influence of trade unions as a pressure group is still strongly felt on the Polish government. A case in point is the KWB Turów coal mine dispute with Czech Republic. Czech authorities had complained that the mine damaged groundwater on their side of the border and hence it should be stopped. As both sides failed to reach a compromise, the Czech authorities filed a case against Poland with the European Court of Justice. In its recent development, the court ordered Poland to pay a daily fine of 500,000 Euros until it shuts down the coal mine. The Polish government mindful of the impact that shutting the mine could have on the political, economic, and social character of the region has refused to comply with the decision, risking not only complicating relations with its neighbour but also defying the orders of the European Court of Justice.

Regardless of these challenges, coal as a source of energy will soon become economically unviable due to rising prices of CO2 in the EU’s carbon market — a fact not lost on the Polish government. However, as energy transition strategies remain subject to a country’s political, economic, and social development as described in the case of Poland, phasing out coal would not be as easy as it sounds. 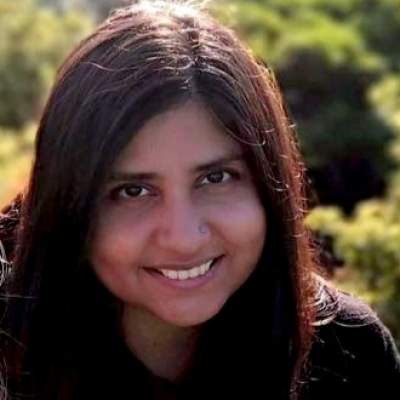 The author is a PhD student at the Faculty of Political Science and International Studies, University of Warsaw.