Most onlookers reacted to North Korea’s demolition of the Kaesong Joint Liaison Office with dejection. When the Liaison Office went down in smoke, so did prospects of a North-South peace agreement — for now. Yet there will be some in the U.S. defense community who privately breathed a sigh of relief, since Korean peace has long been the major non-military threat to U.S.-led security cooperation in Northeast Asia. For seventy years, the U.S. has led a multinational regional presence under the flag of the United Nations, validated by the support of South Korean and Japanese publics. Yet, this architecture serves the critical second purpose of countering Chinese regional aggression. Since 2016, China has adopted a diplomatic strategy that aims to realize Korean peace. If peace is established, the U.S. will either have to re-legitimize a security presence aimed transparently at China alone, or pack up and leave Northeast Asia. The collapse of Korean peace talks thus buys the U.S. crucial time to execute this strategic shift.

The Korean War afforded the United States the previously inconceivable chance to initiate a massive, U.N.-flagged security operation in Northeast Asia. Although the Korean War concluded with the 1953 armistice, the absence of a Korean peace declaration has allowed the U.S. to maintain the core institutions of this operation to the present day. This operation involves sixteen “Sending States” (nations that contributed to the UN coalition in the Korean War), seven “UNC-Rear” bases in Japan, and the UN Command headquarters in South Korea – led by a United States Army general.

The United Nations Command (UNC) would be impossible to orchestrate now. Indeed, it was only possible in 1950 due to the temporary boycott of the UN Security Council by the Soviet Union, granting the U.S. free reign to authorize the command. The UNC’s authorizing Security Council resolution specifically refers to a “breach of the peace” on the Korean Peninsula. Thus, the UNC’s authorizing resolution is an irreplaceable piece of international law that will arguably be voided by the signing of a Korean peace accord.

Until recently, the UNC was not an important issue and its relevance is still understated in foreign policy conversations. This is because the UNC largely faded from public view after the Korean War, superseded by potent organizations like the Combined Forces Command. All the Sending States withdrew their force contributions by 1972, and the UNC withdrew into a minor organization tasked chiefly with the de-escalation of border clashes in the Korean DMZ.

This changed in 2015. In the words of UNC Commander and U.S. General, Curtis Scaparotti, the UNC was subject to a “revitalization.” Since that pronouncement, the U.S. has kept relatively mum about the revitalization — even though it was mentioned in the inaugural 2019 U.S. Indo-Pacific Strategy Report. However, the changes are clear to see: the UNC is bringing the Sending States back to Northeast Asia.

Since the revitalization began, once-inactive Sending States have reinstated their military presences in Northeast Asia. Following a novel Sending State conference in Vancouver in early 2018, the United Kingdom, Canada, France, Australia, and New Zealand all initiated the periodic deployment of warships and planes to Korea and Japan. These deployments make use of UNC-Rear bases in Japan, whose legal statuses originate from the UNC’s authorizing Security Council resolutions.

During the revitalization, Sending States have signed bilateral security agreements with Japan that calcify their military operations in East Asia. In 2017 and 2018, Canada, the UK, France, and Australia signed Acquisition and Cross Servicing Agreements – a defense logistics agreement modelled from NATO – with Tokyo. These agreements facilitate joint military exercises between Sending States and Japan, and support Sending State freedom-of-navigation missions in the South China Sea. Thus, the revitalization period has been marked by greater involvement of Western allies in the wider security issues of East Asia.

China has not been inactive in response. In 2016, it announced a new diplomatic strategy for the Korean Peninsula, titled the “Dual Track Mechanism.” The mechanism elevates Korean peace to the priority level of North Korean denuclearization. Russia signed on to the strategy in 2017. Traditionally, China had been cautious of Korean peace for fear that it could lead to Korean reunification and the elimination of its “strategic buffer” in North Korea. Yet, in the era of the UNC’s revitalization, China has adopted the decisive diplomatic strategy that could deliver the peaceful dissolution of U.S.-led multilateralism in Northeast Asia.

It is not just the UNC that harnesses the North Korean threat for its legitimacy. Other U.S.-led initiatives have relied on this threat for their execution. The controversial 2017 THAAD deployment in South Korea — which laid down U.S. missile-detecting radar capable of surveilling both North Korean and Chinese territory—was billed as a measure against North Korea alone. Japan’s deployment of the U.S. Aegis missile defense system, though aborted, was promoted as a defense against North Korea even though its capacities also extended to China. In the midst of these controversial security upgrades, majority support in Japan and Korea for the U.S. security partnership has not wavered. Would these critical security upgrades have been possible if South Korean and Japanese publics did not see North Korea as an immediate threat?

In the modern era of U.S.-China competition, a robust multilateral security presence in Northeast Asia is essential. However, this multilateral presence currently relies on North Korean aggression for its legitimacy. A Korean peace agreement thus presents a severe threat to the revitalizing U.S.-led architecture in Northeast Asia: it undermines the architecture’s basis in both public opinion and law. Given the chance, China will exploit these weaknesses via the United Nations and bilateral relations with Korea and Japan. Therefore, it is not surprising that China has adopted the diplomatic strategy that elevates Korean peace talks to the highest-priority level.

Though the peace initiative crumbled with the demolition of the Kaesong Liaison Office, it will reconstitute when North Korea sees fit. In this crucial window, the U.S. and Western allies must begin the challenging task of re-legitimizing their security presences in South Korea and Japan, even in the context of lasting Korean peace. 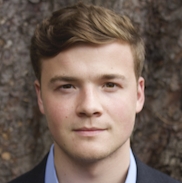 The author is a Research Fellow at the Yonsei Institute for Sinology in Seoul, South Korea. He previously worked for the National Assembly Research Service in Seoul, investigating the U.S.-Korea alliance. His work has been published by the Council on Foreign Relations. Ben holds a Bachelor’s in International Relations from Stanford University, with a minor in Mechanical Engineering. He is a U.S. citizen.