In an attempt to tighten the screws on Ukraine, Russian President Vladimir Putin, on April 24, signed a decree, simplifying the procedure for granting citizenship to the residents of Donetsk and Luhansk. This was followed by another decree signed on May 1 which widens the scope to include the whole of Ukraine and also certain stateless people who lived in Crimea but moved away prior to Russia’s annexation of the region in 2014. The decrees signed are different from Russia’s migration policy in the sense that those who accept the offer are not necessarily required to renounce their Ukrainian citizenship in order to be naturalized as Russian, which would otherwise be the case.

The Russian side has defended the move claiming that the decrees were introduced with a view to protecting human rights and freedom and for humanitarian purposes. The decrees make it obligatory for the Ministry of the Interior of the Russian Federation to determine the procedure for receiving citizenship applications and granting decision on those applications within three months from the date of submission.

The newly elected Ukrainian President Volodymyr Zelenskiy criticized the move as a threat to Ukraine’s sovereignty and called on other governments not to recognize the new passport. In a response measure, President Zelenskiy also announced that he would offer Ukrainian passports to dissident Russians. Whether this countermeasure would serve any real purpose (in terms of countering Russian objectives) needs to be seen, what begs the question is the larger objective that Russian President Vladimir Putin aims to achieve by this move.

It is not the first time that Russia has used granting of citizenship as an instrument of strategy in conflicts in the post-Soviet region. In the past, Russia has used a similar approach in Transnistria in Moldova and Abkhazia in Georgia. Granting citizenship enables Moscow to maintain control over the separatist regions and prevent the conflict from being resolved. This hinders the prospects of these countries from joining Western institutions including the EU and the NATO.

Moscow could also use granting of Russian citizenship in Donbass as a justification for further involvement in the region and as a tool for boosting pro-Russian sympathies. From a long-term perspective, the presence of a large number of Russian citizens in the Donbass would guarantee that Russia retains influence over the region, even if it were to someday reintegrate into Ukraine. On the other hand, if Russia’s strategy of keeping Ukraine under its influence were to fail,  it could then use the argument that there are Russian citizens to be defended and in order to do so coerce Kiev to agree to its demands or face the threat of military escalation.

Such a scenario is not unlikely as the governing ideology of the Russian Federation today is Russian nationalism the goal of which is to protect not only Russians living in Russia but also those living in foreign territories. In this regard, new Russian citizens in Donbass would become an important part of the Kremlin’s strategy to keep Kiev or at least part of it under its influence. The signing of the decrees, however, does not mean that Russia’s strategy towards Ukraine has changed or that it wants to integrate Donbass into the Russian Federation. The plan going forward for Russia is that it wants the government in Kiev to agree to two fundamental Russian objectives, first, grant Donbass greater autonomy within Ukraine and second, introduce constitutional reforms leading to the federalization of the country.

For Kremlin, a federal Ukraine is a way by which it could protect the rights of minorities like Russian-speakers from radical Ukrainian nationalists. On the other hand, a federal system could turn into a mechanism that could allow regions to secede and join Russia or to say the least the decision making in Kiev would constantly be subject to approvals from regional governments some of which may be closely aligned to Russia, as could be the case of Donbass. This would inevitably give Moscow control over Kiev’s allegiances and policies.

For the Ukrainian government, such Russian objectives are unacceptable as the fulfillment would lead to nothing more than a political crisis. The biggest challenge now for the Ukrainian President is to address the threats posed by Russia both in the short and the long term. During the election campaigns, President Zelenskiy criticized Kremlin for its annexation of Crimea and the war in Donbass, while at the same time expressed interest in Ukraine’s eventual membership in NATO and the EU. With challenges such as these, the new President would have to walk a tight rope between how he answers to the threats posed by Russia at the same time ensuring that the door to joining the Western institutions remains open. 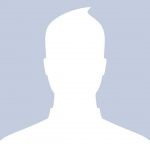 The author is a PhD candidate at the Faculty of Political Science and International Studies, University of Warsaw, Poland. His primary research interests include European geopolitics, the role of Germany in Europe and Russia’s foreign and security policy.