Climate change is one of the biggest challenges of our time and has the potential not only to decelerate development processes but also to present as a governance challenge to the international community. With mitigation and adaptation strategies developing at a global scale, climate change is becoming increasingly important in the realm of International Relations. India and the European Union having shared values of democracy, rule of law and human rights are also equal partners of the belief in sustainable development. Both actors recognize the vulnerability arising out of climate change and environmental concerns, as acknowledged in their joint declarations. EU-India initiatives on climate change revolve around clean development mechanisms, clean technology, adapting to climate change and integrating adaption into sustainable development strategies.

Subsequent to the withdrawal of the United States from the Paris Agreement on Climate Change, the EU is well positioned to lead the climate agenda. The EU has not only long been committed to tackling climate change through robust policy making at home since the early 1990s, but also continues to be at the forefront of global climate action, negotiating for an inclusive international framework to respond to this challenge. In this context, the Union as well as India become key players in clean energy transition and contributing towards global efforts to mitigating and adapting to the negative effects of climate change.

In the 15th India-EU Summit held on July 15, 2020, India and EU resolved to step up cooperation in environment and climate change and committed to extending the ambit of collaboration in areas of water, air quality and climate change. The leaders from both sides reaffirmed their commitment towards the implementation of the Paris Agreement, in addition to strengthening the India-EU Clean Energy and Climate Partnership agreed to at the 2016 Summit. India and EU have become key stakeholders in the global efforts to combat climate change owing to their similar concerns and consensus in their agendas. Given multiple reports pointing towards extreme climatic conditions, it creates a subsequent need for the two players to further work together to share knowledge and expertise regarding research and development, scientific and regulatory support and for intensifying their cooperation at the bilateral level by setting targets at the domestic level.

In the path of convergence of intentions, ideas and agendas on climate between the two players, there have also been several constraints in their partnership. Sharing of responsibilities between the developed and the developing world has been focal in their divergence of approach. The Kyoto Protocol and the United Nations Framework Convention on Climate Change (UNFCCC) introduced the concept of “common but differentiated responsibilities” which stressed that parties should act in a manner to protect and safeguard the climate system on the basis of equality and in accordance with their common but differentiated responsibilities and respective capabilities. These included commitments for the developed countries to curb greenhouse gas emissions, while allowing numerous concessions towards the developing countries for the same.

This created a global acknowledgement of the differences in responsibility for causing the temperature rise of the planet. In this context, EU and India find each other to be diametrically opposed to each other in climate change negotiations, particularly on the issue of legally binding measures on emission gaps. Since the emission of GHGs is understood to be the primary cause of global warming and subsequent climate change, the Protocols on climate mandate industrialized nations along with the EU to categorically cut down their emissions, while developing nations across the globe are expected to voluntarily comply. A number of developing countries, including China and India were exempted from the treaties and refused to accept the legally binding targets on emission reduction, while calling upon principles of equity to push for stronger action by the developed countries.

In addition, there also persist multiple institutional and policy issues that hinder cooperation between India and EU on the climate programme. As suggested by the Expert Group on Low Carbon Strategies, mitigation cannot be achieved without substantial international financial support. International negotiations do create consensus on agenda, but have been unable to provide the required technology transfer as well as adequate financing to facilitate climate change mitigation and adaptation. The developed countries across the globe have repeatedly failed to provide development assistance to developing countries to meet their development challenges and adopt environmental-friendly mechanisms for development. Although India has maintained that developed countries should give 0.7 percent of their GNP as development assistance, the EU and its member states have been unable to do the same.

Although the EU is considered as a leader in international negotiations on climate change, the Union often finds it difficult to evolve a consensus among its member states due to their divergent approaches on their stand on international forums. Often, decisions adopted at the EU level are not fully implemented by the member states and there have been cases of different interpretations of the agreed measures as well. Member states are likely to be emboldened by their nationalist narratives, and their lack of political will and coherence creates difficulties in establishing comprehensive and collective European solutions to climate change.

Further, India on the other hand, also needs to take a number of steps to strengthen its business and policy mechanisms in order to emerge as a prime destination through foreign investment for doing business in the clean energy sectors. Although liberalisation of the Indian market allows more foreign investment, the Europeans have long perceived that the Indian market is yet to be opened for investment in many sectors, creating a hindrance to the future of EU-India cooperation. Further impediments for European businesses also include cultural differences, lack of intellectual property right enforcement and slow administrative procedures.

Despite divergences in approach, India and EU are well positioned to assume the leadership role to steer forward the climate agenda. They are working on their domestic targets of INDCs as submitted before the Paris agreement, and are also partnering with each other on energy efficiency where cooperation is focused on solar parks, smart grids, off-shore wind projects, clean energy research and innovation. Although EU is an active partner of India’s flagship programmes like Clean India and Clean Ganga, it would be favourable if European business groups came with technological as well as business innovations compatible with the social structures and needs of India. This would not only allow the European counterparts to engage fruitfully with the infrastructure in India but also enable strengthening of partnership.

Further, the two actors are required to undertake a long-term approach in order to link innovation support with market uptake incentives and other support measures. This will allow both India and EU to identify and exploit synergies between climate action and development planning.  Given the disjoint in their take on equitable contribution towards emission cuts, it is paramount for the two actors to understand different national circumstances and cooperate for the full implementation of the UNFCCC. India and the EU must strengthen partnership on research and innovation front in order to jointly support global efforts to tackle climate change with the latest available science and technology. The EU must also focus on confidence building measures within the supranational structure of the Union to engage the member states in a more collective partnership towards climate change. This will enhance cooperation on investments in infrastructure in view of climate change mitigation and adaptation, notably in the energy sector.

Through recent summits and initiatives on climate change cooperation, India and the EU have not only achieved concurrence in their agendas but also come to understand that they share similar concerns over the threat of global warming. These majorly revolve around energy efficiency and clean energy transition from non-renewable to renewable sources. Given the distrust in the international community created through the global health crisis, it becomes the need of the hour for cooperation on climate change to present India and EU as equal partners with joint responsibility to strengthen cooperation in order to achieve sustainable growth for both. 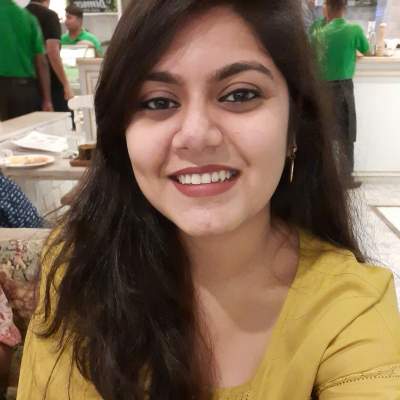 Shreya Sinha is a Doctoral Candidate at the Centre for European Studies, School of International Studies, Jawaharlal Nehru University. She holds her M.Phil. and MA degrees from the same school at JNU. She holds her Bachelor’s degree in Political Science and History disciplines from St. Stephen’s College, Delhi University. She has also been awarded the Junior Research Fellowship in Political Science by the University Grants Commission.